It’s sort of turned into a dry river bed with some puddles and streams here and there.

“Even from difference from last week to this week, I see a lot of dirt in that river right now. Not near as much water,” said Jason Casuga, CEO and chief engineer of the Middle Rio Grande Conservancy District.

Chopper 4 got a bird’s eye view of just how dry it is right now.

At the I-40 overpass over the Rio Grande, there is mostly just mud and dirt. 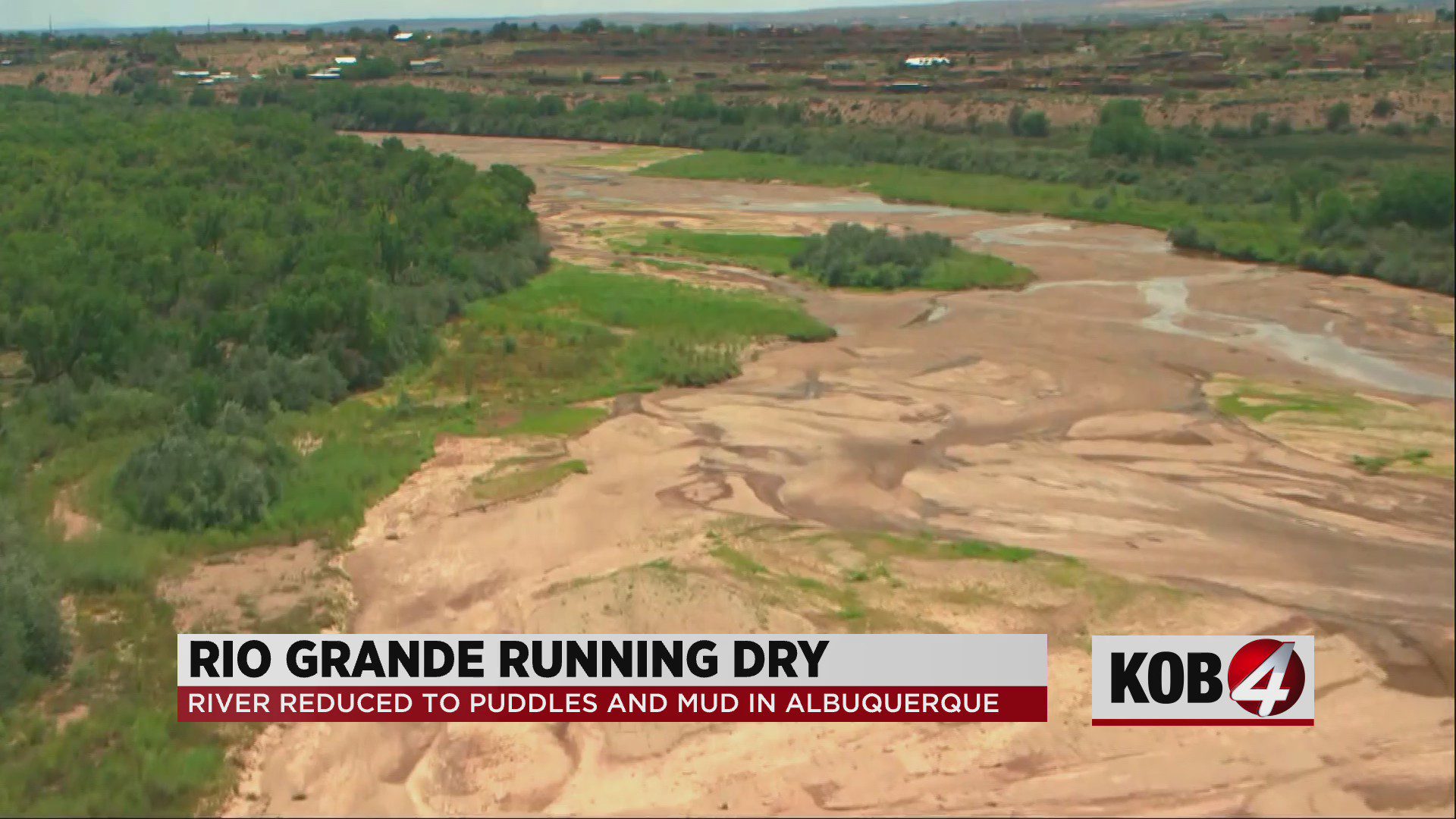 Moving south of the I-40 bridge, the bridge on Central running over the Rio Grande is the same story – mostly mud and dirt.

“It’s just that shallow, you can see ’em and pick it up with your hands,” said David Silva.

Casuga had one final word:

“If I can end on anything, I end with, ‘if you’re a praying sort of person, pray for rain,” said Casuga.