ALBUQUERQUE, N.M. – A man accused of carjacking a nurse at the Albuquerque Sunport, kidnapping a good Samaritan, and leading police on a chase was just released from custody this week.

The court released Kevin Donovan on the condition that he goes to a mental health facility for treatment. It was brought up in a previous hearing, but the woman who was hurt during the carjacking says it’s not enough.

“I had a concussion, I have a fractured wrist, I have a partial fracture of the orbit right here,” said Angie Leonard.

Leonard is reminded every day of the trauma she endured at the Albuquerque Sunport back in March.

“It’s a lot. I don’t sleep a lot, I have nightmares. I’m just really going through it,” Leonard said. 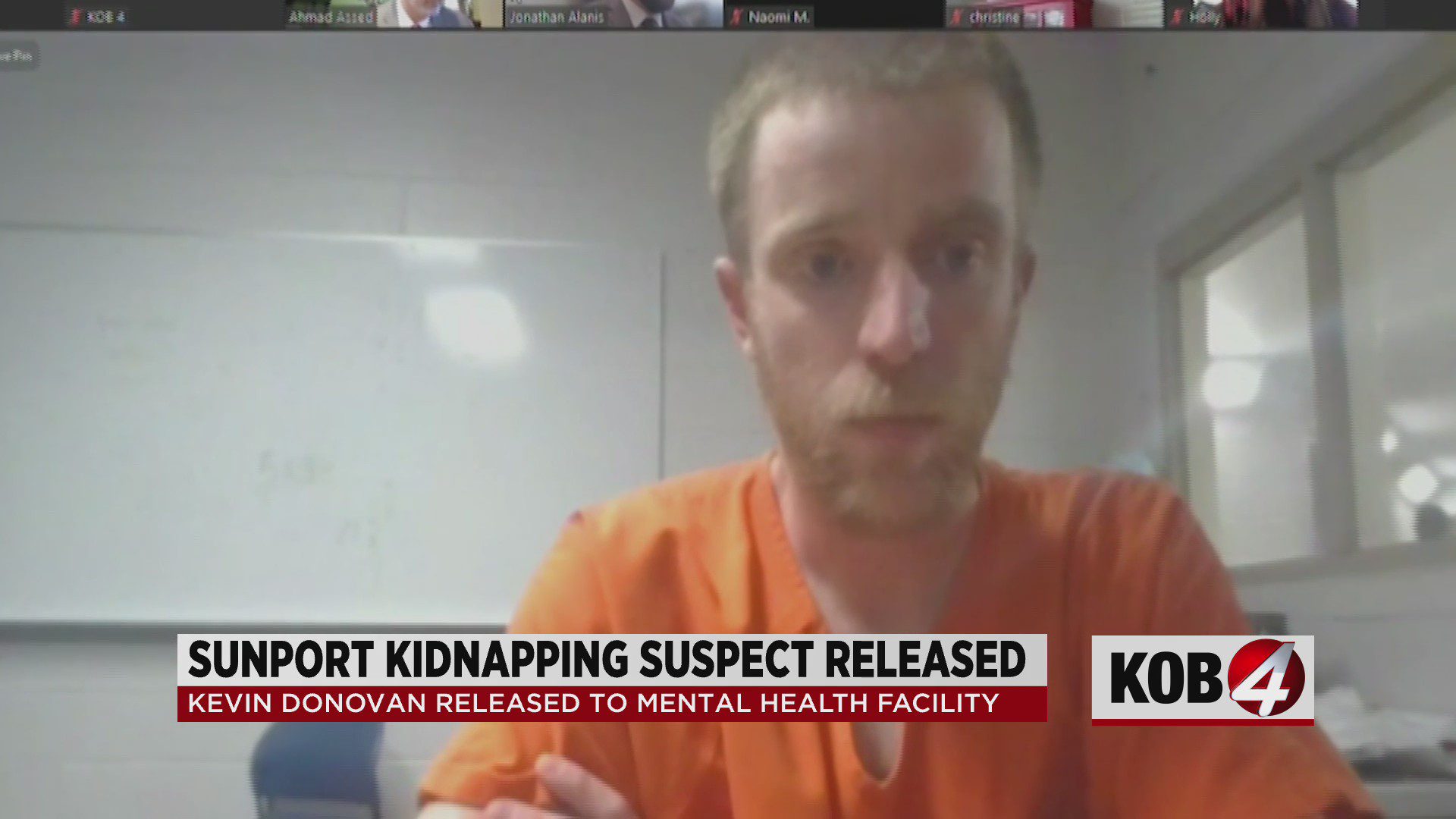 Leonard is a traveling nurse and was in Albuquerque for work. She was on her way back to the airport to get her luggage that was lost when she arrived.

“I had been calling all day to find my bag, so I was really excited,” she said.

Austin Ochoa, who works to return lost luggage, was the one who found it. He told Leonard to meet him at the arrivals’ section of the Sunport.

“I jumped out of the truck I came to the passenger side and I gave him a hug and I said ‘Oh my God, thank you,’” said Leonard.

As Ochoa was putting the bag into the back of the car, Angie says, Kevin Donovan got into the driver’s seat of her rental car.

“He didn’t say anything, and that was the scary thing,” Leonard said.”I was like, ‘what are you doing? Get out of my car? What is going on right now?’ Then he looked at me and those eyes, I was like, ‘oh no.’ Then I went to back out and that’s when everything started happening.”

She says Donovan took off.

“The door flew back and hit me in my face and then, of course, my wrist got stuck in the door kind of slammed in the door and I kind of went backward, and then I just started yelling ‘Oh my God, I need help.'”

Ochoa tried to get the suspect out, but instead found himself stuck inside the car.

“He kidnapped the guy,” said Leonard.

Ochoa was able to escape when he says Donovan slowed down just enough for him to get out.

According to the criminal complaint, Donovan was arrested following a chase with police.

During a previous hearing, his attorneys argued he should be released, saying Donovan has no criminal history and suffers from mental illness. Instead, they suggested treatment instead of jail.

While the judge denied pretrial release at that time, he said he would reconsider.

“I will specifically allow a reconsideration of this decision if there’s an appropriate medical discharge plan that can address the behavioral health issues that seem to be underlying this individual,” said Judge Bruce Fox.

Weeks later, that’s exactly what happened. Donovan was released but was ordered to take his prescribed medication and follow treatment recommendations.

She understands Donovan’s mental health issues. But from what she saw that night, she believes Donovan knew exactly what he was doing.

“I want him to go to jail because I do not want this to happen to someone else,” Leonard said.