ROSWELL, N.M. — A man was arrested late Monday after stealing a pickup truck, kidnapping a woman and leading multiple law enforcement agencies on a more than 70 mph speed chase across county lines.

The chase began following a carjacking outside a Roswell convenience store in the 2200 block of South Sunset Avenue on Monday at about 4:30 p.m. Police say Contreras allegedly approached the pickup truck, forced its driver at gunpoint to get out, and then drove away in it.

Before authorities could get there, Contreras was gone.

“As we responded there, we began to look for the suspect or stolen vehicle that was taken,” Todd Wildermuth, public information officer with the Roswell Police Department said Tuesday. 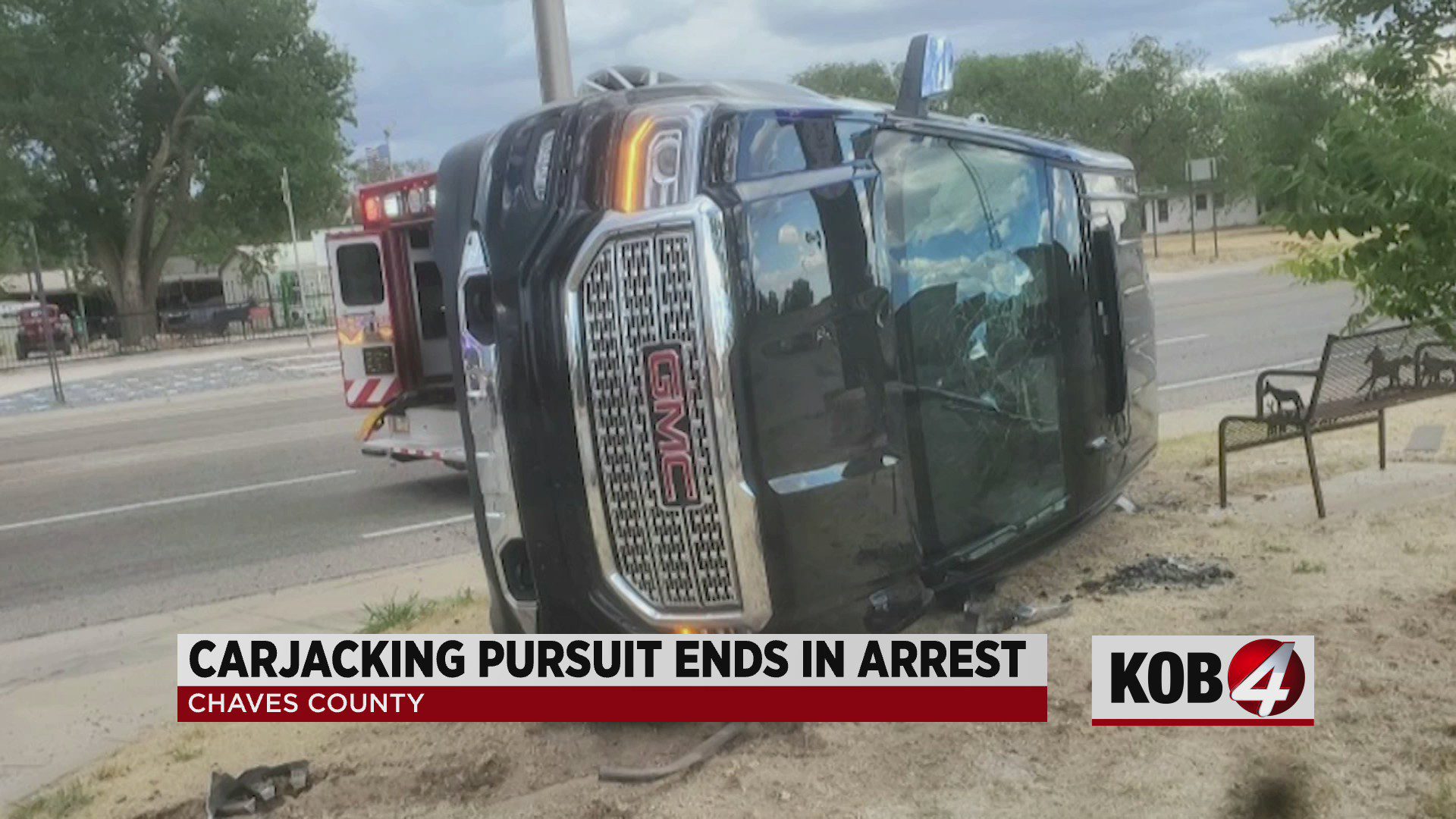 Contreras later drove to Loveless Park on Atkinson Avenue, where police allege he pulled a gun on three men and a 23-year-old woman, and forced the woman to get in the pickup truck with him and drove away with her.

“That resulted in a pursuit just a few minutes later when law enforcement did spot the vehicle. The vehicle went at high rates of speed throughout different parts of town,” Wildermuth said,

Throughout the pursuit, which police say at times reached up to 100 mph, the truck Contreras was driving reportedly ran multiple stop signs and red lights, driving on the wrong side of the road and forcing other vehicles off the road.

At one point, police say, Contreras nearly drove the pickup truck head-on into a police vehicle, but the woman who was with him grabbed the steering wheel, causing the vehicle to miss it.

Eventually, the chase headed east on U.S. 380 out of Roswell towards Tatum.

New Mexico State Police and Lea County deputies soon joined the pursuit. As the pickup approached Tatum, police say the pickup hit spike strips, causing its tires to deflate and the pickup to fall on its side and crash.

Contreras and the woman were treated for minor injuries.

Police say Contreras, who as of Monday night was being held at the Chaves County Detention Center is now charged with four counts of aggravated assault with a deadly weapon. Additionally, he is charged with one count each of armed robbery, kidnapping, aggravated fleeing a law enforcement officer; felon in possession of a firearm; interference with communications and aggravated assault on a peace officer.

Court records state that Contreras is scheduled to appear in Chaves County Magistrate Court for his first appearance Wednesday. A motion has also been filed in New Mexico’s Fifth judicial District Court to hold Contreras in pretrial detention pending trial.