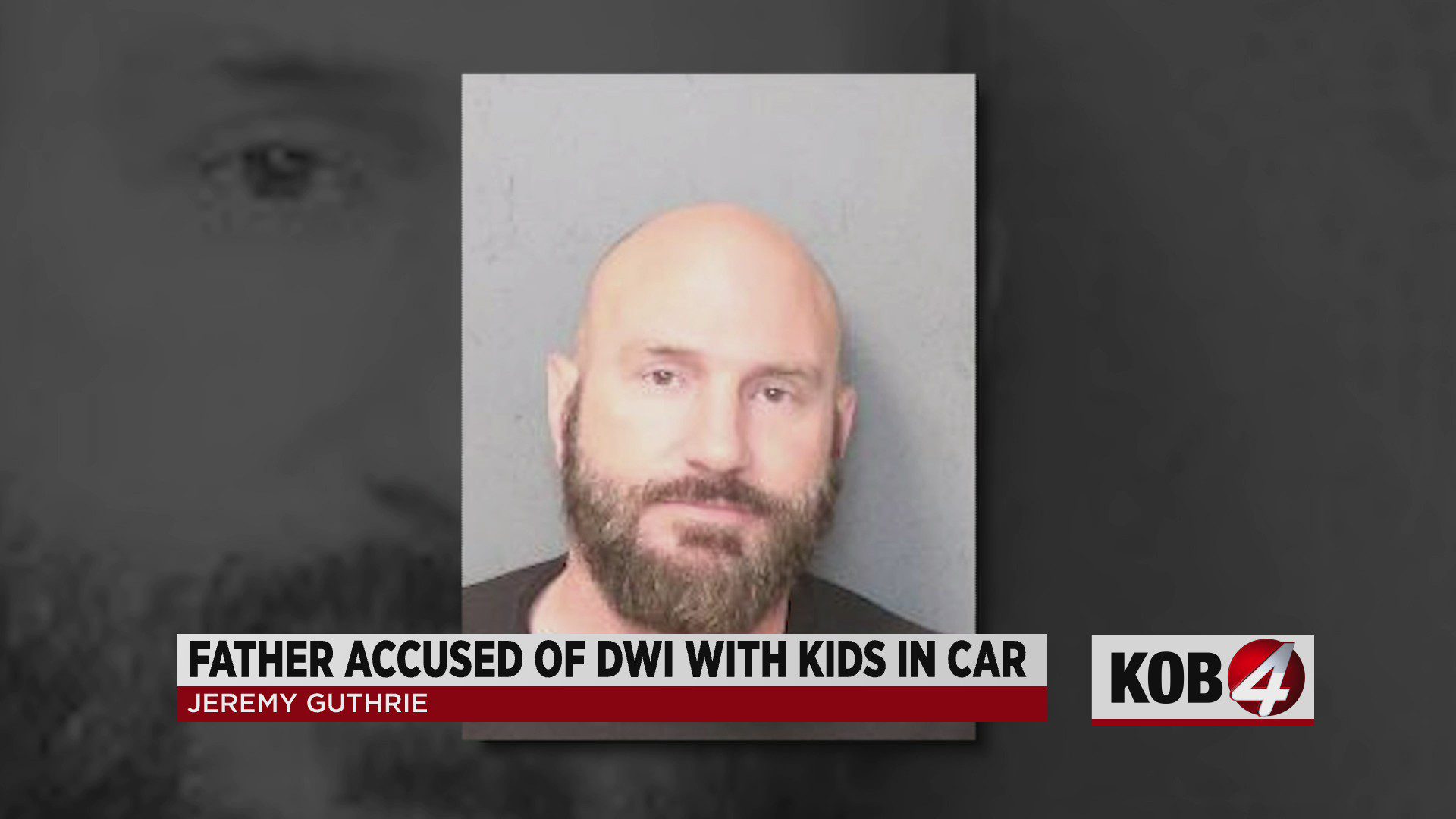 ALBUQUERQUE, N.M. – An Albuquerque man is facing child abuse charges Wednesday after he was arrested for suspected DWI.

Investigators say not only was he driving drunk but he had six children in his car. It wasn’t enough to keep him behind bars.

Jeremy Guthrie made his first court appearance virtually from the Metropolitan Detention Center Wednesday, just one day after he was arrested.

According to the criminal complaint, state police officers stopped him on I-25 near Comanche early Tuesday morning. They say he was swerving and not using his blinker.

“The mere fact that a defendant was driving a vehicle in which a child was a passenger while the defendant was intoxicated, standing alone is sufficient as a matter of law to support a conviction for child abuse by endangerment,” said the prosecutor.

According to the criminal complaint, Guthrie was driving with six minors in the car, all between 13 and 18 years old. Prosecutors revealed Wednesday that he’s not related to any of them.

“I did speak with someone who is a guardian for one of the minors, who informed me that none of the six minors are his children,” said the prosecutor.

Guthrie is now facing six felony child abuse charges on top of DWI, but his defense argued that’s a step too far.

“While those are serious allegations, they do not rise to the level of felony child abuse,” said the defense.

Bernalillo County Metropolitan Court Judge Jill Martinez did not agree but still decided to release him from jail.

“I’ll go ahead and follow the PSA and release you on your own recognizance,” said Martinez.

Court records show this is Guthrie’s second DWI offense. Despite that, the judge says he is still allowed to drive, but only in a car with an ignition interlock device.