Man gets hit by truck, shot at during morning walk in Albuquerque

“This is a very nonchalant, boring walk,” said Gallegos. “I’ve done this a year and a half, the same walk.”

But Monday morning’s walk became anything but boring. It quickly turned into running for his life.

“Sure enough I just hear wooomp, and then crrrr!” said Gallegos. “I get hit by this truck and the door is opened at the same time so it was literally like I flew in the air– I got a little busted up.”

A neighbor’s camera near Summer Avenue and Chama Street in NE Albuquerque caught the whole thing. You see a white truck enter the frame, and beeline for Gallegos. Gallegos takes off, but seconds later you can see a man with a rifle chasing him. The suspect fires one shot, picks up his casing, and runs back out of frame. 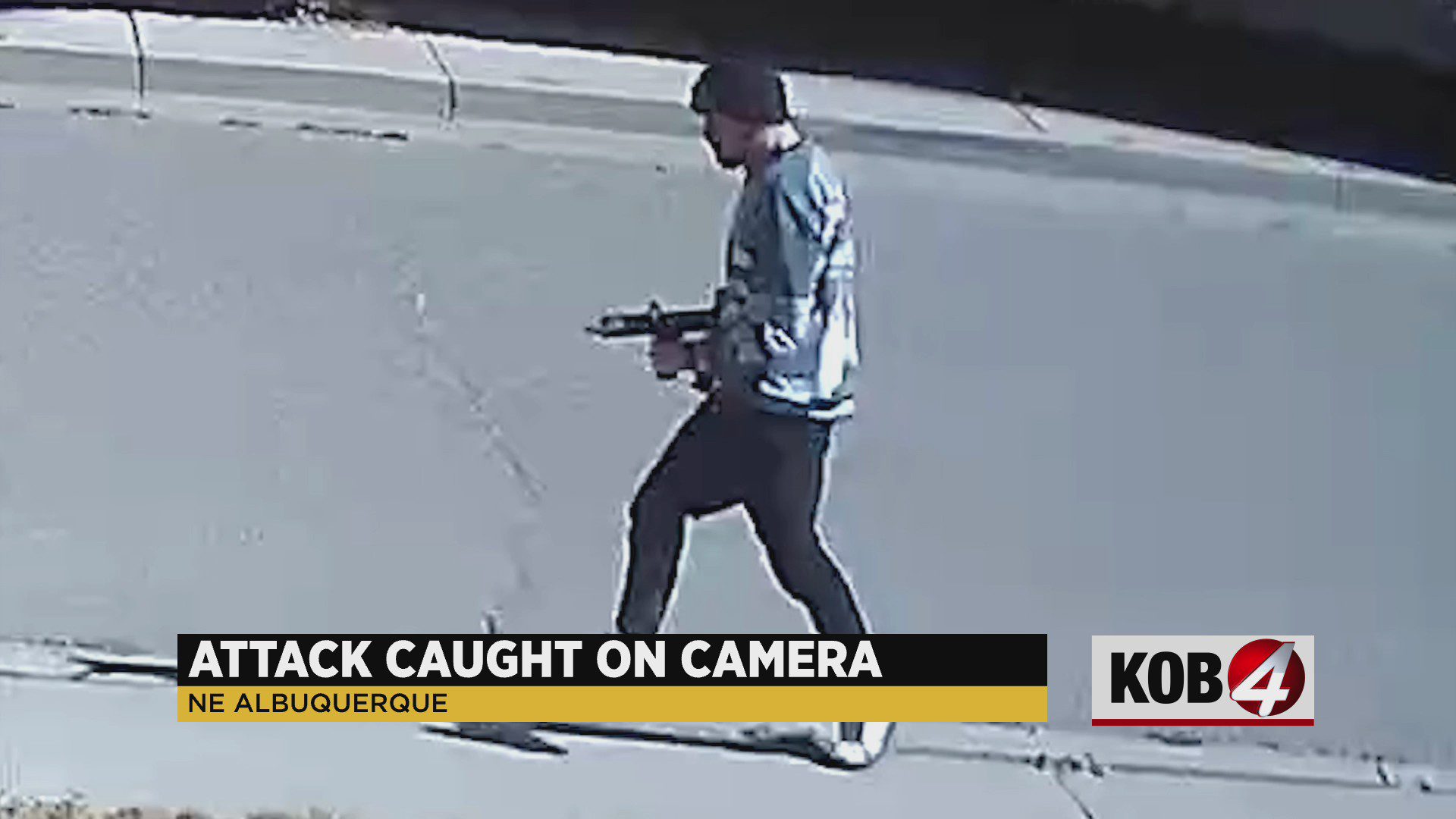 He says he was thinking about his eleven-year-old son and mother in those terrifying moments.

“I’m the sole provider of the house. You know what I mean? If they don’t have me they don’t- they can’t eat,” said Gallegos.

Gallegos claims he doesn’t know of anyone who would target him.

Gallegos’ friend is offering a $2,000 reward for information that leads to an arrest in this case.