ALBUQUERQUE, N.M. – A 2021 shooting ended with three men from the Aryan Brotherhood found dead inside a car in an Albuquerque hospital parking lot.

Now, a year after the shooting, the man who cheated death is going to federal prison after taking a plea deal this week. But the mystery still remains what led up to this gang-on-gang killing?

Richard Kuykendall is going away – but not nearly as long as he could have.

“Maybe I made a poor decision, investing my life and my money here,” said Doug Peterson, business owner.

The business owner who captured the wild and bizarre shooting on a surveillance camera in May 2021 –  didn’t know at the time – he had captured a shooting with four men, all from the Aryan Brotherhood. 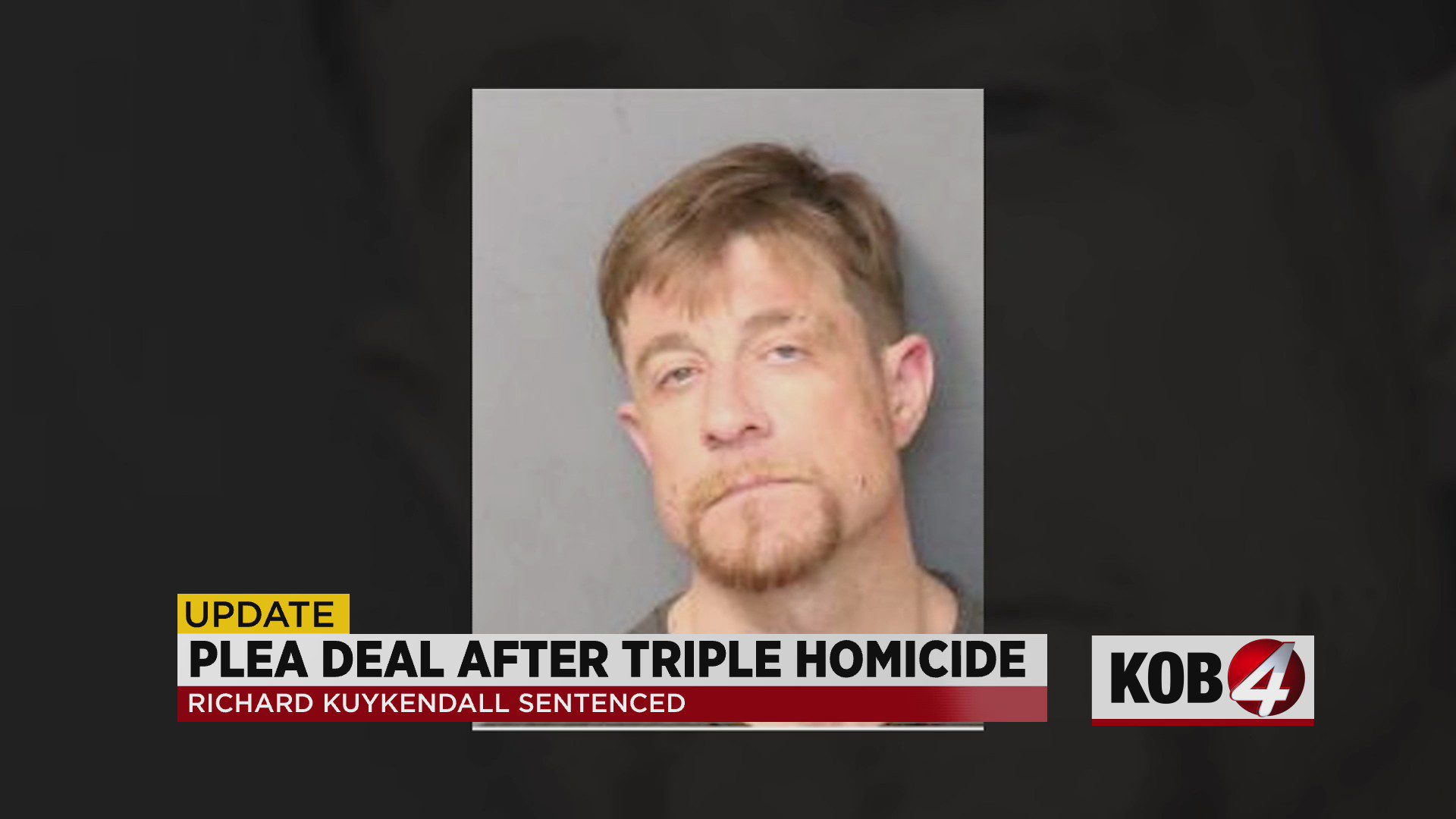 We now know after the shooting, Kuykendall drove the car to Kaseman Hospital and told a security guard that there were “three dead guys” in car and then took off down the street.

Eventually, the feds caught up with him and said his tattoos gave him away as a member of the Aryan Brotherhood – the white supremacist group that runs drugs and other criminal activity in prisons around the nation.

In federal court documents, it says Kuykendall may be “responsible” for the death of one of the three white supremacists – but not the other two – all of which are only identified by their initials.

While it does not say what led up to the shooting – it does make note Aryan Brotherhood “members are required to follow all orders of higher ranking members. In particular, members are required, when ordered, to kill without hesitation. They are also required to give false testimony in court on behalf of other members. Members who do not fulfill their obligation… are subject to being murdered.”

Kuykendall was looking at up to 10 years, he took a plea for just 18 months for being a felon in possession of a gun.

KOB 4 asked APD if they can say what went down inside that car – they say it’s still an open case but they’re not looking for any other suspects.