Man sentenced for opening fire on police in 2019 shooting

ALBUQUERQUE, N.M. – An Albuquerque man who shot at police won’t spend any time in jail. Dominic Detwiler was sentenced Wednesday, after reaching a plea deal earlier this year.

Detwiler appeared in court by video Wednesday to be sentenced for shooting at police officers. The charges are tied to a shootout back in April 2019.

Officers found Detwiler on the steps of a northeast Albuquerque apartment complex. He was the suspect in a home invasion and a 911 call said he was armed.

Officer: “Keep your hands out.”

Detwiler: “You’re going to have to shoot me dog. Do it.” 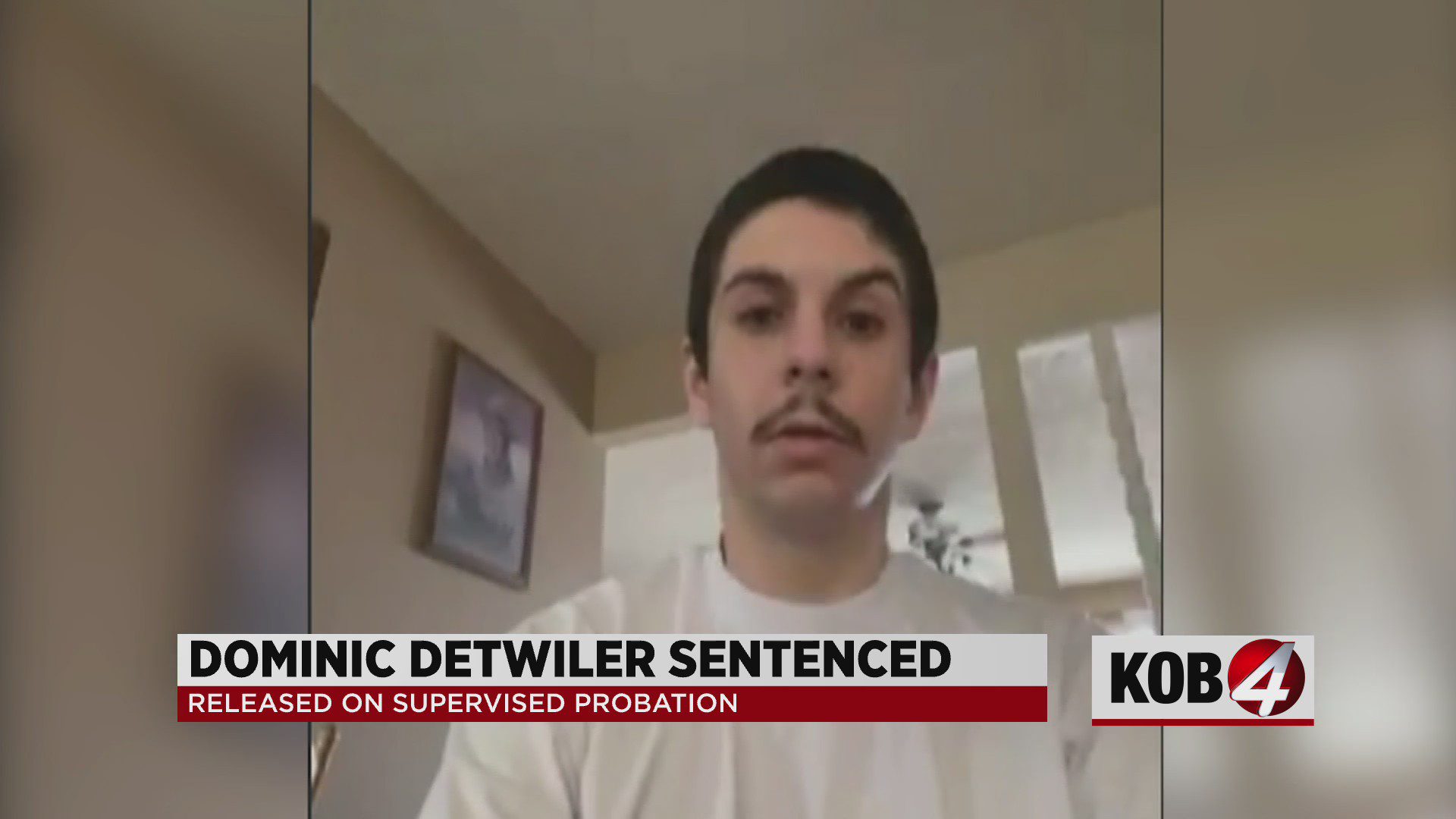 Video shows Detwiler refused to comply with commands from officers, and then he fires. Officers shot back, hitting him twice.

Detwiler spent two years on house arrest with a GPS monitor and took a plea deal back in June.

“Mr. Detwiler has done extremely well on supervision. He has maintained and abided by the very strictest of conditions and has only left for his medical appointments, which you know he has had to get some medical treatments due to the fact that he was left a paraplegic as the result of this incident,” said the defense attorney.

Under the deal, his jail time was capped at two years, followed by three years of probation.

“And the parties have further agreed that the defendant’s time on GPS house arrest would suffice as part of that period of incarceration. And so there’s really no jurisdictions at this point left to the court,” said Judge Clara Moran.

Moran said that because of the deal, she had no choice but to release Detwiler on supervised probation Wednesday. But the probation order came with a warning to follow the rules of release.

“Mr. Detwiler will have no firearms or dangerous weapons, zero tolerance under no circumstances,” said Moran.