ALBUQUERQUE, N.M. – At least one New Mexican is hoping what he does with his weapon will bring some compromise – and beauty – out of the most recent tragedy in Texas.

Garrett Veneklasan says he realized nothing will change if the conversation around guns is only between people who will never agree.

Veneklasan decided to turn over his AK rifle, so it can be morphed into gardening tools. He’s hoping fellow gun owners will follow his lead.

Watch the video above for the full story.

New Mexicans to Prevent Gun Violence will be hosting an event for Gun Safety Awareness Day on Saturday, June 4 from 11 a.m. to 2 p.m. at La Mesa Presbyterian Church in northeast Albuquerque.

There will be a live demonstration of the dismantling and forging of an AR-47 into a gardening tool by the owner of the gun. The owner of the gun is asking all gun owners to dismantle their assault weapons. pic.twitter.com/pquzbLLeSH 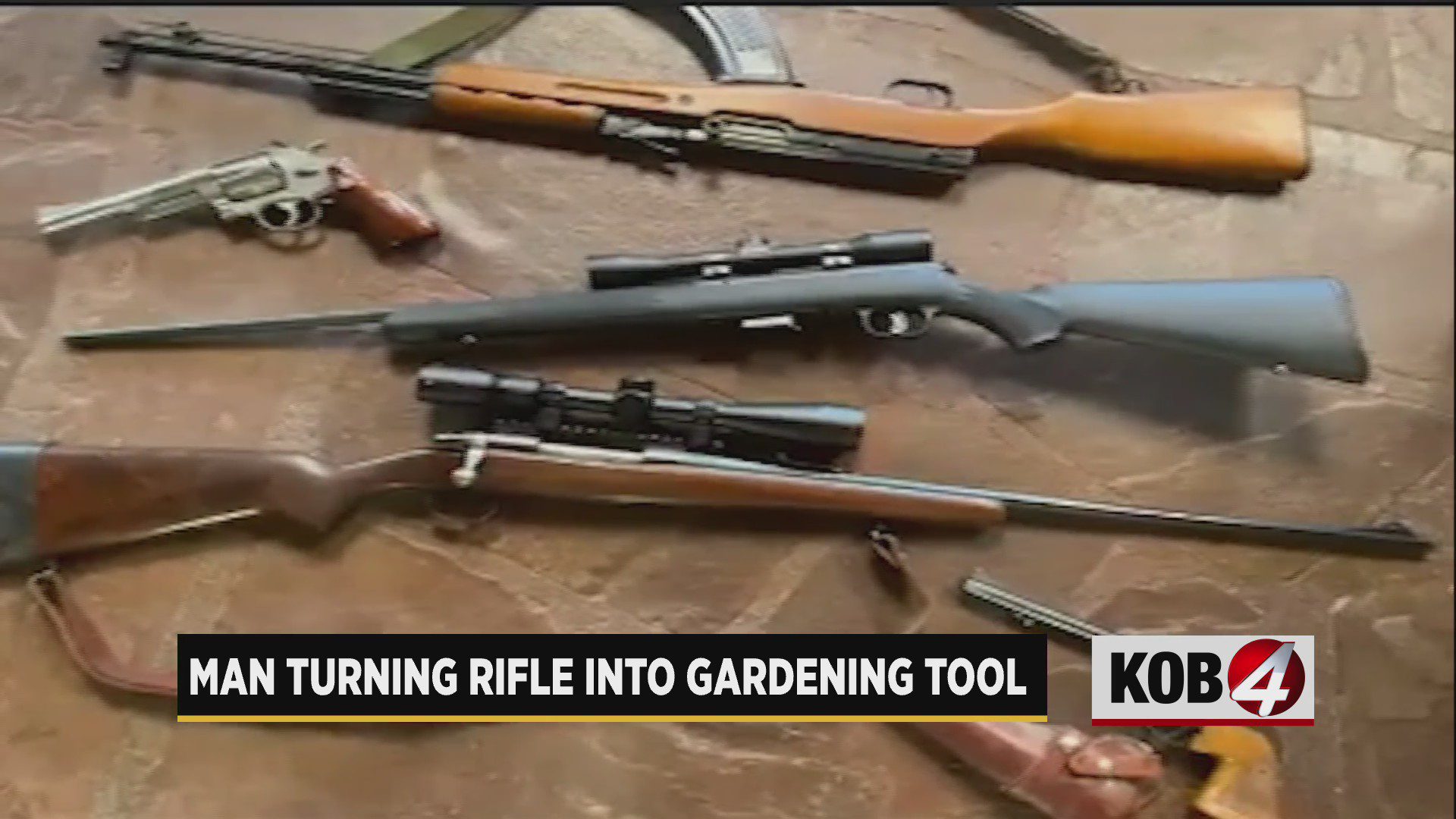