ALBUQUERQUE, N.M. — The clock is ticking for Albuquerque’s notorious Coronado Park and the dozens of people who call it home.

Keller admits city officials are still figuring out important logistics, but the mayor also said there’s no time left for waiting. He says closing the park now is the only chance at a new future, and that the property is nearing the point of no return.

“At this point, if we don’t close the park now, it will never be a park again,” Keller said.

But why make this move now, when the complaints from nearby businesses and homeowners have been prevalent for years? 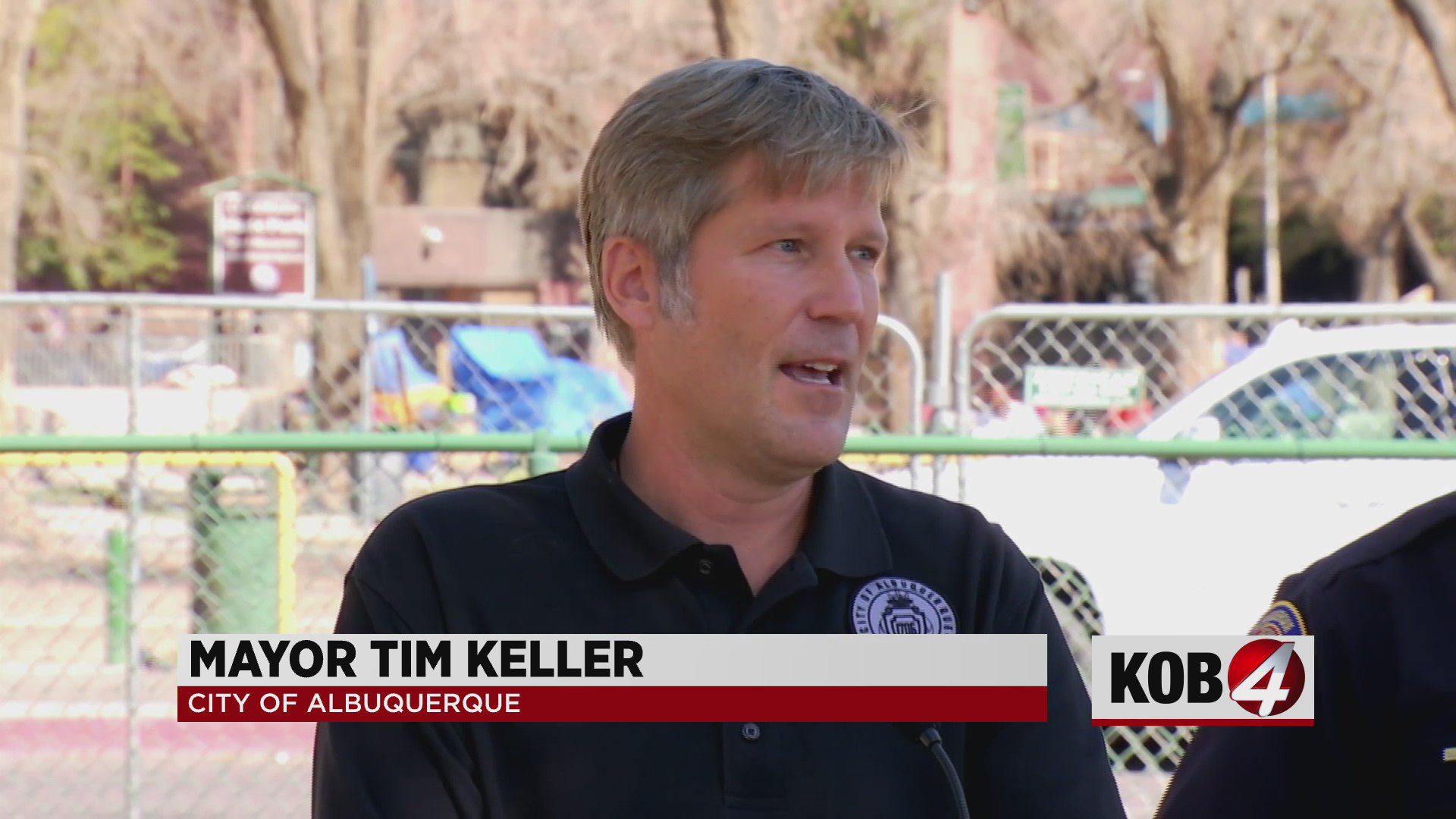 Mayor Keller said the decision to close the park came down to two issues: violent crime and drug trafficking.

“There was unanimous consensus that at a minimum, temporarily, this park has to close,” said Keller.

Keller addressed some issues with clearing the park. A 2017 settlement affects when Albuquerque officers can seize or dispose of someone’s property, which could prevent officers from forcing people out.

“We have submitted a revisions with respect to APD’s policies, to MRAC and to the CASA to clarify just what exactly counts as property,” Keller said.

Officials also revealed they are planning to move the pick-up and drop-off location for the free shuttles that transport homeless people to the Westside Emergency Housing Center.

“We are looking at all options on the table to make sure people have multiple pickup spots as they do now. But it won’t be here at Coronado Park,” said Carol Pierce, director of Family & Community Services.

He admits there are no firm plans on how the city is actually going to remove people from the property and keep them out.

Despite that, Keller said the years and years of violence at the park has to end.

“That’s the most dangerous place in the state of New Mexico,” said Keller.

According to the Albuquerque Police Department, officers were called out to the park 651 times last year and at least another 300 times this year.

“The park has turned into an area where criminals show up and prey on the vulnerable,” said APD Valley Area Commander, Lt. Nick Wheeler.

Keller said even city workers trying to clean the park and offer services have become victims.

“We can’t have that. If somebody’s there trying to help you, you cannot threaten them, this is not private property,” Keller said.

Keller said that violence goes hand-in-hand with a rampant drug trafficking problem at the park.

“In the last 30 days, our narcotics unit and the federal partners have seized one shotgun from the park, three handguns, 4,500 fentanyl pills, over five pounds of methamphetamine, 24 grams of heroin, 29 pounds of cocaine,” said Wheeler.

But Keller’s announcement came as a surprise to many – including some of the estimated 120 people living inside the park.

Many wonder if homeless people can’t live here, where will they go?

“There is an emergency bed in our community for every one of the members that are at Coronado Park right now,” said Pierce.

While they don’t have to stay at a shelter, Keller said they can’t stay at the park anymore.

“It is their choice and if they do not choose for those services, they cannot live in Coronado Park,” said Keller.

The city still hasn’t figured out exactly how they’re going to close the park or what they’ll do with it after.

Some advocates believe the city is not seeing the bigger picture.

“Why close the park, when you could solve the problem by targeting the repeat offenders?” said Ralph Dipalma.

Dipalma is a volunteer minister who has spent countless nights at Coronado Park. He says he knows just about everyone who lives there.

He says a small group of young people are behind the majority of violence and drug problems. He says fully closing the park will not solve those problems.

“Until the city makes it more difficult for the repeat offender. They’re going to keep coming here and increasing numbers as they have been,” Dipalma said.

Keller said APD has given out citations and made arrests for felony activity over the years, but says waiting for another solution is just not an option.

“It’s time for us to take action,” Keller said. “Even if it’s an action that we then have to clean up and fix and adapt to. We can’t just do this for another seven years.”