ALBUQUERQUE, N.M. — 15-year-old Manny Tapia was killed while crossing Coors Bypass in 2019. His memorial, at Coors and Ellison, has been vandalized before – and recently, it was set on fire.

Manny’s mother spoke with KOB 4 about the constant vandalism and how it has left her just as devastated as when she lost her son.

“I don’t understand what the motive would be for constantly vandalizing this memorial cross, and then to set it on fire in the daytime,” said his mother, Dionne Harding. “That’s insane, and so disturbing on so many levels.”

His mother said it has happened several times, forcing them to add cement and a fence around Manny’s cross after it was knocked over repeatedly. However, it didn’t stop the vandalism.

“We’ve already gone through so much, it doesn’t make sense to continuously torment the family over this,” Dionne said. 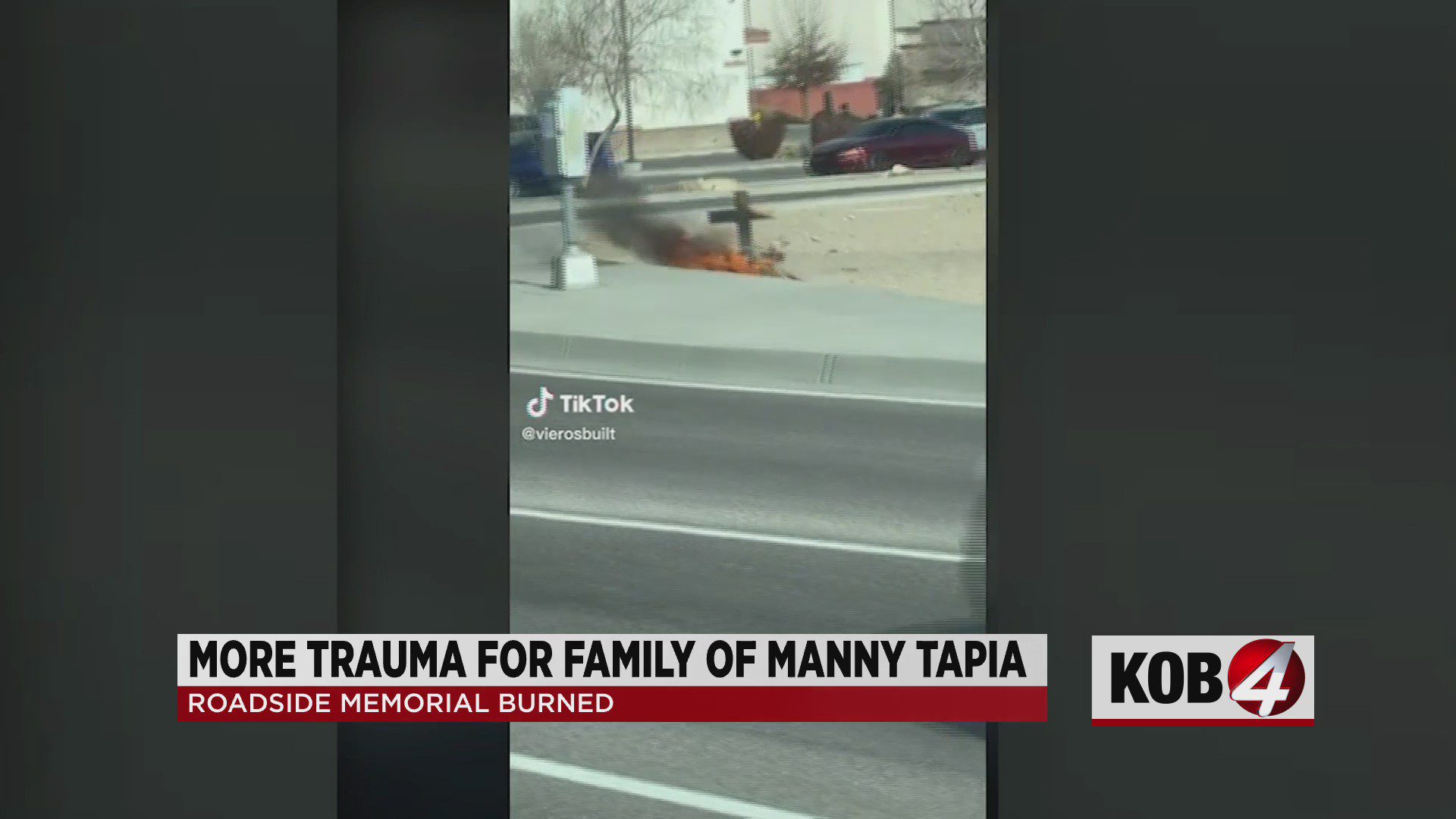 She reached out to police about reviewing traffic camera footage in the area, but they told her it is only stored for 24 hours.

KOB 4 reached out to Albuquerque police, who confirmed footage is only kept for 24 hours because there’s just too much footage to store for longer than that. APD also mentioned those caught vandalizing roadside memorials can face charges of destruction of property.

Police said they’re looking into the case, but it’s unclear who is vandalizing the memorial.