The fire is now the second-largest in the state’s history. It has grown so much that more management teams are coming in to focus on both sides of it.

Video taken by Chopper 4 showed multiple aircraft in the sky making slurry drops and bucket drops on the south side of the fire. This is the first time in about a week that the wind was calm enough for them to do so.

On the north side, the fire’s growth and spread are really happening in Chacon and Guadalupita. Firefighters there are focusing on protecting homes and containment lines. However, they say the area is so wooded that they’re having a hard time finding where the best locations would be that won’t put firefighters’ lives at risk.

“Just the amount of fuel on the ground. The logs and everything, so that still poses a threat to us of finding containment line locations. Where would be the best possible success for containment,” said David Bales, incident commander. 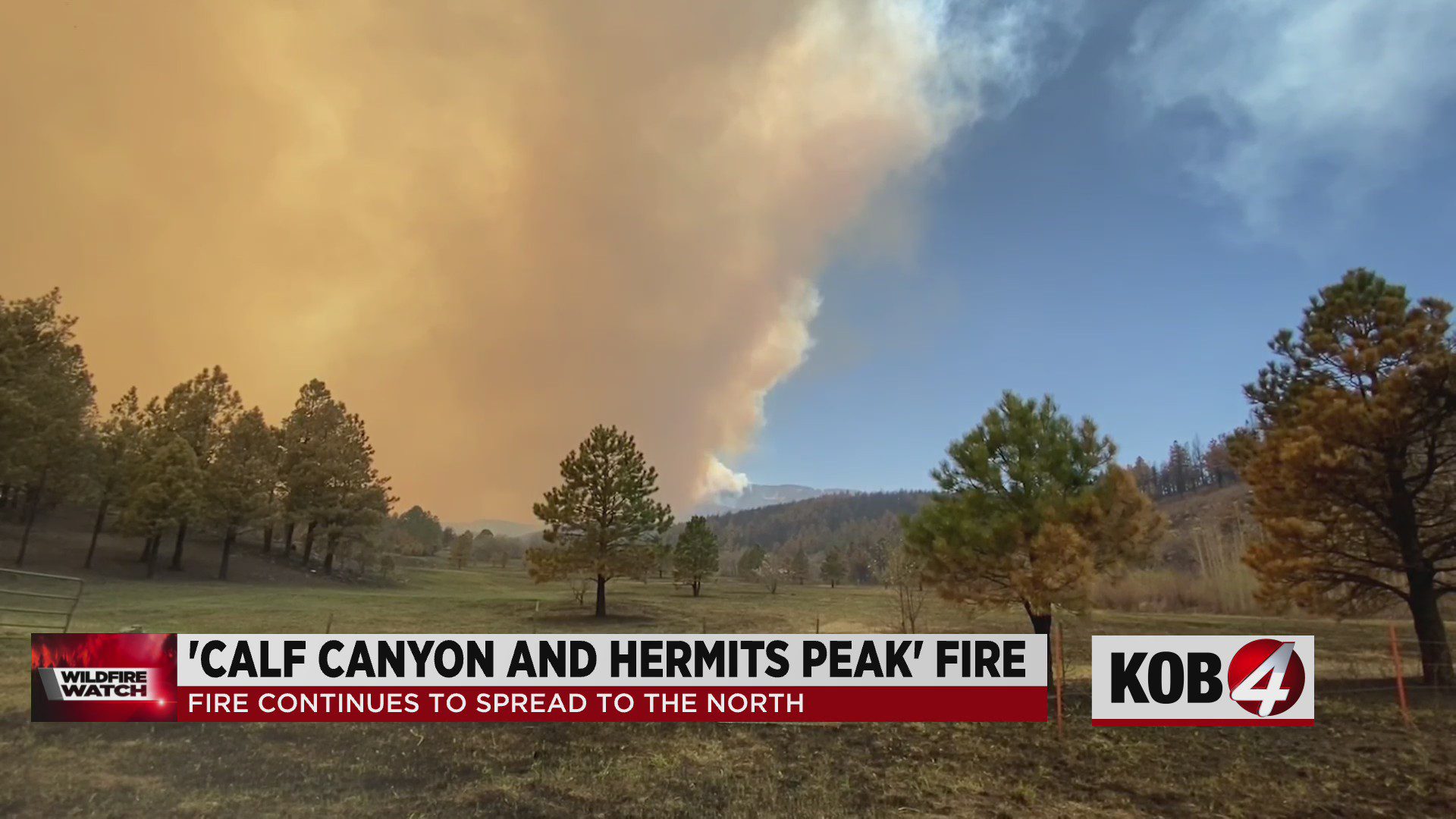 Video near Ledoux – where the fire tore through – showed hundreds of trees charred black along a road, as well as a massive dark-colored plume.

Evacuees north of Las Vegas are returning home after weeks away. Some had to leave twice after historic winds pushed the fire closer to their communities.

KOB 4 spoke with one person who lives in the area who says, thankfully, somehow his home survived. However, some of his neighbor’s homes did not.

Cause: Hermits Peak: Spot fires from a prescribed burn; Calf Canyon: Under investigation