BLOOMFIELD, N.M. – Like much of New Mexico, the Four Corners is dealing with heavy rains. In San Juan County, the bulk of monsoon storms have been localized to the rural parts of the county, leaving some back roads in bad shape, and one dirt road completely washed away.

After a storm on Tuesday, half of Road 4990 in Bloomfield vanished in the floodwaters.

“A whole lot of water came through, the culverts became inundated not just with water but debris, we are in the middle of a five to 10-year drought, so all that dead and dying vegetation bulked up the run-off considerably,” said Nick Porell, San Juan County public works director.

With the culverts jammed with debris, Porell says it only took an hour for the road to become completely flooded.

“The road was overtopped to about 5 feet, resulted in this whirlpool here on the southern side of the coverts, a sizable amount of material was moved I estimate something in the tune of 6,000 tons,” said Porell. 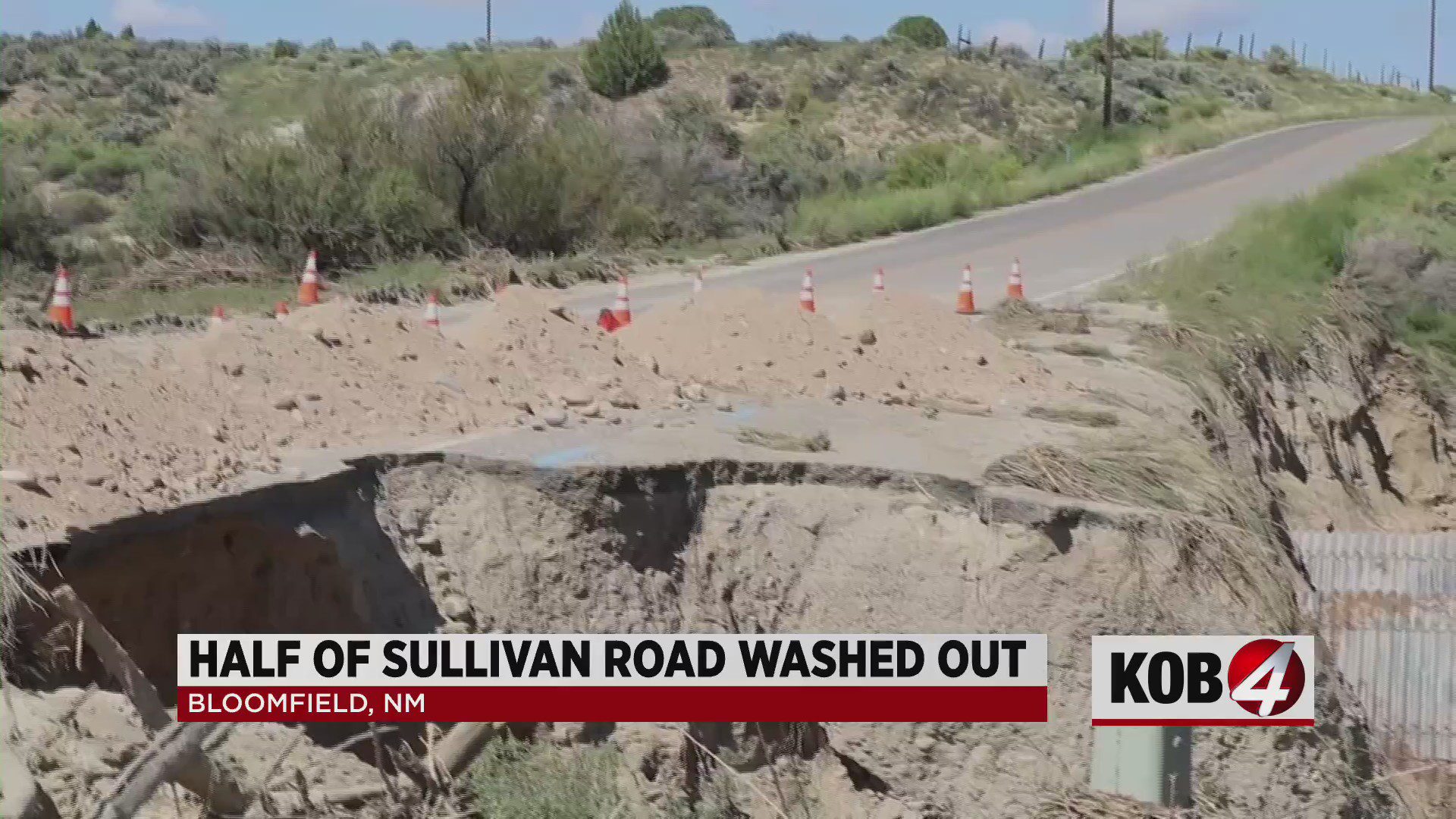 Leaving a scene that’s a stark reminder of the force of Mother Nature, and also a visual warning to obey the signs that are posted along that read, “do not cross when any water is present.”

“Whether a roadway has failed or a pothole that could get your car stuck and how quickly the water can come, I mean the water may be quite low one second but shortly thereafter that wave of flood water comes through,  you can be quickly indented and in a lot of trouble,” Porell added.

And this incident is one of many the county is dealing with.

“This summer’s been quite unique in that our monsoon season started in mid-June and I think our crews been responding to flood-related call out at least four to five times nights a week since then,” Porell said.

This road repair could cost $30,000 in manpower and equipment, and will take about a month to fix.