Montezuma continues to prepare for floods

SAN MIGUEL COUNTY, N.M. – Montezuma is one of the high flood risk areas and folks are preparing for the storms.

Las Vegas city officials said they are as ready as they can be right now and they have had lots of help from the National Guard.

“They’ve been out since last night, or since yesterday afternoon, Monday to help us protect the bridge. It’s about a 120, 130-year-old structure. So they’re helping us protect the bridge, especially the center support. In addition, they’ve been cleaning a lot of the vegetation along the river to try and make room for the water to be able to continue to flow through without any obstructions,” said Maria Gilvarry, utility director for the City of Las Vegas.

Gilvarry said if they were to lose power or the ability to pump sewage during these storms, then it could back up.

So the National Guard is also installing HESCO baskets, which are basically giant baskets that can quickly be filled with sand or gravel to create a wall against flooding. They’ve been installed around the city’s lift station, where the sewage gets lifted out of the ground and sent up to the wastewater treatment plant. 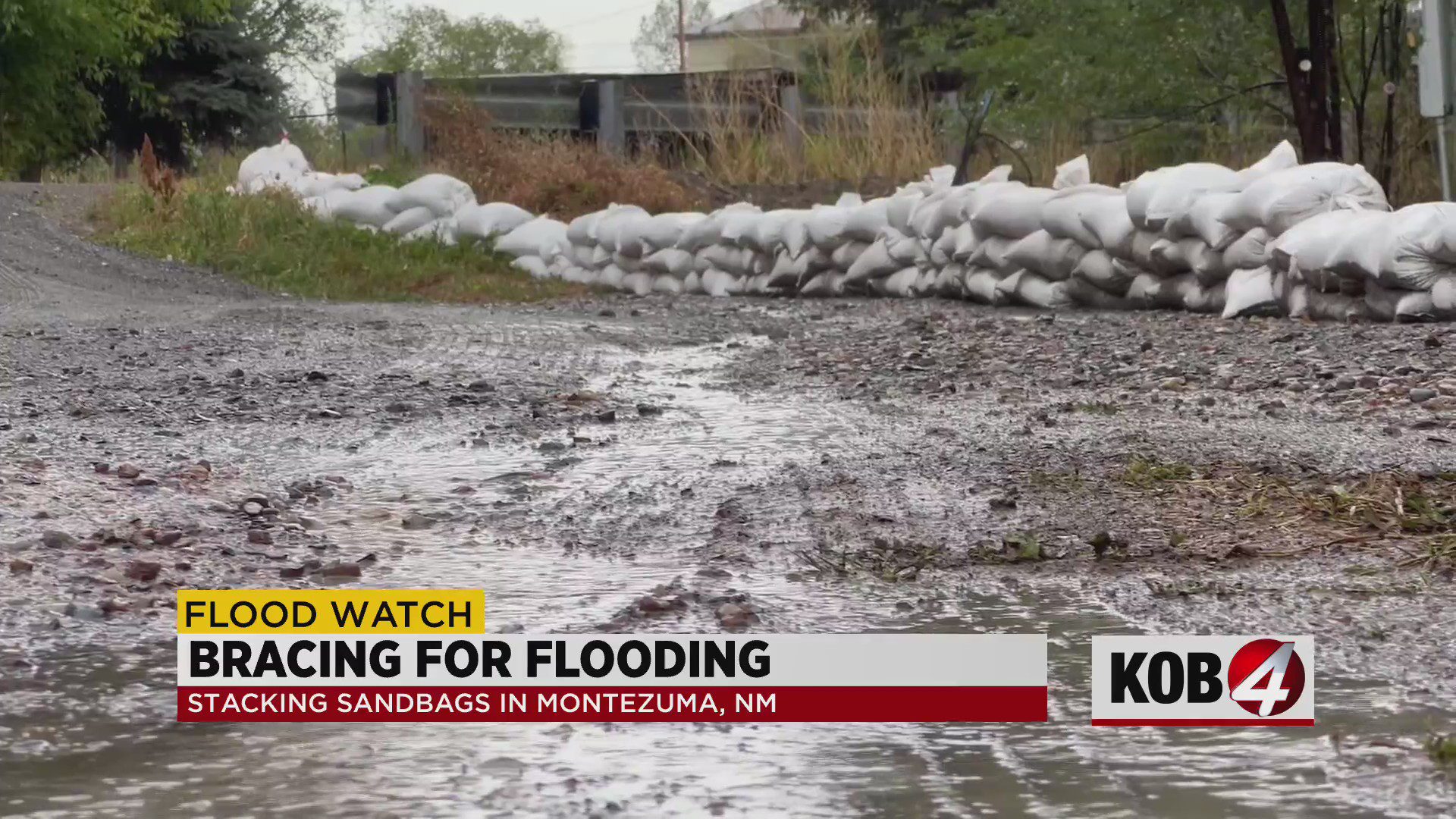 Meanwhile, the Army Corps is focused on protecting the water system underneath another bridge here in town.

“We have that bridge crossing, which is a walking bridge, has two pipes suspended underneath it, one water and one wastewater, and those pieces of structure, infrastructure need to be protected,” said Gilvarry.

City officials say they are hoping for the best but planning for the worst.

Montezuma resident Isabel Jaramillo said her family finished stacking sandbags around the two homes on their property. They said the river on their property rose close to three feet, so they decided to take a few extra precautions.

“My nephew is reinforcing the sand wall we did have up, in hopes of stopping the flooding. We’re trying anything we can,” said Jaramillo.

“We have stuff packed for, in case we need to move quick. Our animals are gone. Took them all out,” said Carla Sanchez. “We just have the little pets inside the house and that’s it. Everything else is packed in my vehicle just emergency. This time I’m not taking everything out like I did for the fire.”

The family said it’s been an emotional and exhausting couple of months between fire evacuations and now flood danger.

“You can only do so much and after that, you have to leave it to the Lord I guess. He’ll watch over us,” said Jaramillo.

Everyone KOB 4 spoke with in the community said they are on edge and are taking things hour by hour.