SAN MIGUEL COUNTY, N.M. – Montezuma residents say they’ve been on edge as they prepared for the thunderstorms through this weekend. Montezuma is right underneath the Calf Canyon Hermits Peak burn scar.

One family KOB 4 spoke with says they worry their four-foot wall of sandbags may not cut it.

The two Montezuma homes just feet away from each other belong to a brother and sister in their early 60s. The family says they’ve lived on this property their whole lives, but between the fires and potential flooding, they fear one or both of their homes will get carried away.

Especially after getting evacuated from their home because of the wildfires. 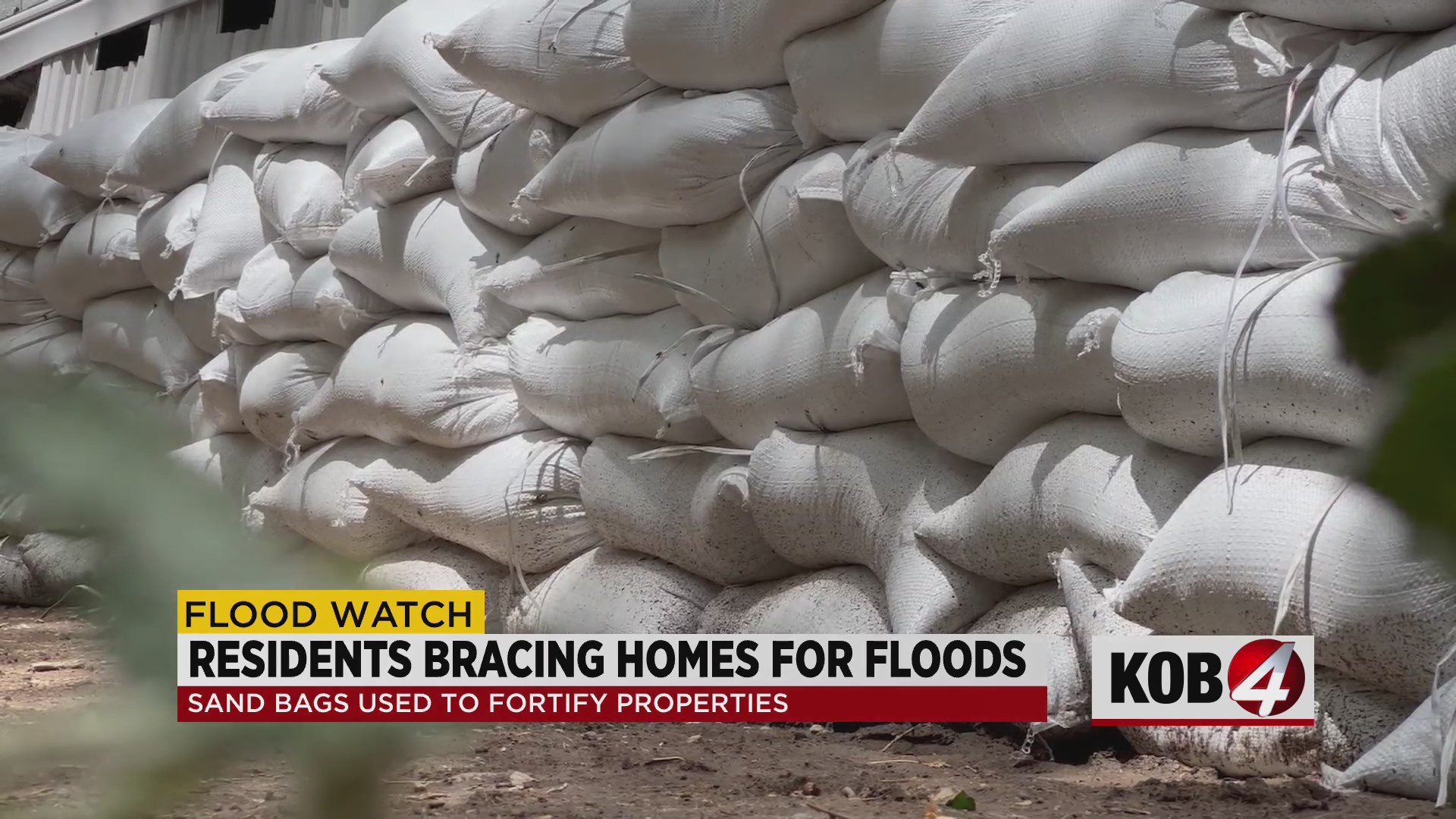 They say this is just one thing after another, and they’ve been scared to lose everything for months. The family lives just up the road from where the city has erected barriers to hopefully keep the Gallinas River from overflowing, but they are also surrounded by the acequia and a channel running behind their property. Three separate water sources that could make a devastating impact.

“They predict the water to come down in like 10-15 foot waves. I mean the river at one bank it’s 10 feet. On the other side, it’s anywhere from four to six feet,” said Jaramillo.

The rain hasn’t started yet, giving folks in the area a little more time to prepare. They say they will take all the time they can get.