MORA COUNTY, N.M. — Many people who live in Mora County are struggling right now. Hundreds of evacuees are trying to get by, and others are returning to see the damage. The Espinoza family says life has been tough.

Randy and his wife, Pauline, are staying with their son Nathan at his house in Albuquerque.

“It’s been hard, living out of suitcases, having to do laundry and take care of the boys,” said Pauline.

The Calf Canyon/Hermits Peak Fire has destroyed homes in Mora County, local officials say dozens, although no one knows how many. 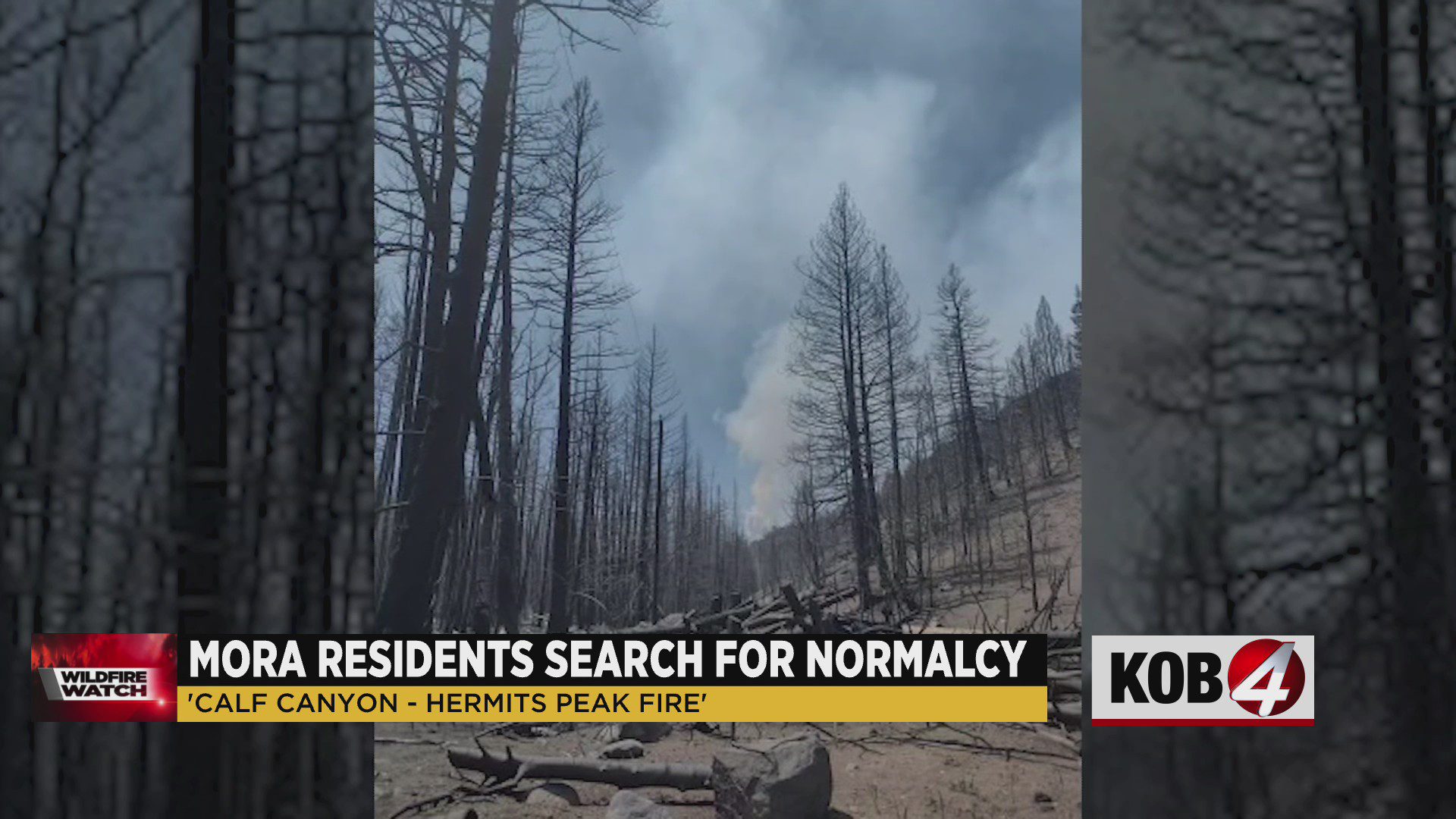 The Espinoza’s house is still standing, and the family went back recently to see it.

“Fireball. Fire, smoke. Cops going back and forth telling people to evacuate. It looked like a war zone,” Randy said.

He was a firefighter himself, but he says this one is the worst one he’s seen.

“Very ferocious. Just gobbling up all of our land, our homes, structures, and mentally, physically, economically, it just tore us apart,” said Randy.

Another effect of this fire is schools being out for nearly a month. KOB 4 spoke with two seniors.

“Having the fire so close, really in the community, is scary. You pray and hope that everyone is safe,” said Diego Aragon, Mora High School senior.

Aragon is staying with his family in Albuquerque. Amaya Rose Romero, another senior at Mora High School, is back in Mora, seeing the damage.

“It was really sad considering I’ve lived here all my life, seeing everything burned, all the mess. It hit deeper, closer to home,” said Rose-Romero.

There are mixed emotions as they look forward to prom and graduation next week.

“I didn’t get to end my senior year the way I wanted to. I’m still glad we’re able to have a graduation,” said Rose-Romero.

Mora High School will have its prom at the Gov. Michelle Lujan Grisham’s mansion next week.