ALBUQUERQUE, N.M. – Albuquerque just can’t seem to shake this past weekend’s deadly shooting at a house party on the West Side.

New videos are showing the chaos during what some on social media are calling ‘project x’. We’ve yet to confirm if APD is also seeing these same videos and using them in their investigation.

The videos show what appears to be underage drinking, crowd-surfing went wrong and lots of proof of a packed house party on Albuquerque’s West Side, before gunfire takes over.

Someone shot and killed 19-year-old Tristan Maes that night, with four others injured. 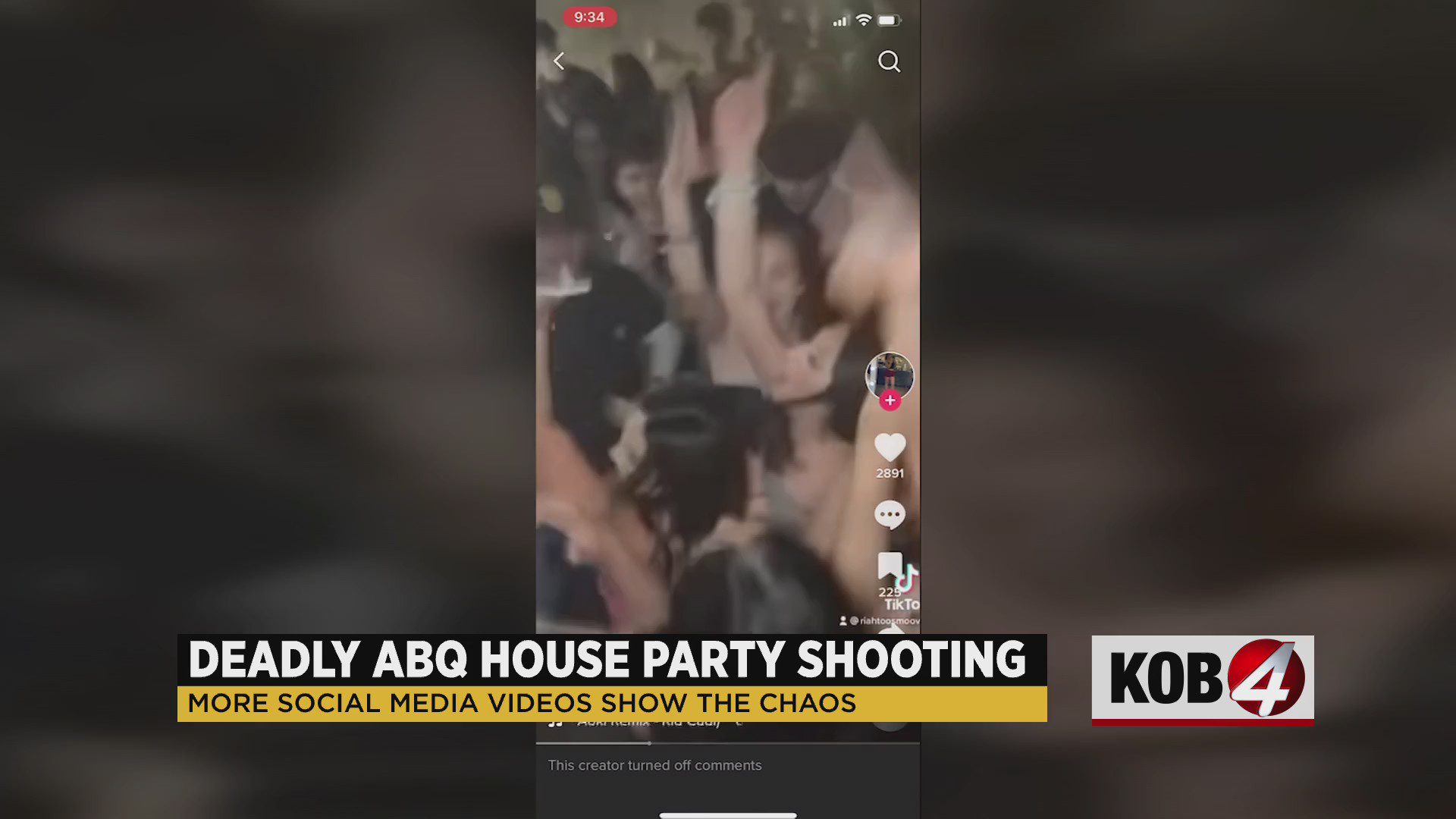 “Things have gotten so out of hand, just the behavior now of some people and again these young people with guns it’s just a scary world to me.”

Even some there that night are now second guessing Albuquerque’s party scene, posting on TikTok, ‘don’t go to parties, they ain’t worth it and they all get shot up.’

That’s a message Albuquerque police have been trying to spread for months.

“Individuals that are coming that are uninvited. They’re bringing guns and they’re shooting indiscriminately and unfortunately, they’re hitting people that had nothing to do with the incident,” said APD Officer  Hence Williams.

An APD spokesperson talked about violence at house parties last October, after this video from the view apartments near the Sunport made its rounds on social media.

“We wanna go out, we wanna enjoy ourselves, we wanna have a good time and then when people bring guns to solve issues or whatever problems they have it turns deadly,” said Williams.

A fact, another Albuquerque neighborhood, is having to come to terms with now.

“When the shots started we just hit the deck, we didn’t know what was gonna happen but it was like right in front of my house,” said Mike, Albuquerque resident.

APD is still investigating this shooting and is asking anyone else with video or photos from that night to upload them to their evidence site.