ALBUQUERQUE ,N.M. – For more than three years, the family of Evyn Scott has been waiting for justice. The 15-year-old was shot to death and left on the side of the road in the East Mountains in 2019.

This Wednesday, a judge sentenced the first of three people involved in Scott’s death.

21-year-old Russell Spencer was the one who pulled the trigger, killing the teen. He’s been behind bars since he was 17.

The judge took that into consideration when making her decision Wednesday not to give him the maximum sentence.

“The court is going to sentence the defendant at this time into the Department of Corrections for a period of 12 years,” said Second Judicial District Judge Courtney Weaks. 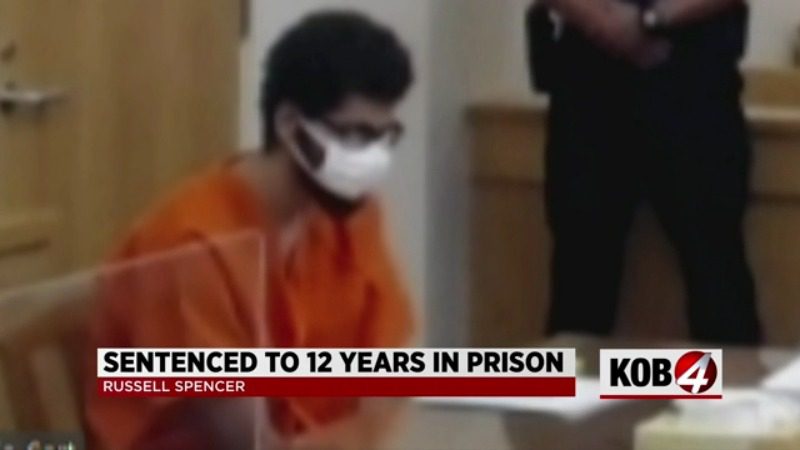 Spencer faced a maximum sentence of 16 years for the murder of Scott.

As part of a plea deal, Russell plead guilty to second-degree murder and conspiracy to commit kidnapping in 2020.

Judge Weaks explained the reason behind her sentencing.

“So, I am suspending a portion of the sentence based on the fact that, I believe that he deserves a period of probation in order to be able to have an opportunity, to make sure that there is a longer time concurrent to his parole period where he can reintegrate into the community,” said Weaks.

Russell was 17 when he fatally shot Evyn in the East Mountains. Russell’s brother, Scott, and another teen were also arrested for their roles in the murder.

During Wednesday morning’s hearing, state prosecutors and the victim’s family had one request.

“And he’s continued to be violent while he’s in custody, while he’s receiving treatment. He hasn’t changed his ways, and he’s not going to change his ways,” said Beyal.

But the judge gave Russell the benefit of the doubt, encouraging him to pursue a higher education behind bars.

“In the Department of the Corrections, there is an opportunity to continue to work on education, and you will have the opportunity to do college level credits, which also goes toward lump sum meritorious deductions if you participate in those programs,” said Weaks.

In addition to the sentence, the judge said Russell is not allowed to contact the victim’s family or the other people accused in this case, with the exception of his brother – whose case is still pending.