On Monday, the jury heard from the first witnesses including some of the officers who were on scene that day.

Video captured the struggle in February 2020 in Las Cruces that would land former officer Smelser in court.

“I’m going to (expletive) choke you out”

He’s facing a charge of second-degree murder for the death of Valenzuela. 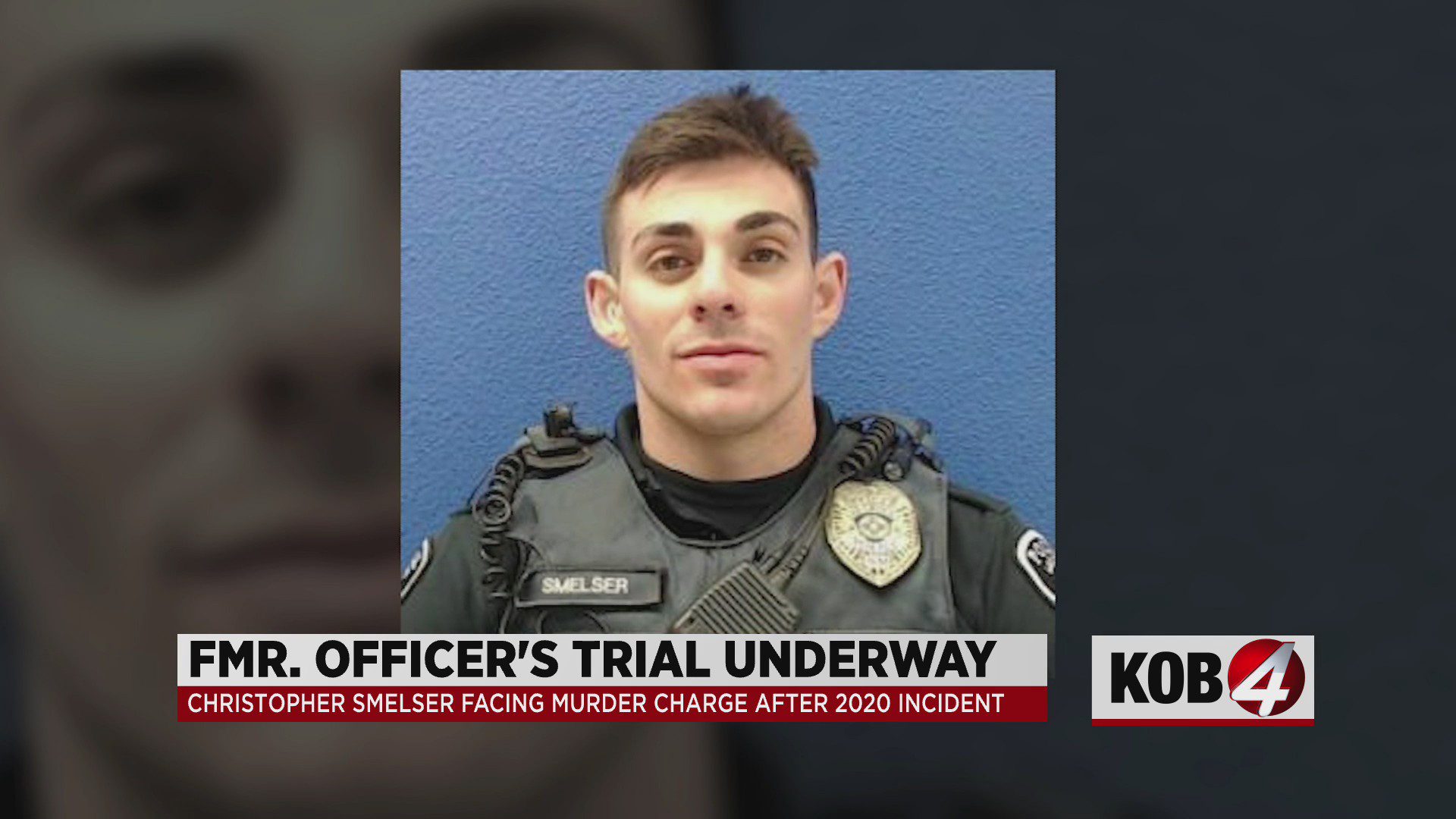 It all started with a traffic stop. Police say they discovered Valenzuela – who was a passenger in the car –  had a warrant for his arrest.

Video shows he took off running, leading to the struggle that ended his life.

Much of the testimony Monday focused on Smelser’s use of the controversial “vascular neck restraint” technique.

Fellow officers testified they were trained in the use of the technique.

State: “Is the VNR intended to apply any pressure at all to the trachea to the windpipe?”

Officer Terry: “No its uh, intended to block the blood flow along either side of the neck.”

State: “And from what you know what about your ability to breathe? Is that impeded at all?”

Officer Terry: “No, not that I know of.”

An officer who arrived on the scene following the scuffle called it a “last resort.”

Officer Guaderamma: “Just because of the possibility of death, it’s a difficult maneuver, a difficult technique, it’s difficult to apply it in general, in a controlled setting let alone in a fight.”

The state also pointed to video of him with his knee on Vanzuela’s back, questioning if that was a trained revival technique from a VNR.

Witnesses said it was not part of VNR training, but it was used to prevent suspects from running.

“From the time that the cuffs were on the subject did you observe any continued movement from the subject?”

Smelser’s defense has called the charges and trial again him a political move. Their questions seemed to focus on proving that Smelser was just performing his duty as required.

Defense: “Can you ever ignore a warrant?”

And trying to make the point that Smelser acted according to his training.

Defense: “When you heard that officer Smelser said VNR log it down did that shock you?”

Terry: “No, I wasn’t concerned because it was a trained technique that we were allowed to use. The safety of the technique was presumed.”