HALFWAY, N.M. – What do you think these lights could be? A video sent to KOB 4 by a viewer in Halfway starts with one light fading in the center of the screen – but then it pans over and reveals three more. Then a fourth, and a fifth light, then a sixth!

The lights first appeared over southeast New Mexico around 9 p.m. Monday night and multiple people from Loving to Carlsbad say they saw them light up the night sky before they disappeared in a flash.

We reached out to the National Weather Service to see if meteorologists could tell us what these lights were.

They said a weather balloon did fly across the state over the weekend. But it took off from Fort Sumner and then flew over the Gila before landing in Arizona. So based on that path there’s no way folks down by Carlsbad would have seen it.

So it wasn’t a balloon, now on to the next option. 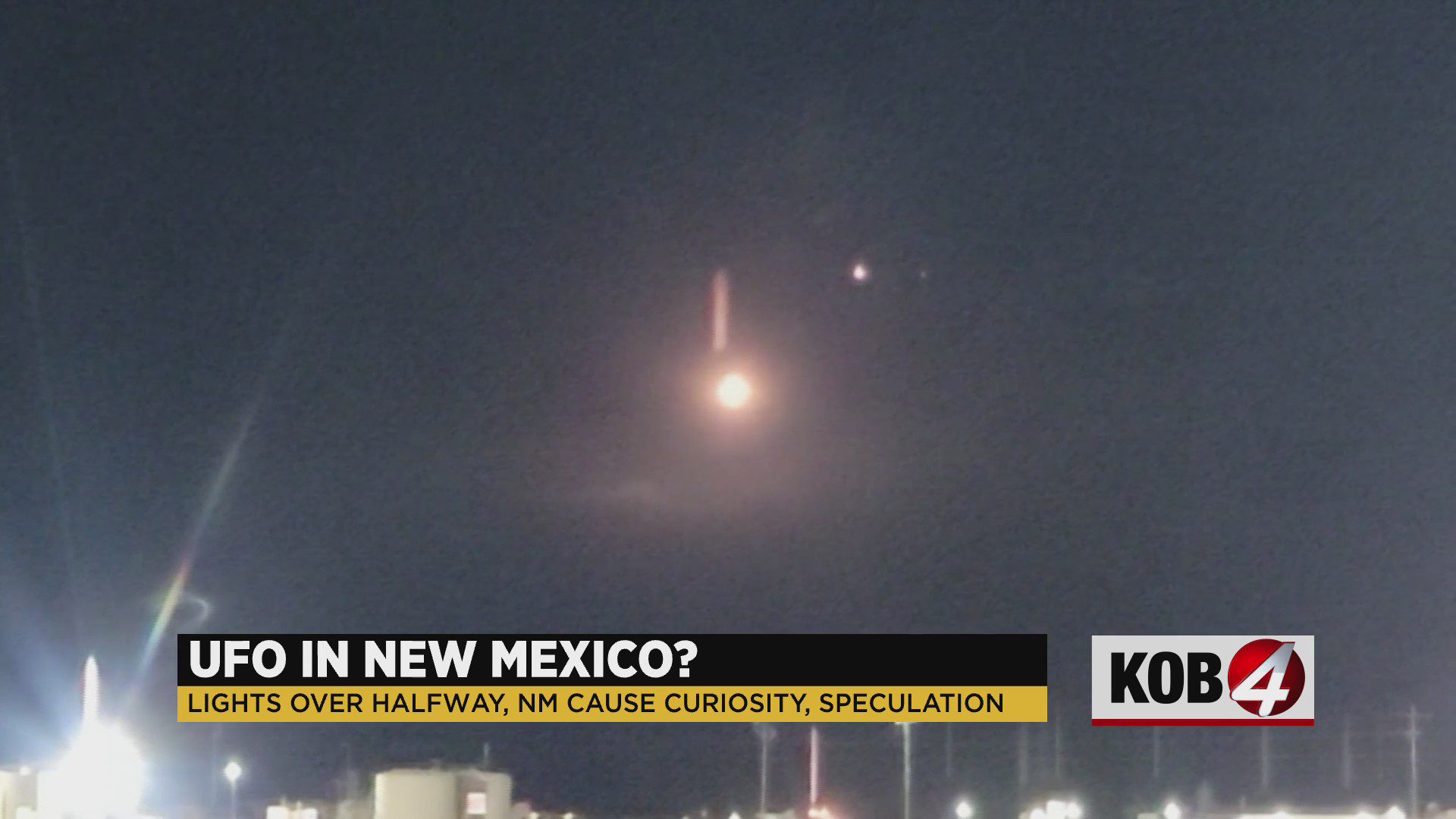 We also reached out to Holloman Air Force Base and asked if the military had any aircraft in the area Monday night. Turns out the answer is yes.

Here’s what base officials confirmed:

“F-16s from Holloman AFB were flying in airspace known as the talon military operations area in southeastern New Mexico the evening of August 29th. The aircraft did deploy flares as part of their training mission,” Media Relations Chief Denise Ottaviano said in a statement.