ALBUQUERQUE, N.M. — A major water main break could disrupt traffic along a busy stretch of road for a couple of days in northwest Albuquerque.

Upon reviewing the area, crews found several sinkholes, which prompted all northbound Coors lanes to close at Ellison.

Repairs are underway but are expected to take a couple of days. NMDOT says traffic is being diverted down Ellison to Alameda and back to NM-528.

In the meantime, motorists are asked to avoid the area and seek alternate routes. 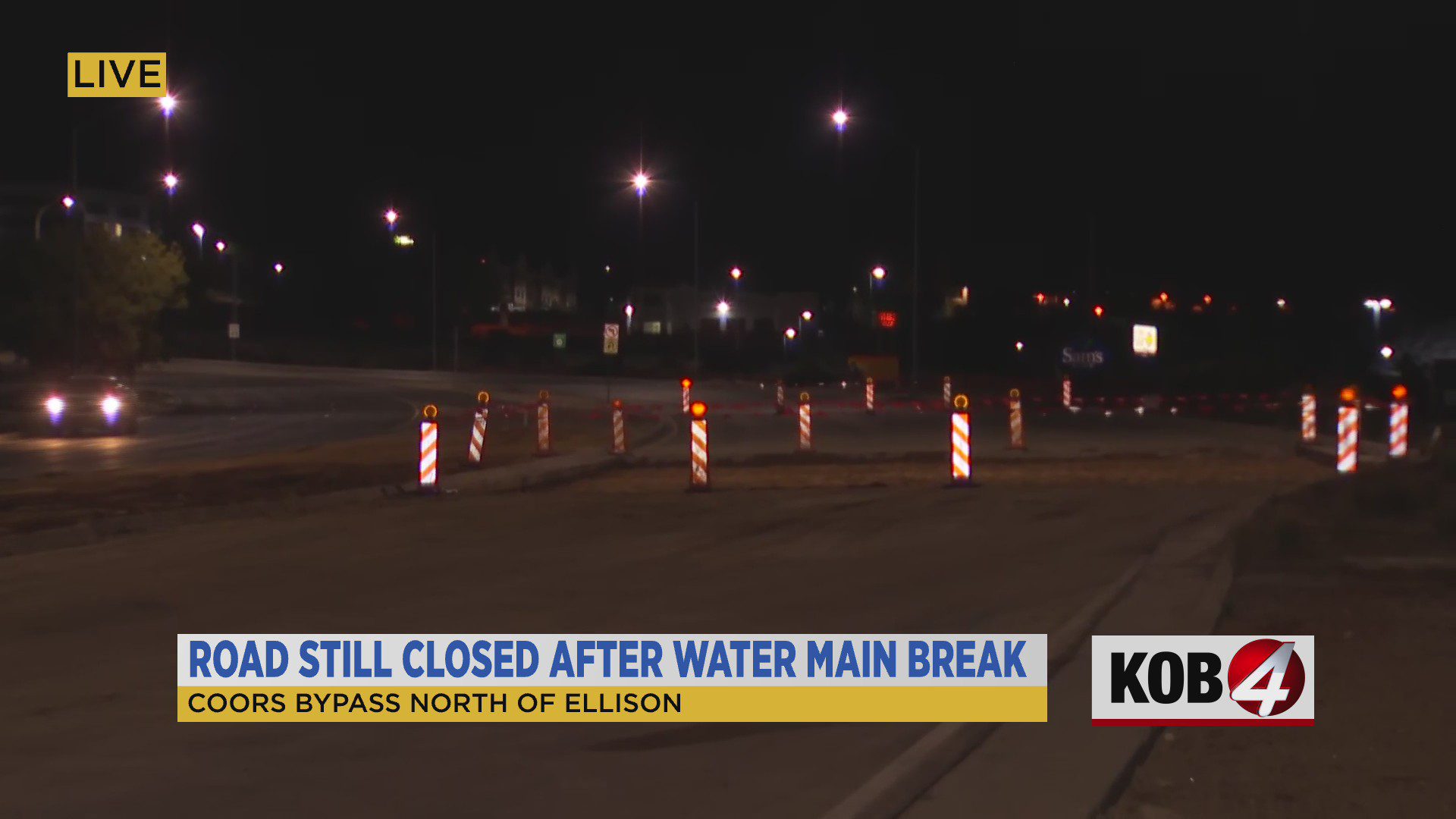 No customers were reported to be out of water because of the break.