ROSWELL, N.M- It was back in January when pickup trucks racing down his street nearly struck some Goddard High School students that James Licon knew that he had to do something to make his neighborhood safer.

“When I saw the backpack drop from that one Goddard High School student, it really hit my heart to where I’m like, ‘something needs to be done,” Licon said.

That episode, along with an influx in homelessness and drug activity in the area, prompted Licon to start a neighborhood watch group.

There have been such groups in communities across the nation since 1972, with concerned citizens and police coming together to educate each other about suspicious activity and threats in their neighborhoods.

Sgt. Grace Fresquez is the Coordinator of the City of Roswell’s neighborhood watch program and works with people interested in forming groups. 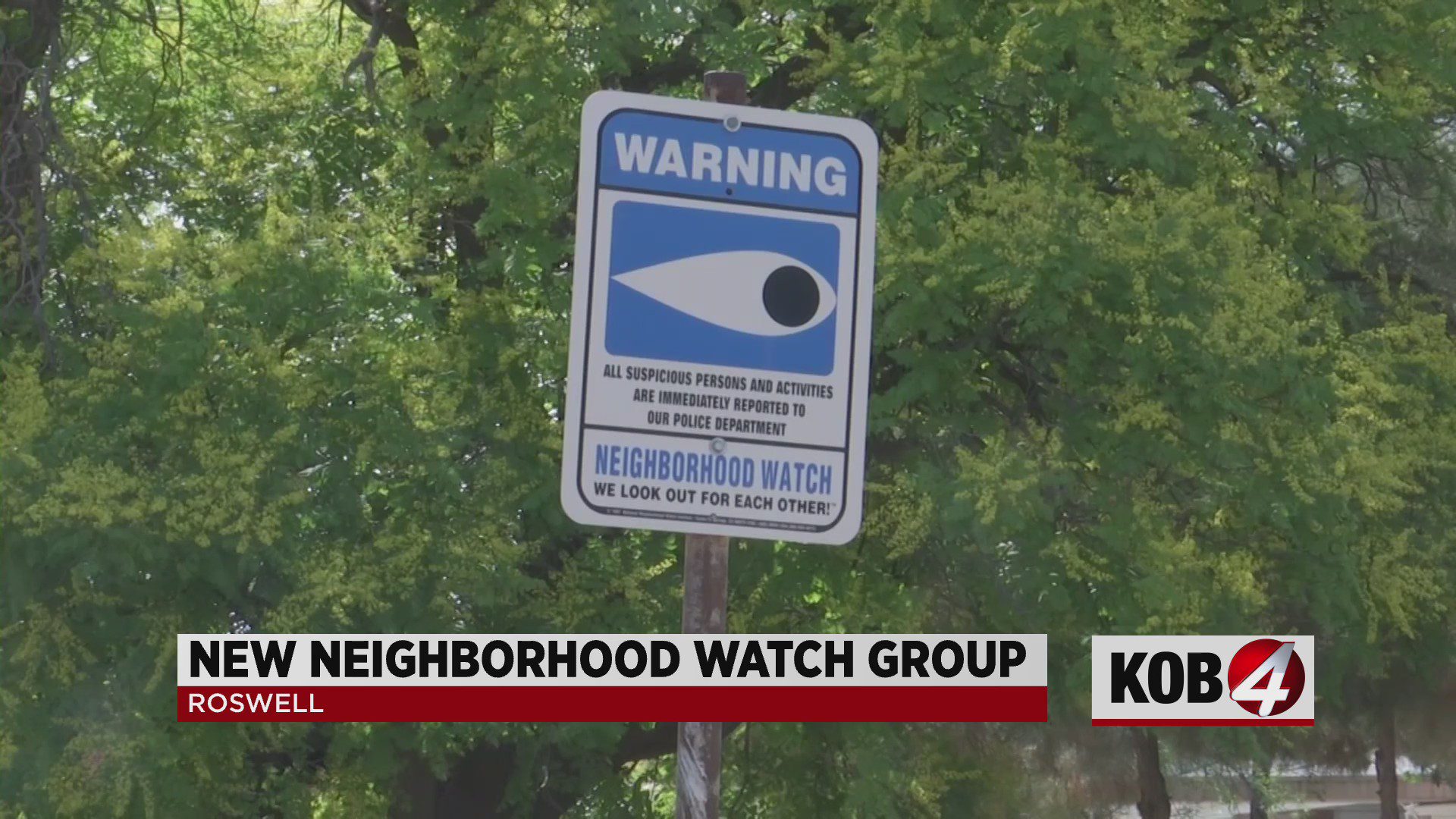 “A lot of times what I try to do is tell people what is going on,” she said. The program got underway in Roswell in 2020, with a current total of 31 groups.

That partnership between police and residents, she said, is especially useful now as crimes such as vehicle burglaries, shoplifting and vandalism are on the upswing.

“Every year it is without fail, the crime goes up, especially when it comes to summertime,” Fresquez said.

Similarly, Fresquez coordinates a business watch, a sort of neighborhood watch but comprised of businesses.

Even having signs identifying an area noting the presence of a neighborhood watch group, Fresquez said, can deter criminals and make residents feel safe.

“They like to show, ‘hey the police department is always here, or ‘just so you know we call the cops all the time, so if you wander through here we are going to call the cops,” she said.

And the groups have shown results, like when the information provided by some residents when it came to a string of vehicle burglaries and thefts in the area.

“As a result between our neighborhood watch members and our agency we were able to locate the vehicle, find out who the suspects were and also give back some of the stuff from those vehicles,” she said.

In addition to catching criminals, Fresquez also works with the groups and other entities to solve problems, such as getting more outside lighting at an apartment complex.

Speeding vehicles is another issue that Fresquez said she hears a lot about. One owner of a Main Street business complained that vehicles were constantly speeding through his parking lot and down into a nearby drainage ditch, using it as a road.

Fresquez urges anyone who wants to start a watch group to contact her at the Roswell Police Department.

“And then we can set up a time and a date to do a meet and greet. You know, start out with handing signs out, literature and anything else. And then we will start working on the community as best as we can,” Fresquez said.