ALBUQUERQUE, N.M. – A lot of neighbors are saying “not in my backyard” to city-sanctioned homeless camps around Albuquerque.

The “Outdoor Safe Spaces” plan – approved by the city council last week – is stirring up protests in the Northeast Heights.

People gathered in the streets, trying to send a message to city councilors on plans to establish up to 18 outdoor spaces for the city’s homeless population.

“There are solutions, but the solutions aren’t in tents,” said Colleen Acock, protest organizer.

The outcries appear to be working. On Tuesday, Albuquerque City Councilor Brook Bassan – who voted in favor of the plan – announced she will introduce legislation to repeal the Safe Space zoning changes. This comes after a heated meeting with residents last week, where she tried to explain the benefits of designated campsites. 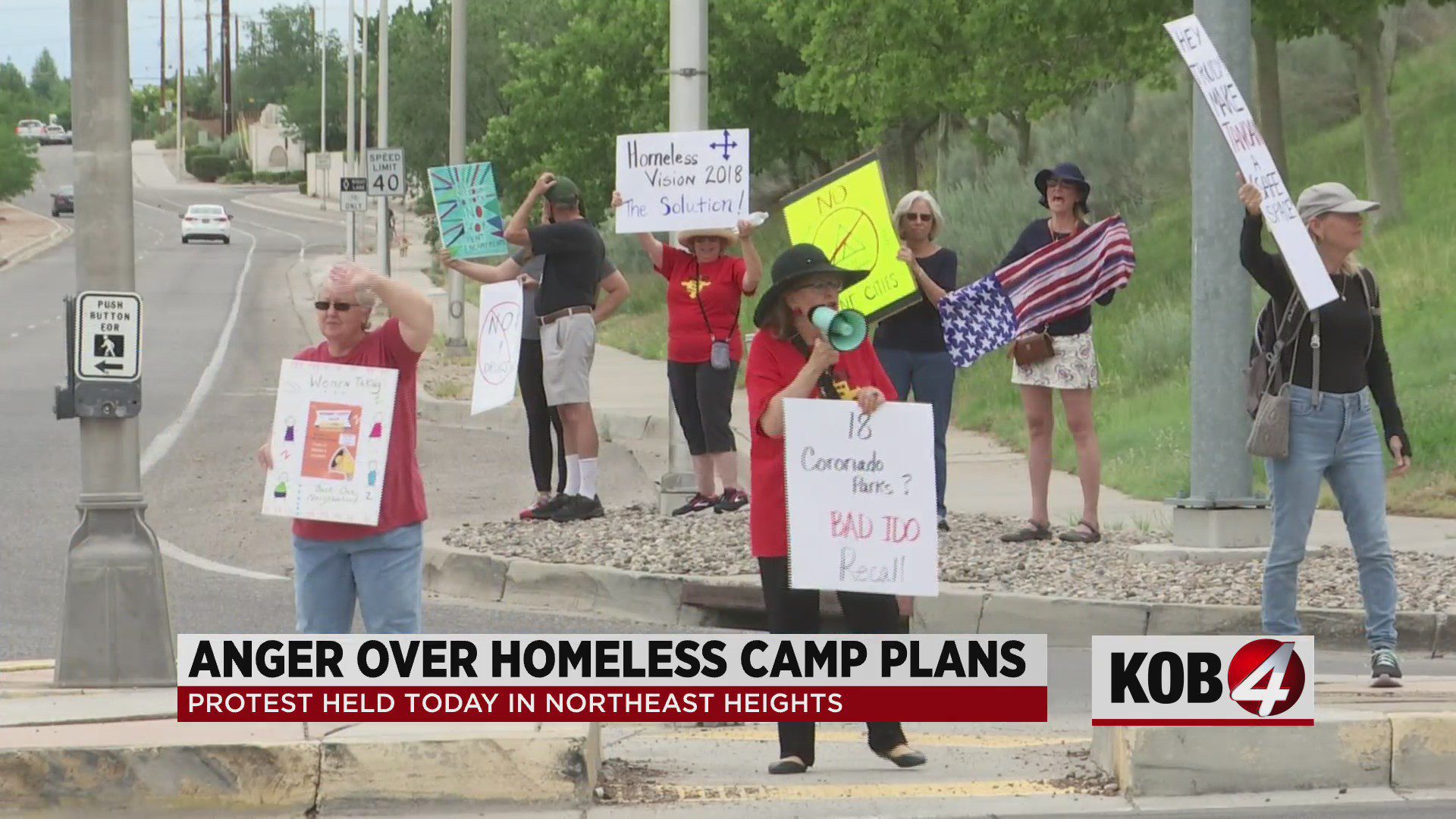 “I am supportive of creating a lot where people who want to live in a tent, for whatever their reason is, have to go to that designated location instead of just anywhere in Albuquerque. Which would in turn allow APD to start actually being able to enforce the laws to a fuller extent,” said Bassan.

Now that Bassan is pulling back support, and it’s unclear how many other councilors will join her.

“I have seen firsthand the drugs and the illegal street activity,” said Sanchez.

An ordinance to move forward with the Safe Space initiative is on the agenda for Wednesday’s city council meeting. That’s when Bassan plans to introduce her legislation to repeal the move to establish Safe Space campsites.