ALBUQUERQUE, N.M. — Hundreds of residents in the village of Los Ranchos say they want the village to know they’re not in favor of some major proposed housing projects.

One project is a 21-unit housing development, slated for a nine-acre plot near Chavez Road and Guadalupe Trail in Los Ranchos. Residents like Kate Lueker-Eaton is among the outspoken residents against it.

“It’s taking 9.1 acres of habitat for sandhill cranes and it’s also farmlands and it’s not conserving it. It’s destroying it,” Lueker-Eaton said.

Joe Craig, the president of the Friends of Los Ranchos, is also opposed. Craig says there are also other projects nearby that will change the village – and not for the better.

“What does it do to our traffic?” Craig questioned. “We don’t have a good traffic study for 4th and Osuna/4th and Chavez. We’d like to know what we’re going to have to do.” 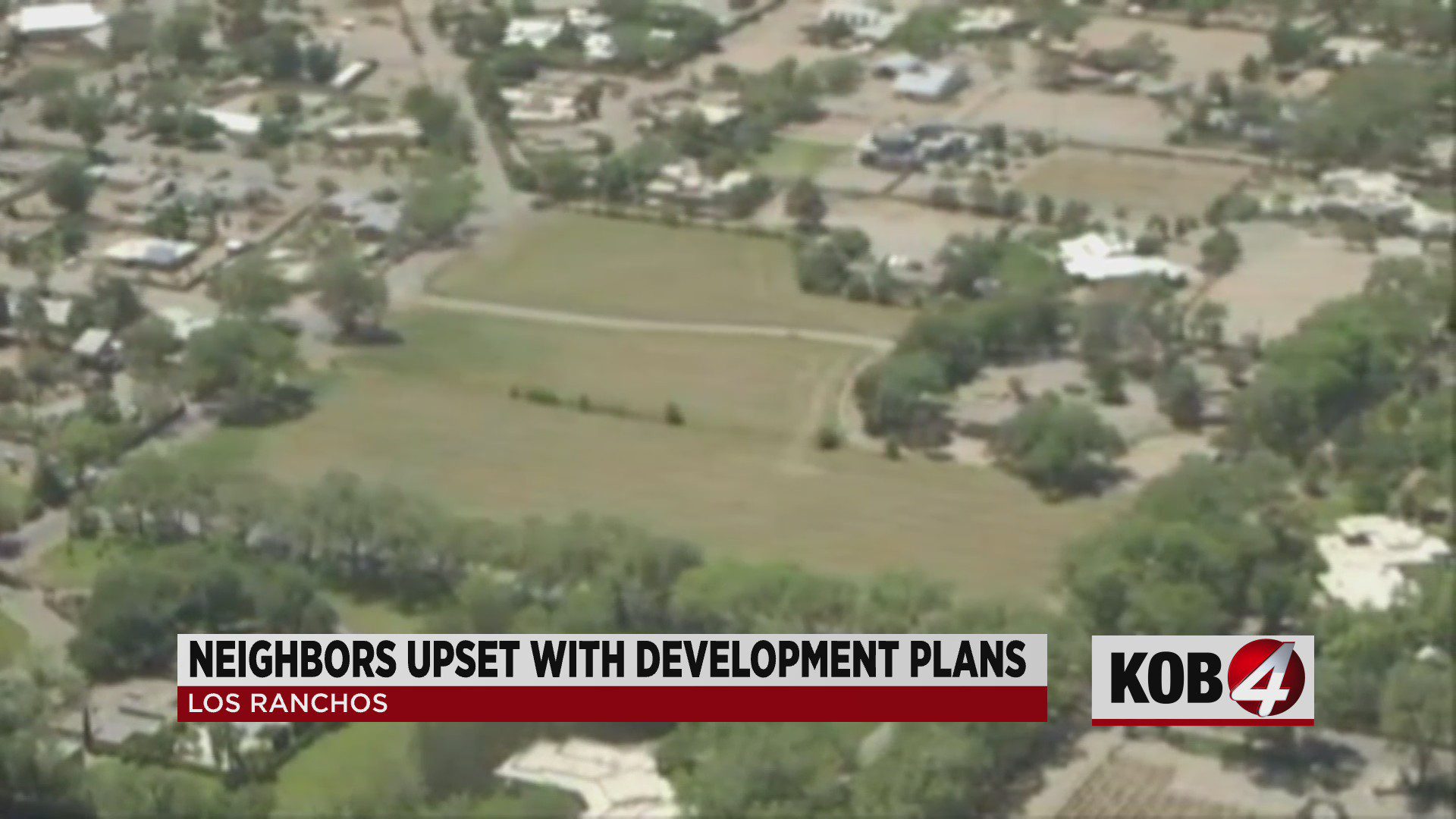 The Village Center Project is a 12-acre site on the southeast corner of 4th and Osuna. If built, it would be a mix of retail shops, housing and a senior center.

The Nijmegen Plaza: 12-unit housing development on just over half of an acre of land

“What’s concerning about it is we don’t feel, as village residents, like we’ve been consulted by the village,” Lueker-Eaton expressed. “It seems they are sort of just pushing these things through.”

“We like living here, we want to preserve our heritage,” Craig said.

Many residents KOB 4 spoke to say they’re going to show up to the village’s Board of Trustees meeting, 7 p.m. Wednesday at the Village Hall. The group of residents is going to send in their petition showing hundreds of people’s opposition to the proposed developments. They hope the village will decide to hold off on the projects until further review.

A village administrator said the development has been in the works for 22 years. The village center development is expected to bring affordable housing to the area and $15 million in revenue a year. The project and others are meant to fill a housing need in Los Ranchos.