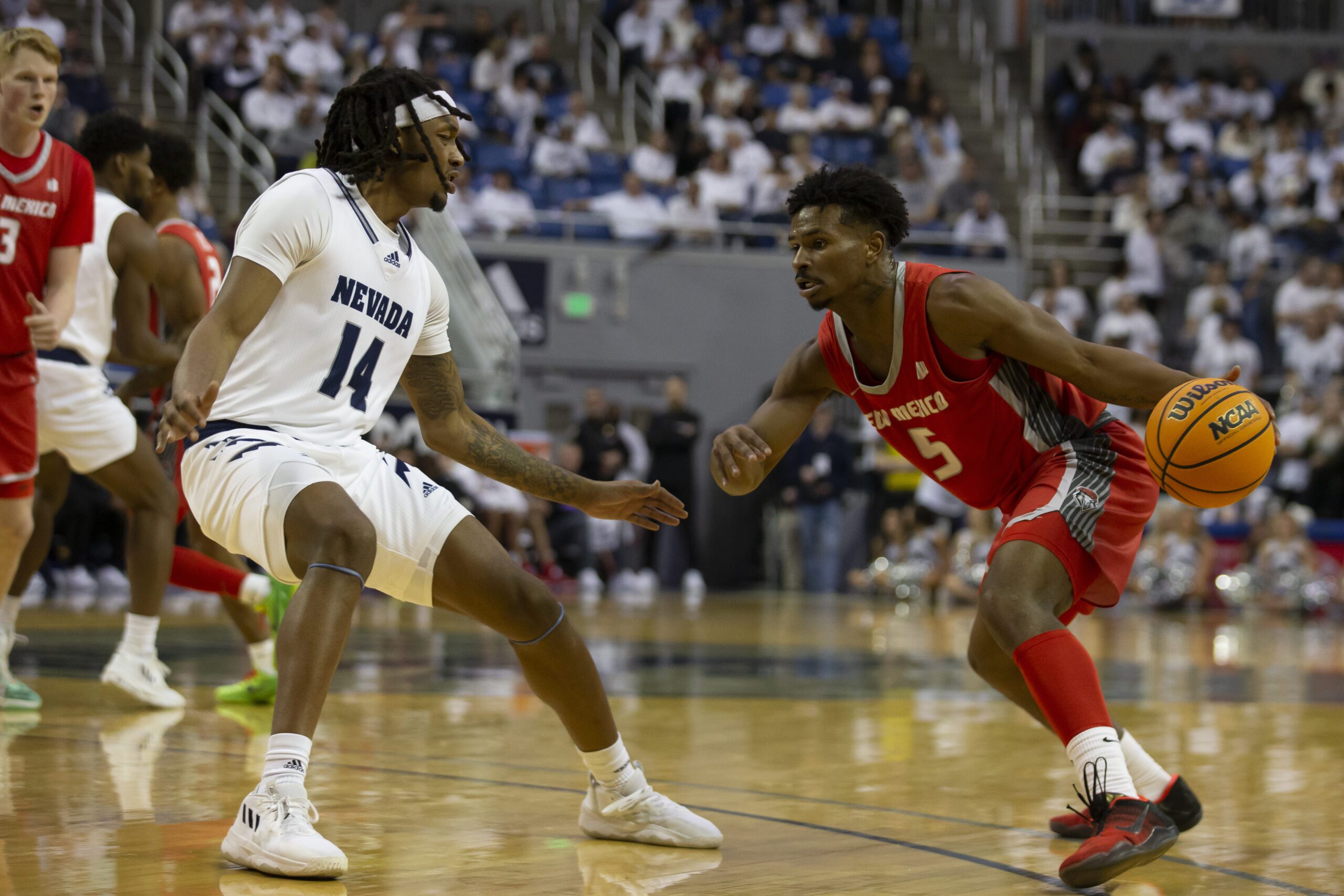 RENO, Nev. (AP) — Will Baker scored a career-high 28 points and made two free throws with 14 seconds remaining in the second overtime to help Nevada knock off No. 25 New Mexico 97-94 on Monday night.

Baker sank 12 of 17 shots with a 3-pointer for the Wolf Pack (16-5, 6-2 Mountain West Conference), who began the night in a four-way tie for second place in the league along with New Mexico. Jarod Lucas added 22 points and Kenan Blackshear pitched in with 20 points, five steals and four assists.

New Mexico, which trailed 43-38 at halftime, forced the first overtime when Mashburn buried a jumper with 20 seconds left to tie the game at 78.

Mashburn sank a 3-pointer to start overtime and the Lobos took an 87-82 lead on Udeze’s layup with 1:13 left. New Mexico turned the ball over on its next two possessions and Nevada knotted the score on Darrion Williams’ 3-pointer and a jumper from Blackshear. Mashburn turned the ball over, Lucas missed a 3 and the game went to a second overtime.

Udeze and Williams traded layups before two free throws by Lucas gave the Wolf Pack a 91-89 lead with 2:58 remaining in the second OT. Udeze made a free throw to get the Lobos within a point. Lucas hit two more foul shots, Udeze added two of his own and New Mexico trailed 93-92 with 1:05 left.

Baker made 1 of 2 foul shots and House hit two free throws to knot the score at 94 with 44 seconds remaining. Daniel Foster’s free throw gave the Wolf Pack the lead before Baker sank both of his tries.

The Wolf Pack played before their largest crowd since hosting Southern Cal in 2019.

Nevada: At UNLV on Saturday.