ALBUQUERQUE, N.M. – New Mexicans of all ages are feeling the heat, and Albuquerque zoo-goers said even coming early isn’t enough to escape the scorching temperatures.

“We came super early so that we could beat the heat but I don’t know it’s so humid it’s so hard to breathe we brought plenty of water,” said Patty Lucero. She and her family came as early as they could, but by 11 a.m. they said they were ready to call it quits.

It’s not just the humans feeling hot, either.

Baby hippopotamus Matilda turned one Monday, and enjoyed some ice treats and a swim to cool off. 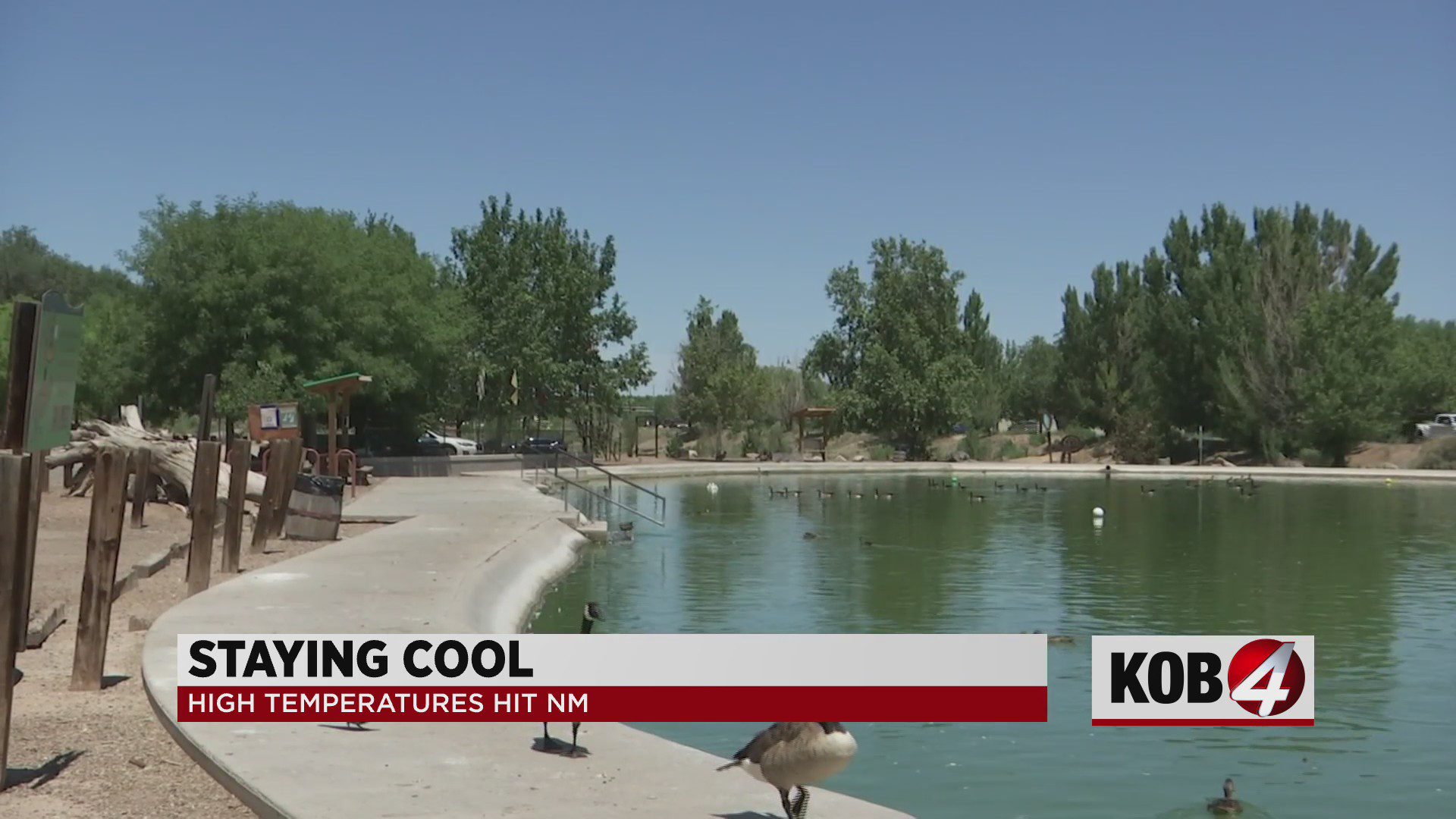 Other animals are adjusting to the hot summer as well.

“You know you got the animals you really associate with the cold weather like a polar bear or in the past we had camels, but they do adapt, they kind of regulate their body weight,” Thietten said.

Tingley Beach was unusually empty, with only the geese were enjoying the water, and some lone visitors braving the sun.

“Terribly hot I mean I can’t handle it sometimes, it’s been very dry this year but we need some more. We had some a couple weeks ago I mean awesome it cooled everything off,” said Timothy Giegos.

He said he hopes more rain will come our way to cool things off again.