SANTA FE, N.M. – A review into the fatal shooting of an unarmed man by two Chaves County Sheriff’s deputies in March, has been taken over by the New Mexico Attorney General’s Office.

The announcement came late last week at the request of Dianna Luce, district attorney for New Mexico’s Fifth Judicial District, citing a conflict of interest her office had in the case.

“My office is requesting that you accept a conflict case of an officer-involved shooting involving deputies from the Chaves County Sheriff’s Office that resulted in the death of David Aguilera on March 27, 2022,” Luce said in a letter to New Mexico Attorney General Hector Balderas dated June 15, 2022.

“She confirmed there was a conflict and we think it is an important matter for the state, and we have accepted the referral to carry out an officer-involved shooting review of this matter,” Balderas said Monday in an interview with KOB 4.

Luce said in an email Monday that because her office works directly with law enforcement agencies and victims in the county, it is standard practice that a prosecutor’s office can conflict cases out to a district attorney’s office in another district or to the Attorney General’s Office. 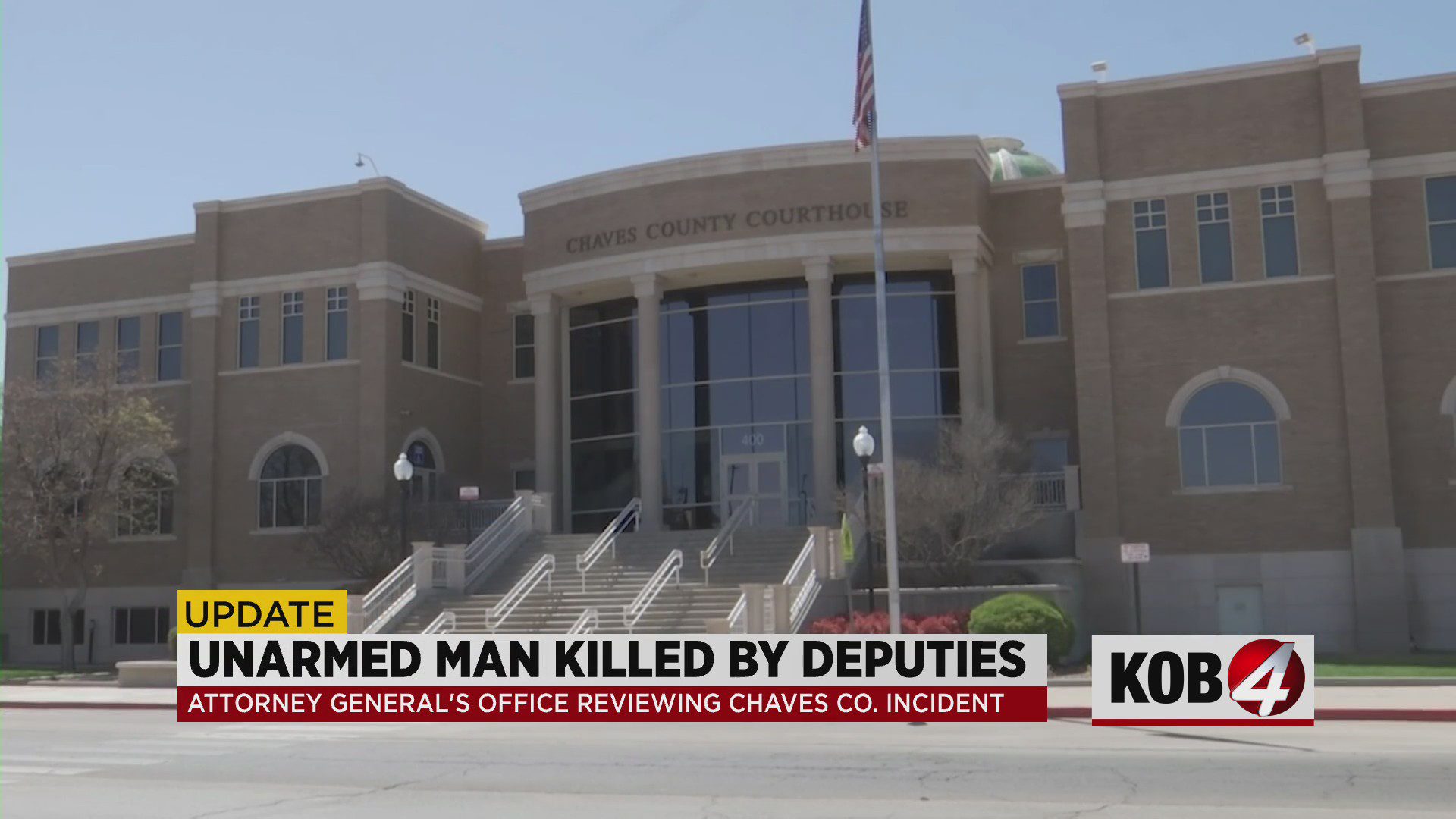 The review stems from an investigation by the Roswell Police Department and New Mexico State Police following the shooting of 34-year-old David Aguilera.

Authorities say that Deputies Joshua McKelvey and Benjamin Conklin shot Aguilera, who investigators allege was not armed at the time.

It happened at 7:50 p.m. on March 27 when deputies responded to a disorderly subject call at the Sidelines Dairy along 100 East Jackson Street in southern Chaves County near the Eddy County line.

At the scene, authorities say, Aguilera had come onto the property where he began striking tractors with a metal pipe and tried driving them away.

When deputies arrived, Aguilera allegedly resisted efforts to be taken into custody, pulling away from deputies. A fight followed, during which Aguilera was tazed several times and placed in the back of a deputy’s vehicle.

“He subsequently escaped from the vehicle where a struggle ensued when he was in the front seat of a patrol unit where the weapons were located,” Charles Yslas, Chaves County Undersheriff said in March just after the shooting.

McKelvey and Conklin then fired five shots, killing Aguilar while he was in the front seat.

Balderas said the review will hinge in large part on whether McKelvey and Conklin’s lives were in danger at the time of the shooting.

“Without prejudging the matter, we will look at whether officers acted appropriately considering the circumstances or whether or not they implemented proper standards and procedures,” he said.

He added that for a shooting to be legally justified, there must be a threat to the life of the officer.

Balderas said he wants to wrap up the review soon, a process which he says typically takes somewhere between two and 10 months.