RUIDOSO, N.M. – Folks are bracing for the flood down south in Ruidoso especially near the McBride Fire burn scar.

More sandbags can be seen along Gavilan Canyon Road, and it’s not just homes that are preparing, businesses in the area are also stacking up sandbags.

“Last year we got rain, the parking lot got flooded and we had six to eight inches of stinky black mud and it was really, really bad. So this year I decided that I didn’t want to deal with the stinky black mud anymore, so I went and got sandbags,” said Teresa Jameson, manager of Bear Essentials.

A year later, people can still see the mud stain on the sign out front, where there was so much mud the ditch was level with the road.

“Walking that direction I was ankle-deep in it, yes it was gross,” said Jameson. 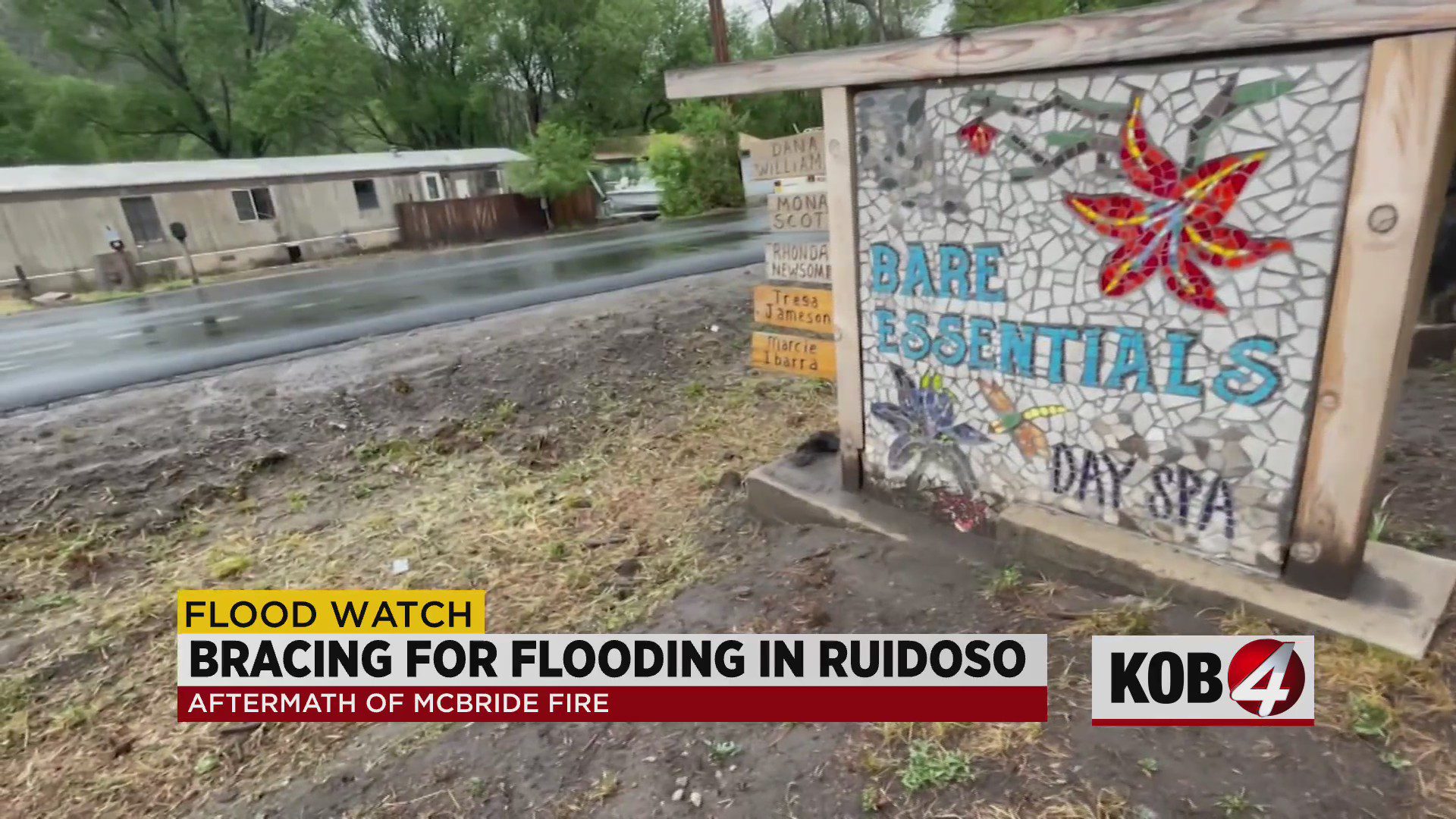 So far, the village hasn’t seen any major flooding, but there has been some debris runoff further up Gavilan Canyon Road.

So she’s preparing for the worst and remains hopeful the water doesn’t make it down to her store.

“I don’t know if this is going to work or not, but I’m going to try,” said Jameson.

The village had a break from the rain Wednesday morning, but just after noon thunderstorms rolled in and it’s been raining on and off since.