ROSWELL, N.M. – On Saturday, Gov. Michelle Lujan Grisham announced the state is committing $1.7 million to repair a collapsed bridge in Roswell and implement additional flood mitigation strategies in the area.

“The more we put into communities, so that we have safe roads, safe bridges, safe flood mitigation, the better it is for these communities,” said Lujan Grisham.

The bridge, near the intersection of Mescalero and La Jara roads, previously collapsed due to flooding in 2013 – while it was replaced, additional changes to address the flooding vulnerabilities were not implemented.

“I appreciate the opportunity to work with Gov. Lujan Grisham on needed flood mitigation for our community,” said Roswell Mayor Timothy Jennings. “This investment will go a long way to not only replace the bridge, but to fix it right for the safe travel of the citizens of Roswell.”

The $1.7 million investment will come from the State Road Fund via the New Mexico Department of Transportation. 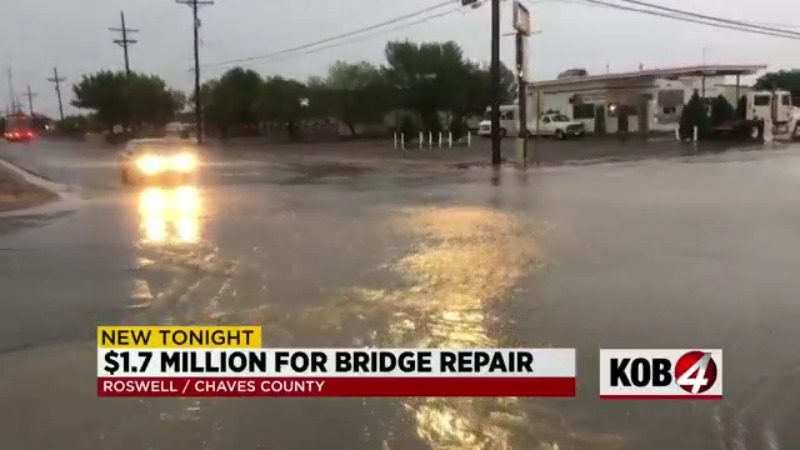