ALBUQUERQUE, N.M. – Some New Mexicans have had to leave behind livestock and pets to get out of the path of the Calf Canyon/Hermits Peak Fire.

The New Mexico Livestock Board is working to ease some worries, and bring those families back together. It’s been an all-out response.

“In this fire up there we’re actually helping people to evacuate, we’re going in with trailers sometimes and helping them move livestock out,” said Belinda Garland, executive director for the New Mexico Livestock Board.

Inspectors have been hitting the ground running.

“What happened in this fire is that it happened so quickly along that Las Vegas edge and along the east edge of the Hermits Peak fire that people had to leave before they could get their livestock out of there,” said Shawn Davis, deputy director for the New Mexico Livestock Board. 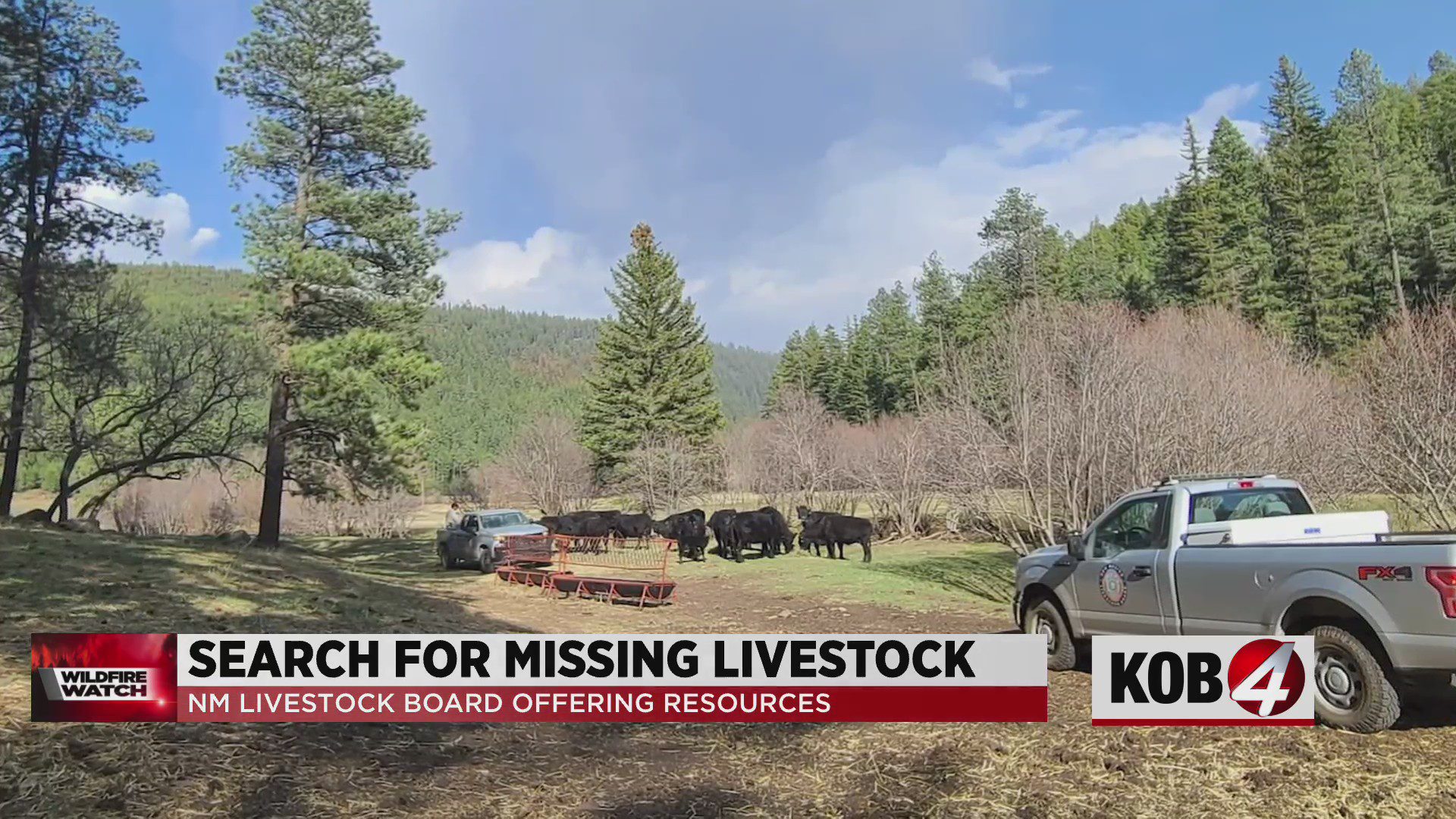 Livestock board inspectors are out working to track down animals and get them to their owners while providing food and water to the animals still out there.

“They developed a process, marking with a green flag, all areas that had cattle and livestock that needed to be fed and watered. Then they would check on them daily,” he said.

Davis said because some of the land is burned, recovery will take time.

“We do know of a small number of animals that have died. We know of three cows and 12 goats that have died as a result of the fire. Those are the only ones we have documented proof of,” he said.

Livestock owners who are missing livestock are asked to contact either the New Mexico Livestock Board at 505-841-6161 or their county sheriff’s office.

For other agriculture-related assistance needed as a result of the wildfires, visit the state of New Mexico’s wildfire resource page.