FARMINGTON, N.M. – One New Mexico man has made it his mission to travel the country to raise suicide awareness.

Over the past last 14 months, he and his wife have traveled to 27 states in a school bus that they turned into their home, but it’s also a place for people coping with a loved one’s suicide.

The couple was in the Four Corners Wednesday to spread a message of hope.

Cory Richez, is the owner of the Suicide Awareness Bus, he said it all started three years ago when he lost his stepson to suicide.

“He took the colt firearm, named the peacemaker, I gave it to him at 10, we kept it at grandpa’s house, and at 13 he called me and thanked me for that firearm later that night he committed,” said Richez. 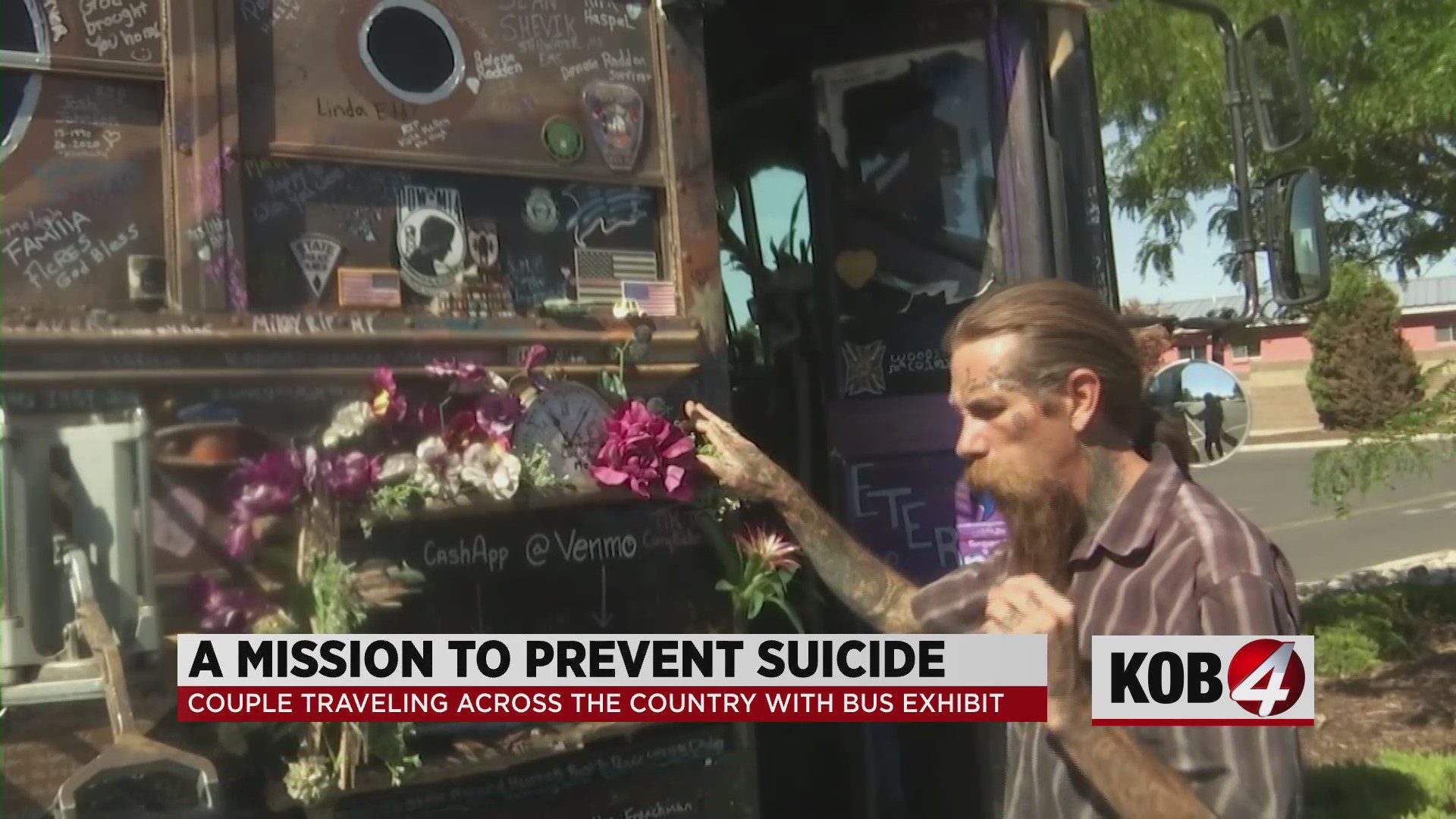 His life was turned upside down, “I sat depressed for a year and a half and I decided I could do something small, significantly.”

So he made a drastic decision.

“I had a small ranch, 70 acres in northern Arizona, off Highway 61, I decided to sell that ranch, the motorcycles and horses, everything,” Richez said.

With the mission to raise the bar on mental health.

“Wanting to create something for my son that was so mythical, so magical that just possibly people just seeing it might help them,” said Richez.

Now thousands of names, dates, and memorabilia of loved ones who took their life, from ages 5 to 91, cover this bus.

“It’s to help us being able to grieve in a positive way, giving our loved ones gone a voice and hopefully that voice encourages others, if not one more hour, one more day, one more year,” Richez added.

Richez wife, Kelly Logan says this collection of stories has the power to inspire new beginnings, “people have been on their way to go commit suicide and seeing our bus have reached out months later telling us that we changed their life.”

Richez says people have traveled hundreds of miles to leave a note or even ashes of loved ones passed on the bus.

If you or someone you know is contemplating suicide, there is help, dial the new suicide hotline number at 988.