ALBUQUERQUE, N.M. – Hotshot crews across the state have been battling the multiple wildfires in New Mexico, and this weekend KOB 4 was sent a photo showing one man braving the fire line himself.

The photo was sent in by Felipe Martinez’s daughter, and he tells us he was opening the gates on his ranch in an effort to save his cattle.

“When I realized this fire was burning out of control, my nephews and I went out on the 4-wheelers and open the gates to allow them to escape,” Martinez said.

The Martinez family has lived on the land outside of El Rito for generations. 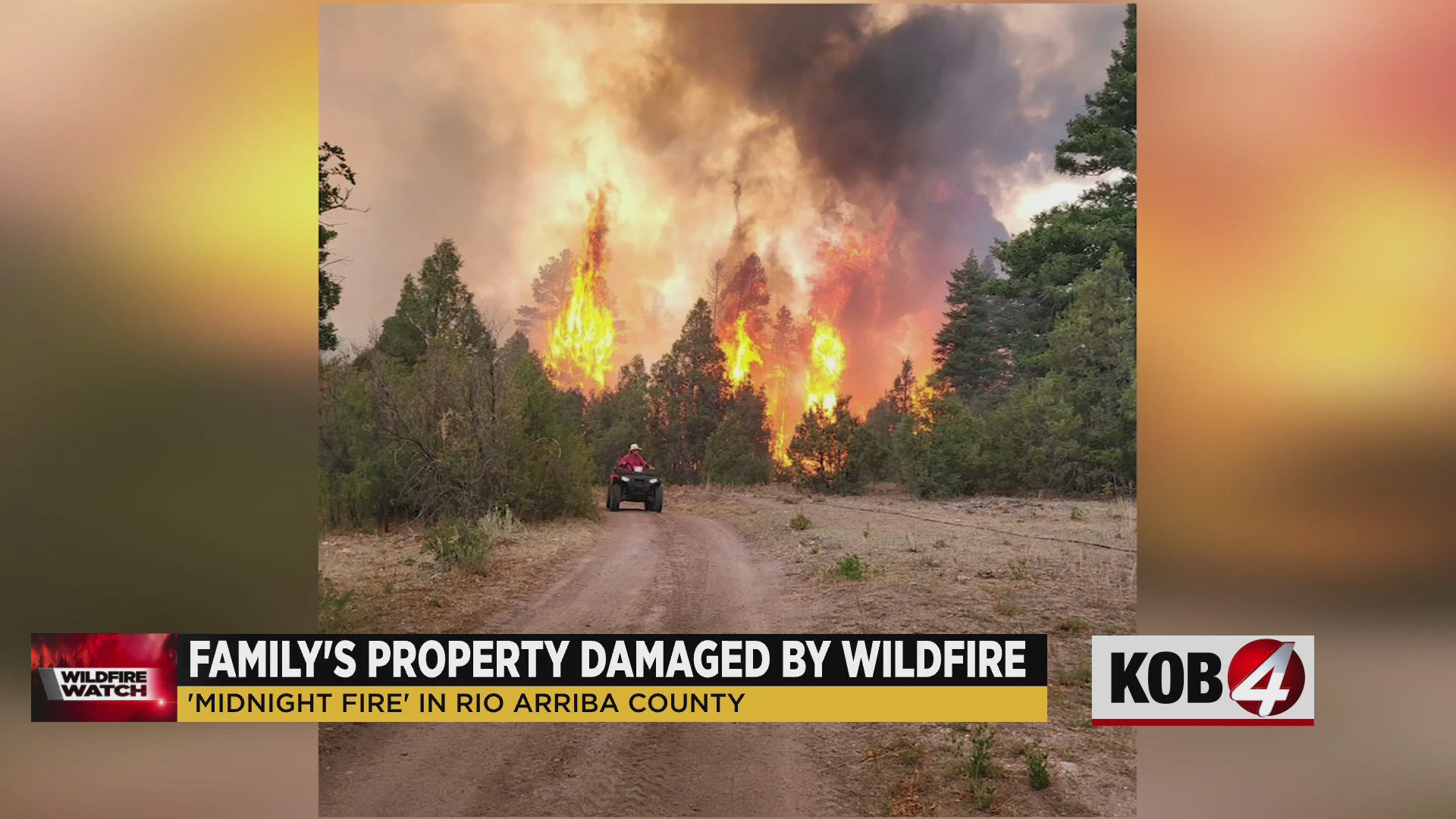 And when the Midnight Fire started to get close to his home, he wanted to try and save it. While he was able to open the gates and let his cattle out, the next day he couldn’t reach his property at all.

“By then the fire service had mobilized the county sheriff’s department and they blocked us from going any further from maybe two miles into the canyon,” Martinez said, “That day the fire just went into the property and just kept going south and southwest.”

Soon, the fire passed over Martinez’s property. Everything is gone.

“I haven’t even wanted to go up there. I’m very depressed about it,” Martinez said. “So, no I have not gone up. One of my nephews went up yesterday morning and said that 90% of the property is gone, maybe more, and I should hold onto the memories cause that’s all that left.”

As the Martinez family mourns their loss, they are hopeful at least some of their cattle have escaped.

“Right now as far as we know the cattle are moving away from the fire on their own because there are no one to push them and we simply don’t know where they are at because it’s a huge area,” said Martinez.

KOB 4 asked Martinez what they plan on doing next and he said honestly at this point they don’t have a plan. He’s upset the forest service wasn’t able to protect his house but he still loves that canyon and plans on rebuilding one day.

As for the firefight, hotshot crews have a long week ahead of them.

“Under the conditions today, it is likely we will see large fire growth, so we are not out of the woods yet,” Midnight Fire Operations Chief Jayson Coil said Monday morning.

On Monday, the crews were battling high winds low humidity, and conditions perfect for fire growth.