ALBUQUERQUE, N.M. — Calling all nerds, geeks, and friends of the fandom, there are more of you than we may have realized: A Lombardo Homes survey ranked New Mexico as the second nerdiest state in the U.S.

It turns out Albuquerque is a nerd mecca. We are home to Breaking Bad and Better Call Saul – and Transformers and Avengers movies were filmed here. Now, fans across town are taking that love to the next level for every type of fandom, whether it’s superheroes, action figures, or cars.

“Anything you can imagine they have a Funko pop for,” Demall Reeves said as he stood in his garage surrounded by more than 1,000 Funko pops, all still in their box with many of them signed.

“When I was little, there was a rule in my house. My grandpa was like, you have to be 10 years old to touch any electronic so that meant no records, no TV, everything was out, so I loved the comic book store because everything there I could touch it, read it and, if I had enough money, I could take it home,” Demall added.

Demall has been collecting action figures and comic books ever since he was 10. He even got his wife into it, but she focuses her collection on one show, Supernatural. 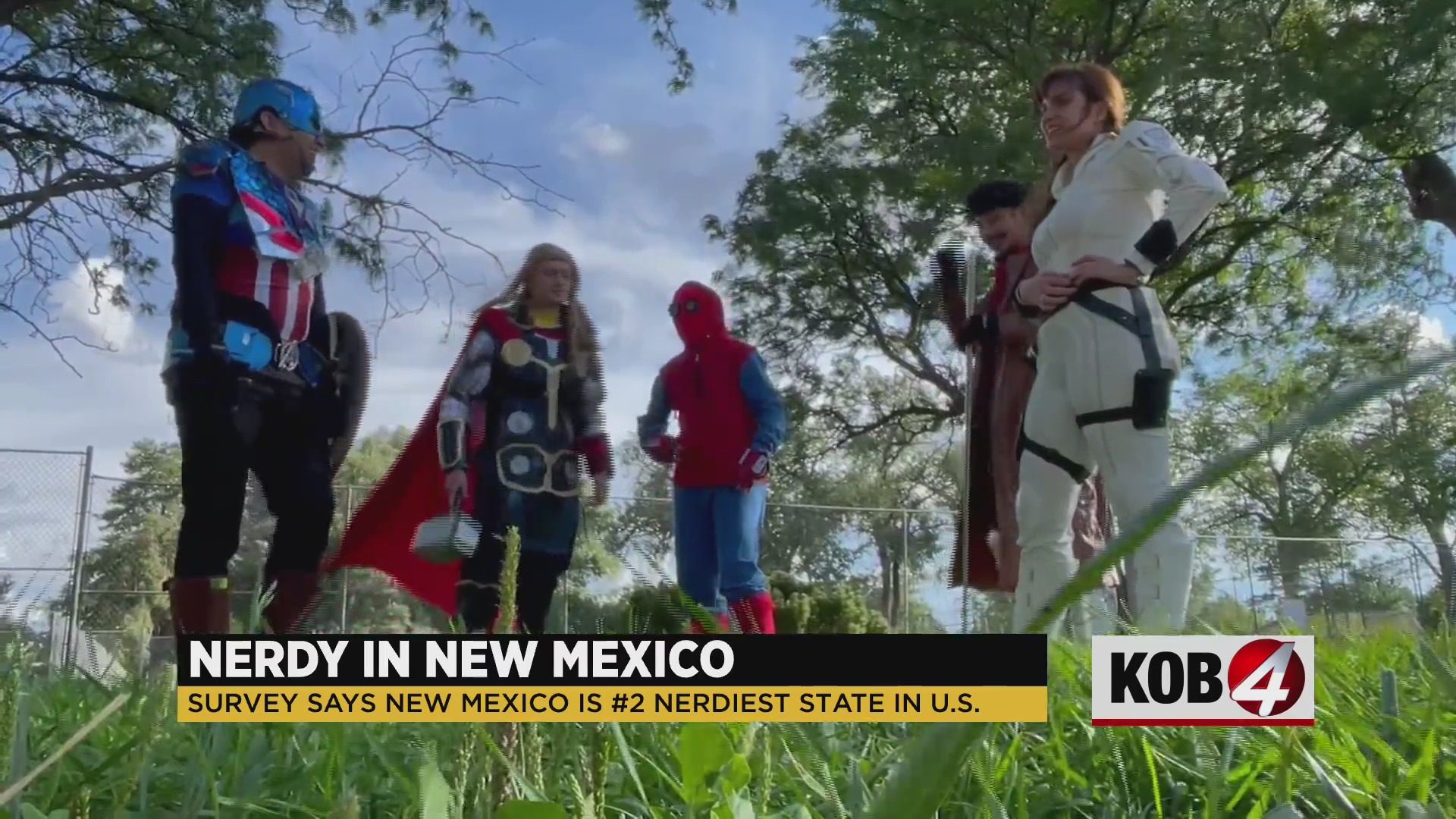 “My collection started with the glassware, the games, things of that nature,” Joanna Reeves said, “then my husband started me out with the Pops.”

The show Supernatural ran for 15 seasons and ended in 2021. Even though it’s over, it holds a special place in her heart.

“The show started right before my dad passed away and it became instantly liked cause it’s about family,” Joanna said. “It kept me involved and shortly after the show ended, my mom passed, so it became a full circle.”

Fans’ collections can mean more to them than just an object on the shelf. For some, their collection can’t fit on a shelf.

KOB 4 photographer Joey Wright has made his car a part of his Jurassic Park collection.

“Once I started putting the stickers on, I brought it to Comic-Con and events and there were other movie cars and they asked me to join their group,” Wright explained, “Now we have the Batmobile, Mystery Machine, the Breaking Bad RV and another Jurassic Park Jeep.”

While some collections like Wright’s and Reeves’ are a hobby, others have turned it into a career.

“Everything in our museum, in the store, is our personal collection we started back in 2010,” Marq Smith Candelaria said as he walked around a model “Los Pollo Hermanos” counter in the Breaking Bad Store he owns.

The museum in his shop has everything from props, to costumes and even a park bench used in the show.

“I call myself a nerd or a geek or what have you and I wear it with pride cause I can see that because there is such a community of collectors out there in this city alone,” Smith Candelaria said.

When that community finds each other, their collections can turn into a charity, like the New Avengers of New Mexico.

“It was just a group of fans who cosplay as heroes and make appearances at conventions – but why stop there? We thought let’s get a charity license, let’s give back to the community and help out,” said Mario Zimmora, the co-founder of the New Avengers of New Mexico as he sported a Captain America costume.

A couple of times each month, these cosplayers go to community events and help raise money for various charities.

“I always phrase it as we get this amazing opportunity to mesh what we love and what we were already doing with an opportunity to volunteer,” co-founder Scarlett Hotovac.

Now, get this, the New Avengers of New Mexico started just as a group of five friends, but now they have more than a hundred members all across the state.

While New Mexico was ranked as the second nerdiest state, Nebraska beat us out for the No. 1 spot and Nevada was third. To view the full study, including the rankings, click this link here.