This comes after the state’s most destructive fire, the Calf Canyon/Hermits Peak Fire, has wiped out at least 430 homes.

In a news release, the U.S. Department of Agriculture said it’s not going to ask localities to chip in and will instead cover 100% of the costs in Colfax, Mora, San Miguel and Lincoln counties.

The efforts the USDA could fund include removing debris from the property, clearing drainage areas, protecting streams and planting vegetation.

Many believe the need is urgent, as Monsoon storms could soon lead to flooding over new burn scars, which cover hundreds of square miles across our state. 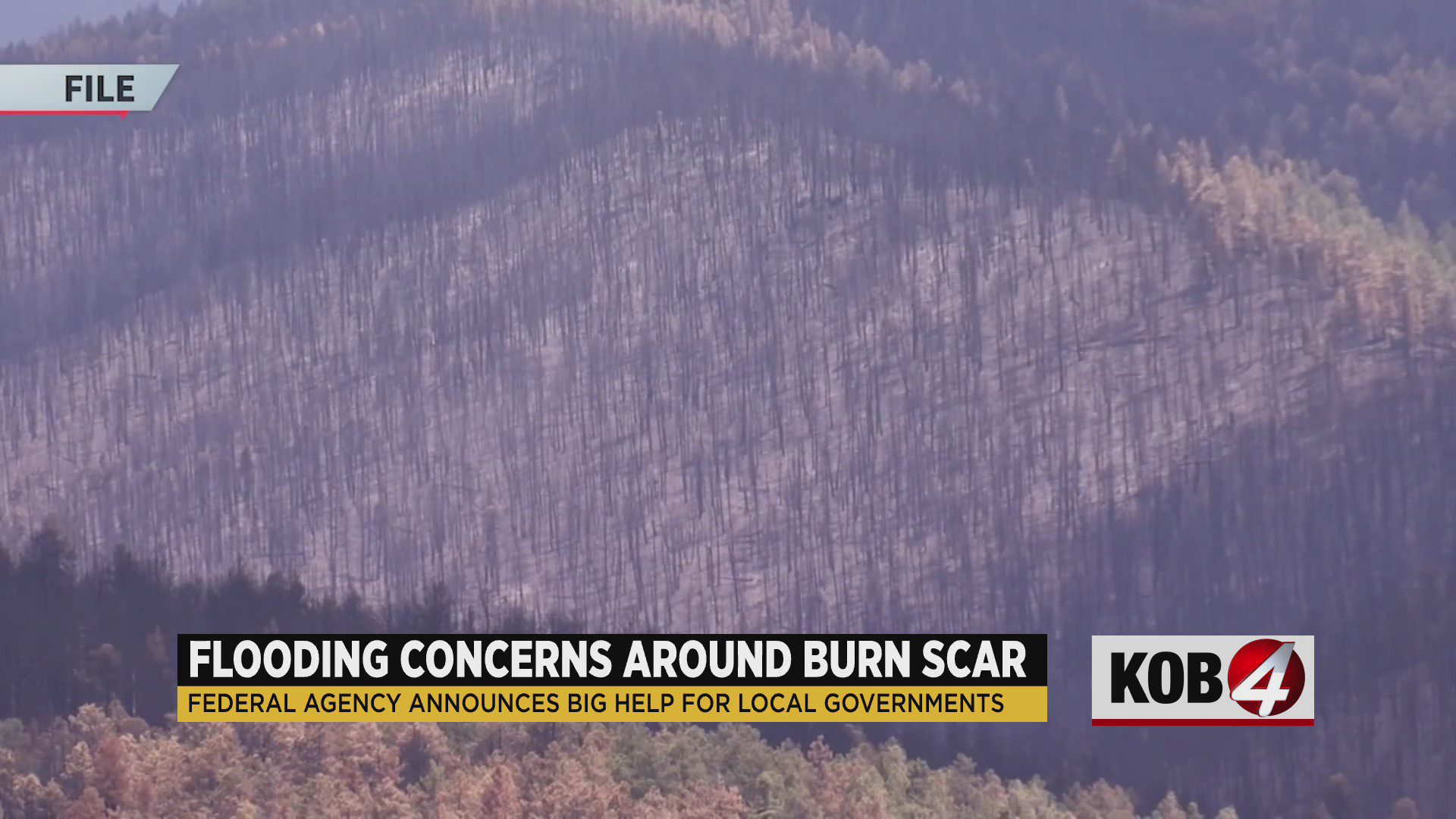 In Mora County, people fear for their homes and their lives.

“We’re okay but we’re also very stressed about the possibility of flooding in the Mora Valley,” resident Paula Garcia said.

She showed KOB 4 the smoke she sees from her house, which, luckily, is still standing.

“We’re worried about losing our house, and I’m worried for my neighbors,” she said.

Rep. Teresa Leger Fernandez, (D) New Mexico, has been urging the federal government to step up. She discussed this help with President Joe Biden Saturday when he visited New Mexico, a visit which centered on the news that federally prescribed burns caused the most devastating of the fires.

“Everybody is scared right now, because we all know what the Monsoons look like in New Mexico,” Rep. Leger Fernandez said. “The villages we were able to save from the fires, we do not want to lose them to the floods.”

Local officials say federal workers are there now assessing the damage, and localities are already formally applying for this help.

The Congresswoman said she expects work to begin next month, but added that much of the work will be long-term and could continue for years.

Mora County officials are also working on bolstering the ways in which emergency crews can alert people to flooding.

They say they’re testing weather radios, and alerts over radio and TV. They’re also considering options such as community sirens, first responders using drive-by sirens, and cell phone alerts, which could be tricky. Even if they come up with the money, the fire burned many communication towers, and not everyone has a cell phone to start with.

The Mora County Sheriff Office said it plans on having deputies go door to door to make sure everyone knows how serious these dangers are.

Emergency officials want everyone to understand that if they hear an alert or a siren, they’re asked to leave the area right away.