Police say Aurelio Carrasco was found at around 7:30 p.m. Thursday, around six miles south of Rowe, just west of I-25.

According to State Police, officers in Pecos were approached by a man who said he and his wife were at the Griego’s gas station on State Road 50. This happened at around 10:45 a.m. Thursday.

“A man in a black Dodge pickup truck pulling a white trailer exposed his genitals to them and presented a firearm,” said State Police spokesman Ray Wilson.

Officers arrived at the gas station and saw Carrasco, who is from Brighton, Colorado, in the truck. Officers attempted a traffic stop, but he fled south on State Road 50 and a pursuit began. 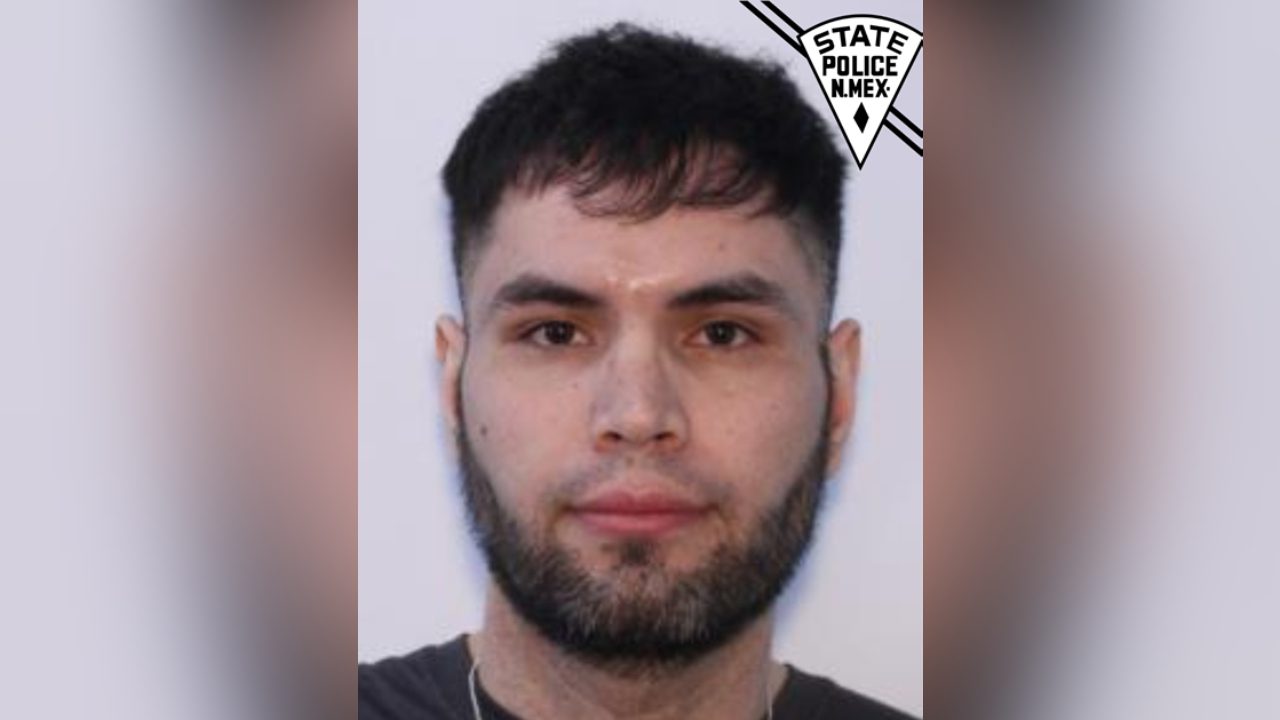 Police said Carrasco crashed into three vehicles along State Road 50 before eventually crashing his truck near La Cueva Road. He then got out and ran into the woods.

Next, a woman called State Police, saying Carrasco had broken into her home. She reportedly found him in her garage, attempting to hot-wire a dirt bike. Carrasco then fled again.

Officers later received a report that Carrasco had stolen a vehicle from the Glorieta Campground. Authorities believe he may be trying to get back to Colorado.

Officers found Carrasco driving the stolen vehicle north on I-25. During the pursuit, Carrasco drove in the wrong lane and collided head-on with a Ryder moving truck near mile marker 319.

Again, Carrasco ran into the woods. State Police officers called for additional resources and a search began, which eventually led to Carrasco being found.

Carrasco was taken to the hospital where he is being treated for injuries sustained in the crash.

Officers have charged Aurelio Carrasco with: