CHAMA, N.M. – Despite the extra rain, the faucets in one northern New Mexico village are dry. Some folks in Chama can’t even flush their toilets or take a shower.

“The highway department is going to put three signs coming into Chama that basically says don’t stop, we have no water,” said Ernest Vigil, mayor of the Village of Chama.

Vigil says their water supply issues started two years ago when the town’s water plant imploded, ever since then, he says it’s been a ticking time bomb.

“We knew this was coming because our water was going down, down, down, down all you can do is call and beg for help, which we have done,” said Vigil.

And to make matters worse, in May there were signs of a significant leak. 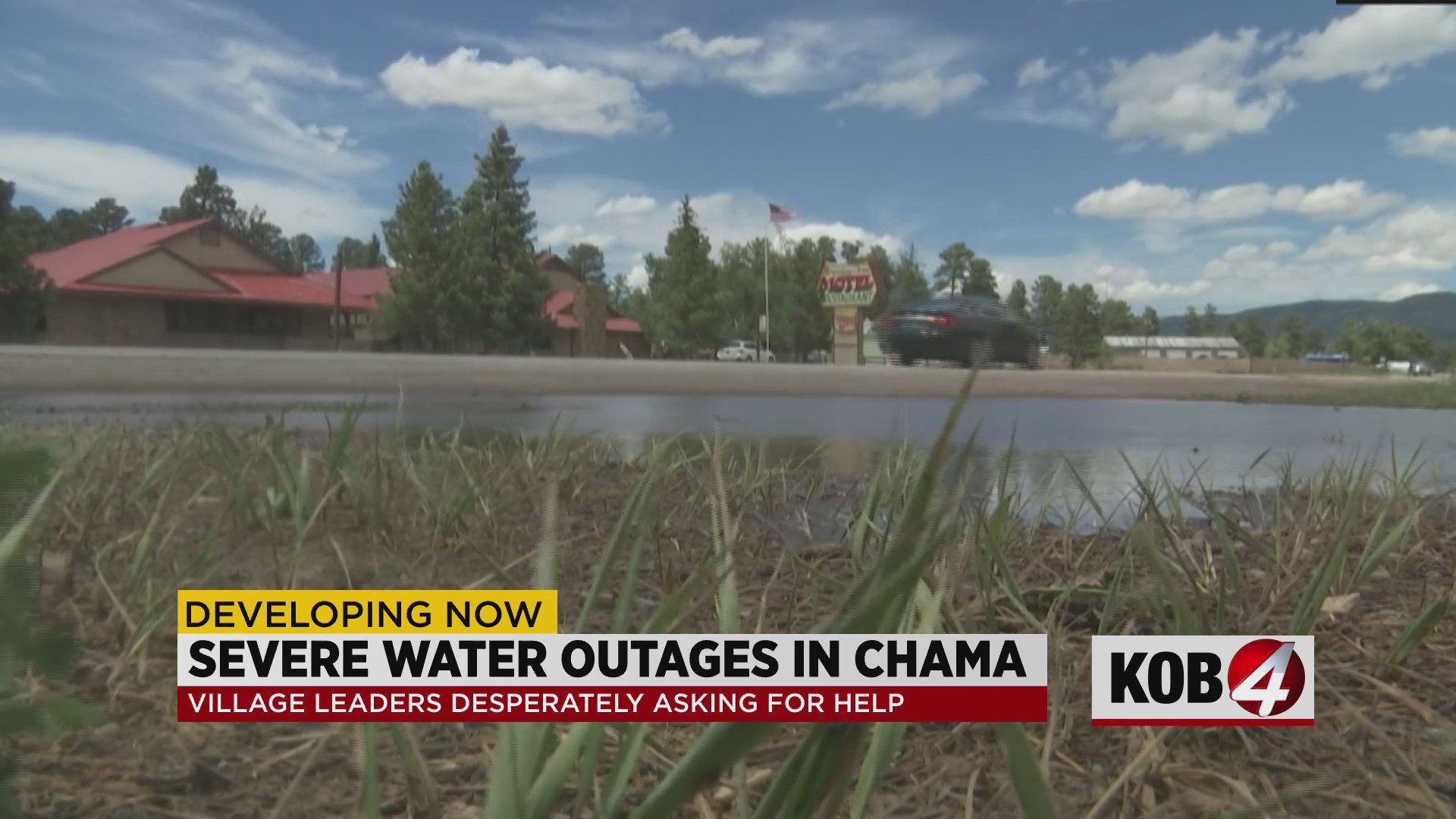 “I am talking about millions of gallons over the course of the last six weeks just gone, and not from consumption,” said Nicole Mangin, co-owner of Mountain Pacific Meter.

Now the day has come when you can’t turn on the water in Chama.

Vigil says with they barely have any outside help, and he feels like his community doesn’t matter.

“We will give you 20,000 gallons of water a day, and we’ll pay for it, the governor’s office. That’s not even enough water to back wash our tanks in a day, and we tried telling them that, but we have to take what they give us,” said Vigil.

And the already hard-hit local businesses were forced to close their doors again during peak tourism season.

“To start out like this is absolutely trying we are definitely losing $15,000 a week in revenue, 4,000 daily operations, the margin lines are so thin already it’s almost at the breaking point scenario,” said Chad King, Box Car Café operator.

Vigil says he doesn’t know when or if Chama will receive help, but if they don’t get enough water soon, residents will have to leave.