New Mexico’s ‘Arnold Tool’: How big of a role does it play in a judge’s decision?

ALBUQUERQUE, N.M. – The purpose of New Mexico’s Arnold Tool seems simple. According to an assistant public defender in the Second Judicial District, “the purpose of the Arnold Tool is to look at relative risk based on a number of factors of every person who gets arrested on a felony.”

But what goes into the decision about release versus detention, or how strict a suspect’s conditions of release should be, is not black and white.

We looked at two recent cases, for example, those of Muhammad Syed and Jeff Irving. Syed is accused of shooting and killing three Muslim men in Albuquerque within the last month. Irving reportedly injured 15 people while driving drunk through a Gallup parade route weeks ago.

Both of their Arnold Tools recommended release, but judges kept both in jail. 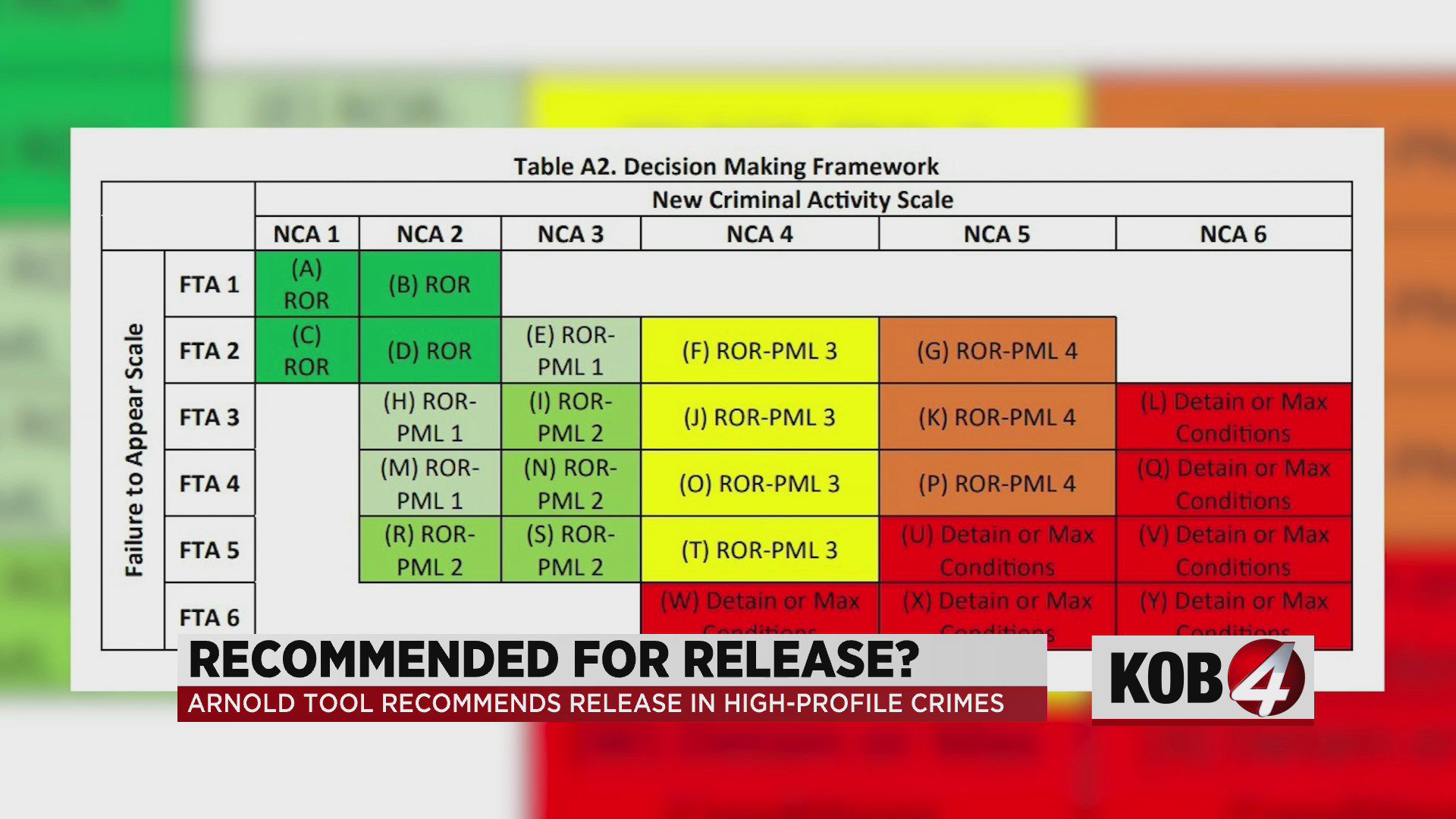 “Judges are required to consider the PSA,” said Ibarra. “Different judges consider it more or less. No judge follows it entirely. There’s not one judge who is just going to default to what the PSA says.”

But the question stands, why does the tool recommend release for some of the state’s most violent offenders?

“I certainly don’t think most people in the public understand that this risk assessment tool doesn’t really add much weight to the seriousness of the crimes, the gravity of the crime,” said Bernalillo County District Attorney Raúl Torrez.

Torrez says his office has asked to keep about 700 felony offenders in jail until trial so far this year.

“80% of those that we have moved to detain, the Arnold Tool has recommended release under some form of supervisory conditions,” said Torrez.

Arizona and New Jersey, for example, have entirely different interpretations and implementations of the Arnold Tool.

“What’s interesting is if you use the Arnold Tool in other jurisdictions, you wouldn’t have that outcome,” said Torrez. “Arizona’s another example where they use a supplemental framework in addition to the scoring system and it leads to very different recommendations for the courts. We tried to get those questions and frameworks put into place when we first adopted the Arnold Tool. We were overruled by the courts and by the defense bar.”

Several leaders underlined it’s ultimately up to a judge to decide whether to release a suspect. The Arnold Tool is just that—a tool– to help them make decisions.