LOS LUNAS, N.M. — Roads going through a new development in Los Lunas looked more like rivers last weekend after the village says they got more than two inches of rain in just 30 minutes.

Now neighbors are voicing their frustration as they try to clean up all the debris spread through their neighborhood.

“The day the rain came through, last Saturday, the whole yard flooded in the back here, the landscaper just finished working that morning,” Christine Christiansen said.

When Christiansen looked out living room window, water filled her yard from the fence to the sliding glass door. She told KOB 4 she was worried the water filling her yard could get in her new house.

Her concerns only grew when she looked out the front door. 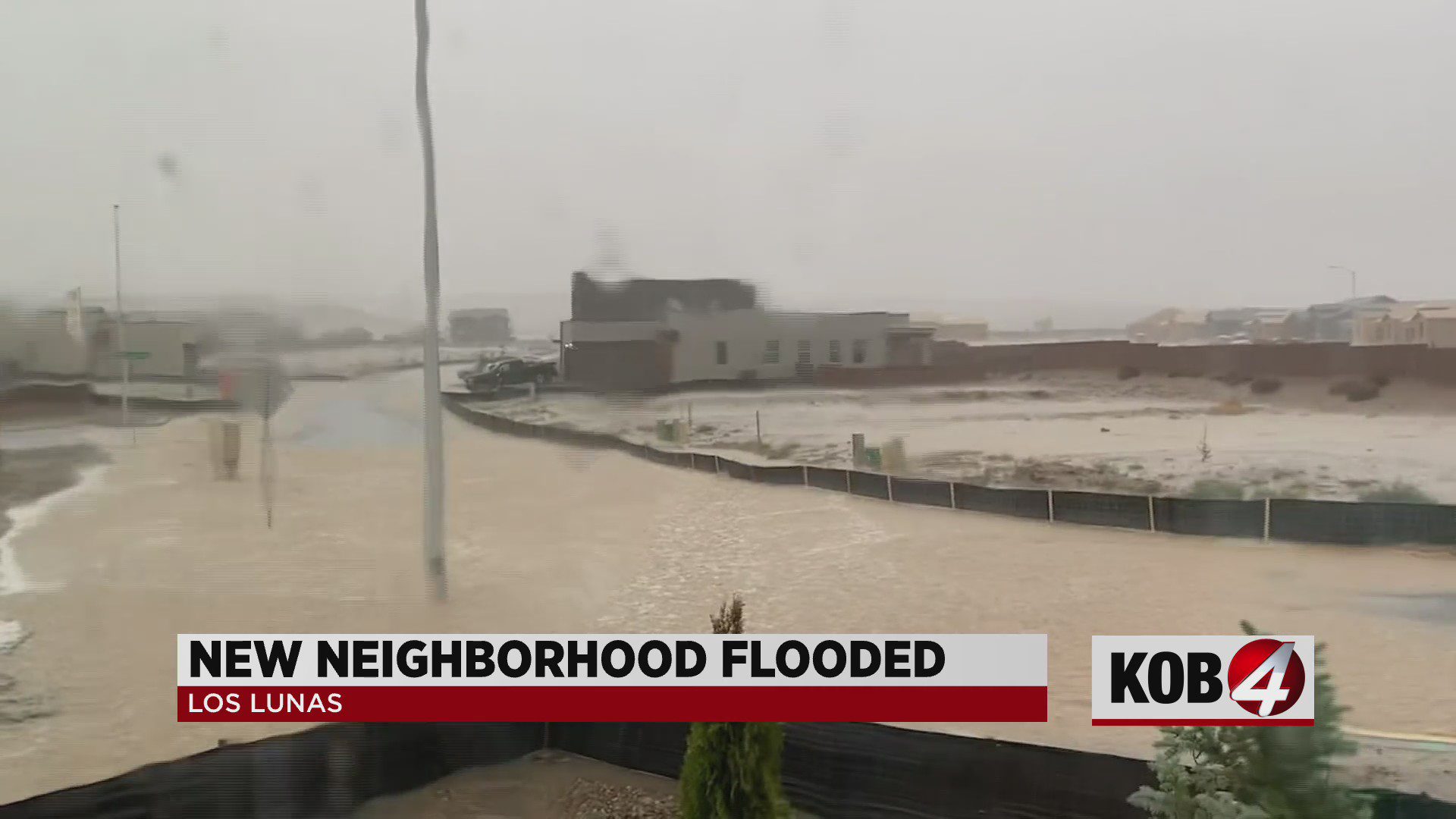 “The streets flooded so it looked like a river flowing down the streets, then the water was backing up because of the trash and debris blocking it,” Christiansen said.

When she went outside after the storm, she saw the drains along the road were covered by lumber and debris.

As construction continues in the new development, the Los Lunas Public Works Department said a lot of the water actually came from undeveloped land to the west.

“There is very little mitigation further west of this development and that caught this development off guard a little bit because now we have additional water coming off site onto this site that’s trying to control that water,” said Michael Jaramillo, public works director.

The new neighborhood does have one drainage pond but it wasn’t enough to get water off the streets and out of lawns.

“The developer is going to fix and repair many of the features and structure that got damaged in the rain, then what we are doing is we are actually looking, with this developer, to improve that offsite mitigation trying to minimize water coming from the west into the development,” Jaramillo said.

Storm drains have been cleared and now are protected with sandbags and covers – but this is only a small part of fixing the neighborhood’s drainage issues.

“The water was just the first part we now have extensive damage to the backyard we just finished,” Christiansen said.

She’s hoping the solution comes before then next storm.