ALBUQUERQUE, N.M. – A new CPI report shows the historic high inflation rates we haven’t seen since the 1980s are finally slowing down.

But a finance expert at UNM explains why this report doesn’t mean a rosy picture for New Mexican families.

“What we saw in our most recent report is a little bit of a surprise,” said Reilly White, UNM finance professor. “Food, rent, things they might buy in energy, gasoline, puts into a pot and says ‘lets see – let’s track to see how much more expensive it’s become.'”

Jon Schuster sent KOB 4 a photo from Alamogordo – just over $3 for a gallon of gas. But the surprise came from the inflation number.

“We knew that last month we hit an all-time 40-year high in inflation at 9.1%. The numbers this month show some improvement,” White said. 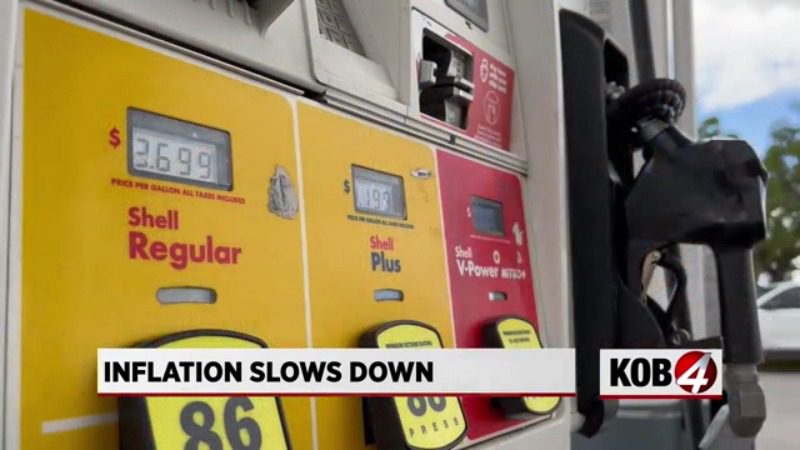 The growth of inflation slowed down to 8.5%, meaning the value of the dollar did not decrease as fast as it has been.

“It doesn’t bring us back to that point of where we want to be, the Federal Reserve targets inflation rates of around 2% and we’re still way above that. But, it does show we’re moving in the right trajectory,” said White.

The right direction in general, but some prices are still on the rise.

“But tying it back to New Mexicans, you’re still going to feel some pain with inflation. For example, one number that was a particular note in the CPI report was food. Food prices are up – almost – over a whole percent in this month,” White said.

Budgeting and belt-tightening can help, as some say this might mean we have turned a corner.

“One month does not make a trend. But, we do have some cause for cautious optimism in the next few months,” said White.

There are things people can all do if it feels like money is flying out the door lately.

White says budgeting is the first – identifying where your money is going, then shopping around to find the best deals. Saving when you can and setting up automated saving deposits when you get paid can also help during tough times.