ALBUQUERQUE, N.M. – A recent survey shows New Mexico is the fifth-worst state for road rage in the country, only behind Utah, Missouri, Colorado, and Oklahoma.

KOB 4 asked some people about the ranking Sunday, and plenty shared on the topic.

Stories about getting confronted or getting into crashes, and many say because of how common road rage is here– they’re often scared just to be out on the roads.

“Just like merging into a lane and the person behind you just tailgates you, starts honking,” said Daniel Valenciano, Albuquerque resident.

One woman KOB 4 spoke with says her teenage daughter was in a head-on collision recently because of a road rage driver brake-checking her. 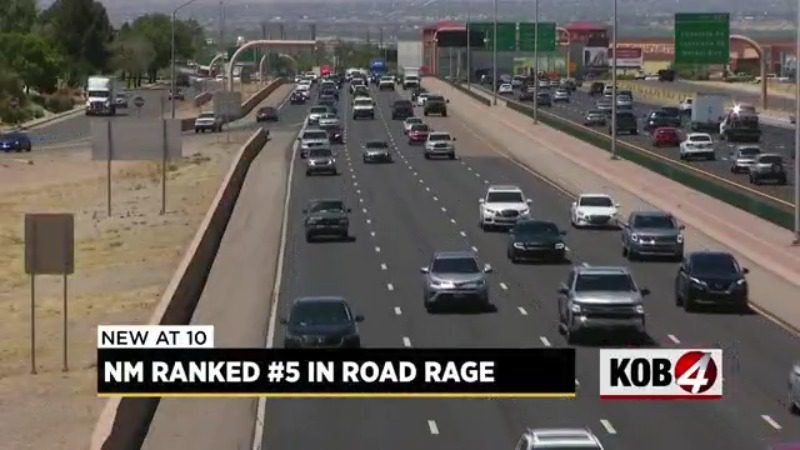 “I was hysterical. I got the call and she was on the phone and she was crying and I couldn’t make out what she was saying,” said Sabrina Montoya, Albuquerque resident.

And mothers know– you never want your children to be at risk.

“You never know what’s going to happen when you have your kids in the vehicle and somebody’s going to get angry and start following you,” said Elizabeth Holtry.

Back in June, police say a local man killed two 14-year-old girls in a road rage crash near Central and Tingley.

In October, it will be a year since a local man was shot and killed in Old Town during a road rage incident. He was driving his 7-year-old grandson to school.

Then there was the tragic killing of a 4-year-old Lily Garcia in 2015. A man pleaded guilty to shooting her during a road rage incident on I-40.