ALBUQUERQUE, N.M. — Agents with the New Mexico Department of Game and Fish were tipped off that someone had an illegal tiger in Albuquerque.

“In my almost 15 years of experience as a wildlife biologist I’ve learned to never say never,” said Ryan Darr with the department.

Investigators went to a home near Old Town to look for the tiger, but instead found a bunch of guns, drugs and a little alligator.

Game and Fish officials said the tiger is between 30 pounds and 60 pounds – and is about to get a lot bigger.

“Certain species of tigers can grow up to 600 pounds,” Darr said. “So this young tiger has a long way to go. Especially when we have a tiger that is full grown, we begin to have many more concerns about public safety.” 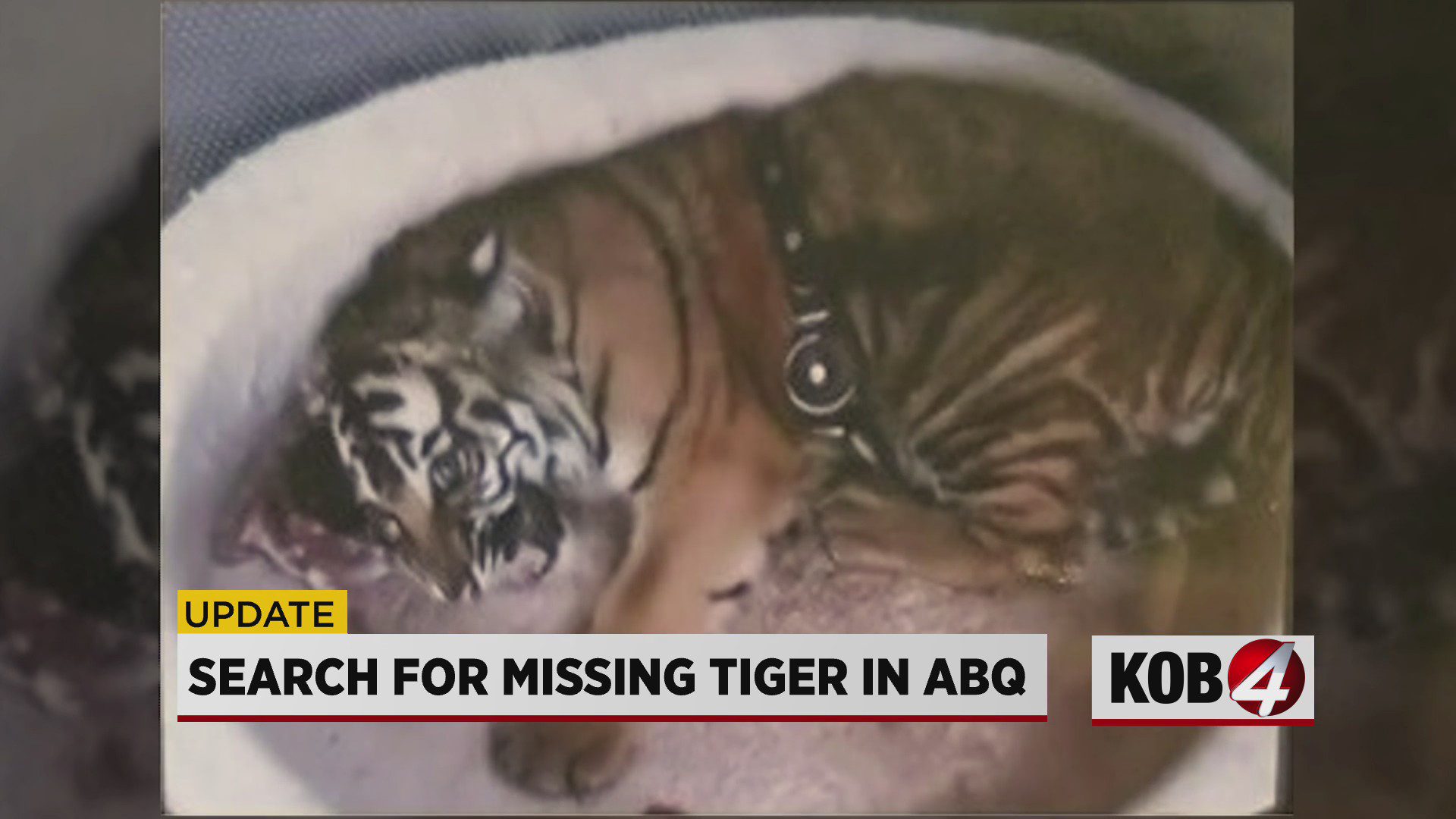 So, does your neighbor have a tiger next door?

“Well, the information that we have suggests the animal is likely in New Mexico, or an adjacent state,” Darr said.

It is illegal to own an exotic animal. While it’s a misdemeanor in New Mexico, the federal U.S. Fish and Wildlife Service could have harsher penalties.

Game and Fish agents want your help to find the tiger. Anyone with information is asked to call Operation Game Thief at 800-432-4263 or submit an anonymous report online here.