ALBUQUERQUE, N.M. – Republican candidate for New Mexico Governor Mark Ronchetti says someone shot at their home last Wednesday while he was out of town. His wife and kids were not home at the time.

Their garage window is still damaged, and you can see pellets in their front yard.

“It was unfortunate to see,” said Ronchetti. “When this happened the first emotion we had was relief that it wasn’t worse.”

Ronchetti called Albuquerque Police. The department’s call log from that night shows no one was home during the incident, and the family reported they did not see anyone on their security cameras.

“They did their best to get out as quickly as they could but obviously given how busy they are they couldn’t get here for a long time,” said Ronchetti. 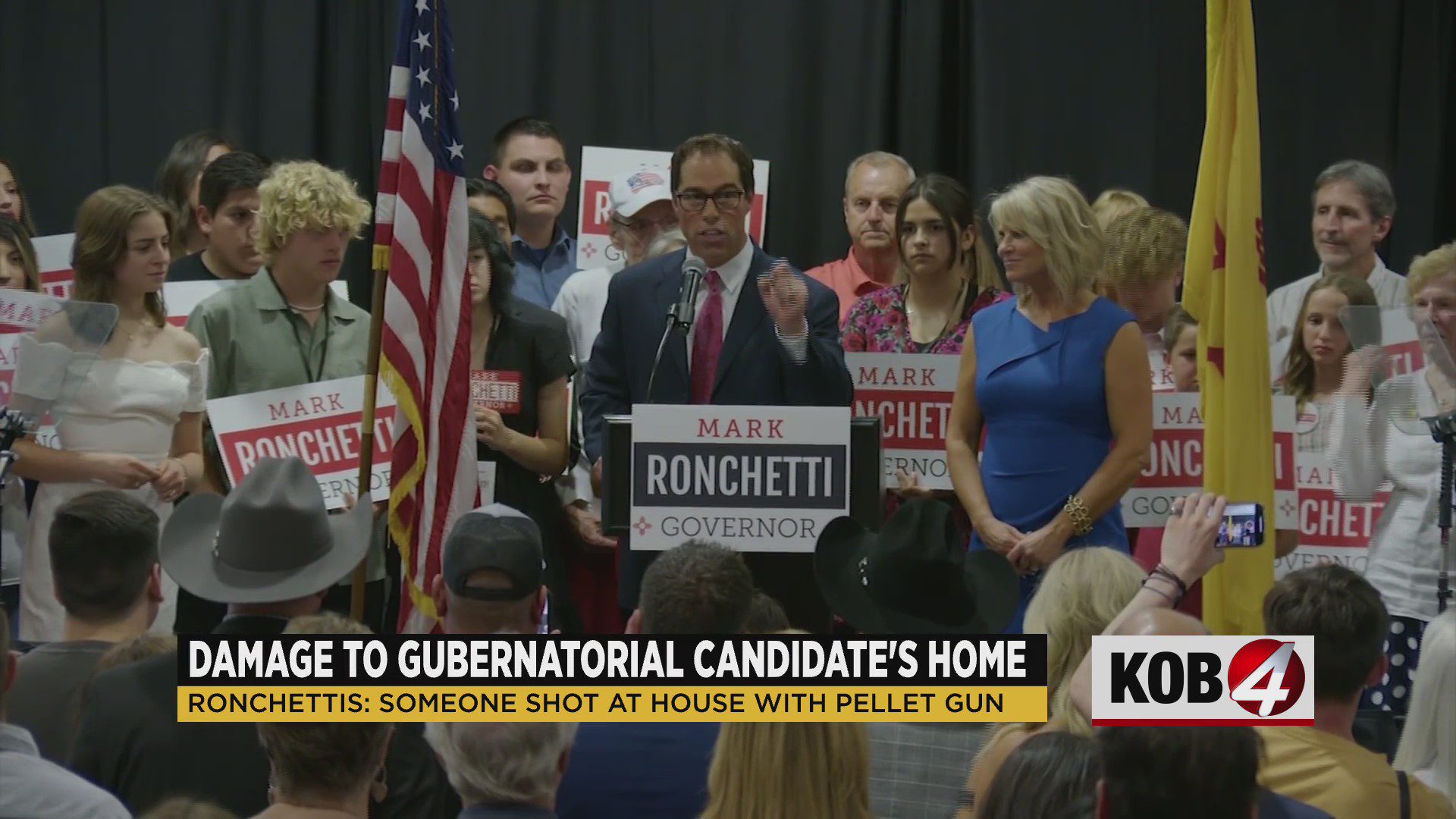 He says his family has since taken more precautions.

“This is a story that too many people have. Everybody’s got a crime story now and we’re seeing it day in and day out,” said Ronchetti.

KOB 4 reached out to Gov. Michelle Lujan Grisham’s campaign for a comment on last week’s incident. They did not share any kind of statement.