GALLUP, N.M. – A man was arrested and charged with DWI after driving an SUV through the Gallup Intertribal Ceremonial parade.

33-year-old Jeff Irving is accused of driving through the parade. 15 people were injured – including two Gallup police officers, Gilbert Gonzales and Elijah Bowman.

New video shows how close that SUV came to hitting even more people before a parade attendee helped pull the suspect from behind the wheel.

Gallup police officers actually tried to approach the SUV while it was still parked, they were told people inside were drinking. But when they tried to talk to the driver, he backed up and drove off, injuring those officers before driving into the parade. 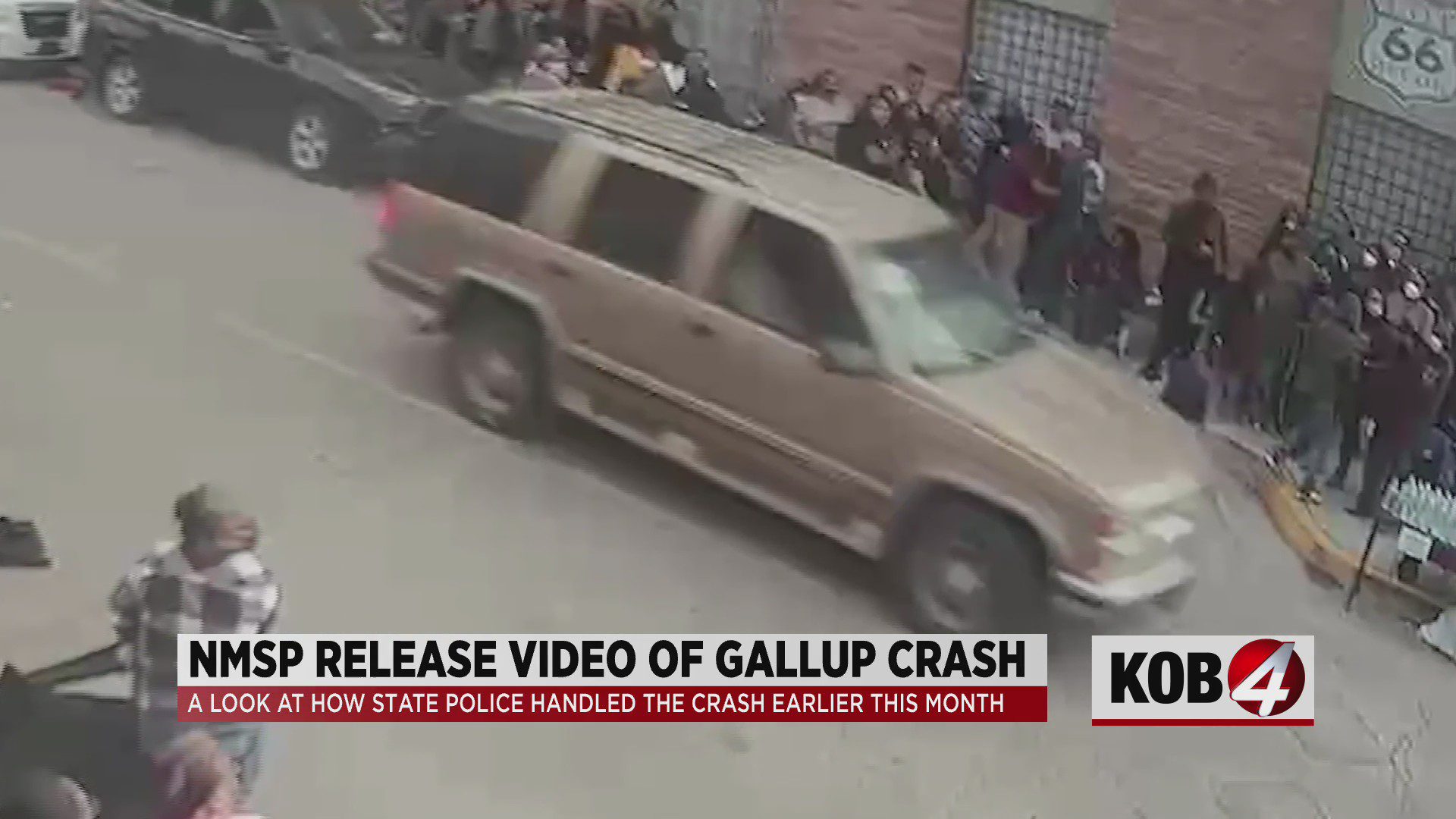 Then it started, in a matter of seconds families watching the Intertribal Ceremonial Parade in Gallup were out of their seats, hugging the curb as that SUV passes by.

Another angle shows dozens of people scrambling to the sides of the road. The SUV hits the orange barriers and just keeps going, before coming to a crashing stop.

“I heard a bunch of crashing and I look this way and I see the SUV going that way so I told my family, I told everybody, get back, get back.”

15 people were injured. Many people jumped into action, including Vandever.

“I opened up the door and put it in park and turned it off and I got this guy and I pulled him out.”

Police arrested Irving and say a breath test showed he was three times the legal limit. He mumbled to himself during his ride to the police station, seemingly unaware of what had happened.

“You guys have nothing on me,” said Irving.

His brothers in the car with him admitted to officers they had been drinking earlier in the day.

Irving will stay in jail before trial. He is facing more than two dozen charges in this case.

A preliminary hearing is scheduled for this week.