ESPAÑOLA, N.M. — A suspect was shot by the Española Police Department Tuesday, according to New Mexico State Police.

Around noon, State Police learned Española police responded to the Pajarito Housing on Calle del Sol, regarding a domestic violence call. Officers arrived and talked to the suspect, identified as Jerome Naranjo, at the front door. Naranjo attempted to close the door but officers were able to get in.

Police said Naranjo and officers engaged in a physical altercation, and officers saw Naranjo allegedly armed with a gun in his hand. Upon noticing this, the Española police officer fired his weapon.

Naranjo was taken to an area hospital and then to a hospital in Albuquerque. He is in stable condition and, upon release, will face charges.

No officers were injured in the incident, which remains under NMSP investigation. 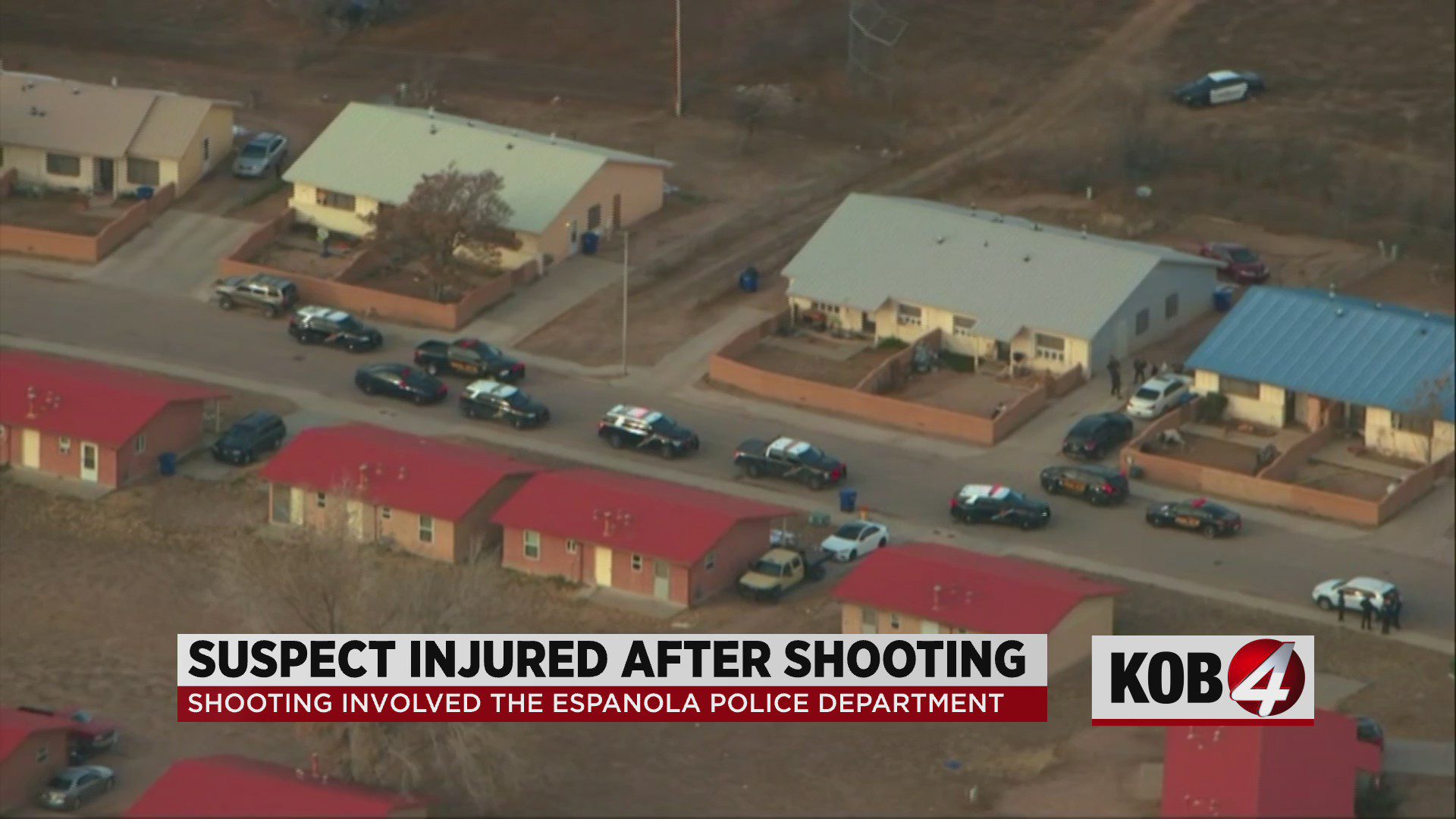