ALBUQUERQUE, N.M. — New lapel and dashcam video shows what New Mexico State Police saw during a pursuit earlier this week on I-25 in Albuquerque.

The pursuit started just after midnight Monday when police saw a man driving a 1997 Buick Century erratically and speeding. When an officer tried to pull him over, he took off.

Eventually, the driver pulled onto a dirt road and suddenly did a U-turn toward officers, which led to a head-on crash. No officers were injured and they continued to pursue the driver who kept going until he crashed into a ditch. He and a female passenger attempted to flee on foot but were soon apprehended.

According to State Police, the man, identified as David Marquez, had a gun and a magazine on him. Upon searching the car, officers found a loaded handgun inside.

Marquez and his passenger, Gabriella Ramos, were taken to the hospital where they were treated and then arrested upon release. 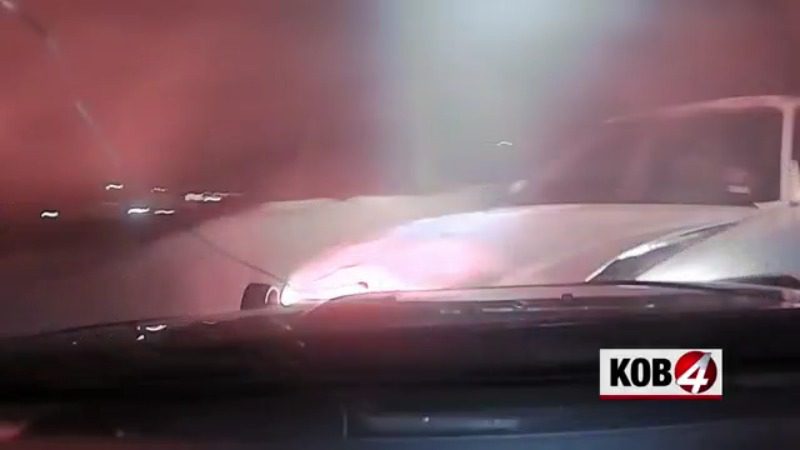 Marquez was before a judge Friday where it was decided he would stay behind bars until his trial.