ALBUQUERQUE, N.M. – One cocktail bar in Nob Hill is getting plenty of national recognition.

“I’ve always been a proponent of small markets. I always feel like you know New York, Chicago, L.A., they always get the love, but you know we’re doing really good things out here,” said Kate Gerwin, co-owner of Happy Accidents.

Drinks International named Gerwin one of the Top 100 Most Influential People in the world within the cocktail industry in June. Weeks later, Tales of the Cocktail named Happy Accidents Best New American Cocktail Bar. September rolled around, and Liqour.com also named it Best New Bar.

It’s a trio that has exceeded Gerwin’s expectations. 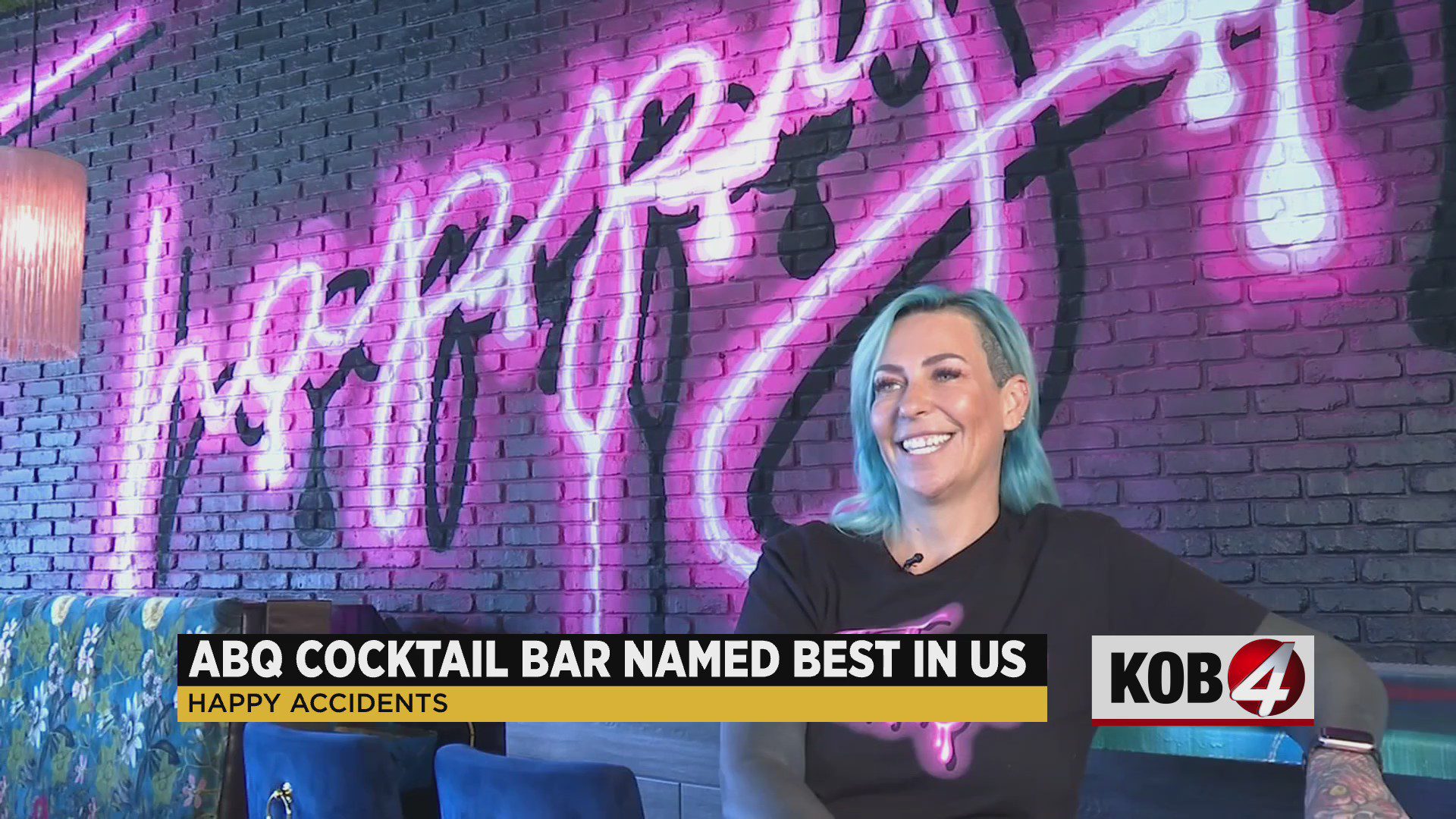 “We’re here we’re doing this and people are paying attention, and I always make jokes like’ we’re out here in the desert making waves’ and I didn’t really think people were paying attention and it turns out they are,” Gerwin said.

Even Forbes posted on Instagram after the Liquor.com nomination.

“At the end of this very long interview they said ‘we want you to make your favorite cocktail’ I said ‘I’ll be honest a lot of bartenders don’t drink cocktails, we drink beers or neat pours, we get a little cocktail’d out,'” said Gerwin.

Gerwin and her business partner opened Happy Accidents with a few things in mind.

“How do we change the game? How do we prioritize our employees while still being profitable and successful? How do we make sure our staff knows that they’re cared for, that they’re not gonna be left out in the cold?”

They pay a living wage, and offer health insurance with 100% mental health coverage to every employee, it’s another aspect that makes them stand out from others.

“This is something to take pride in. This isn’t something you just do while that other thing is working out. In L.A. it’s like I’m gonna be an actor or I’m going to school but this is something that has sustainability,” said Gerwin.

Now she has bartenders from across the country seeking out New Mexico for their next move.

“I want people to realize we’re building a craft cocktail culture and there’s something here to want to be a part of,” Gerwin said.