ALBUQUERQUE, N.M. – It was a normal morning stroll for Nob Hill resident David Alford and his dog Roscoe, when he spotted something out of the ordinary.

“On my way home, I was coming back this way and I looked down and saw the teeth on the ground,” said Alford.

A set of teeth, just sitting there on the sidewalk, “I imagine that they were drunk or maybe they fell out of their purse,” Alford said.

Dentures that without insurance could cost up to $12,000.

“I am getting ready to get my teeth fixed right now and it’s expensive and I was like wow somebody needs these and so I made a note,” Alford said. 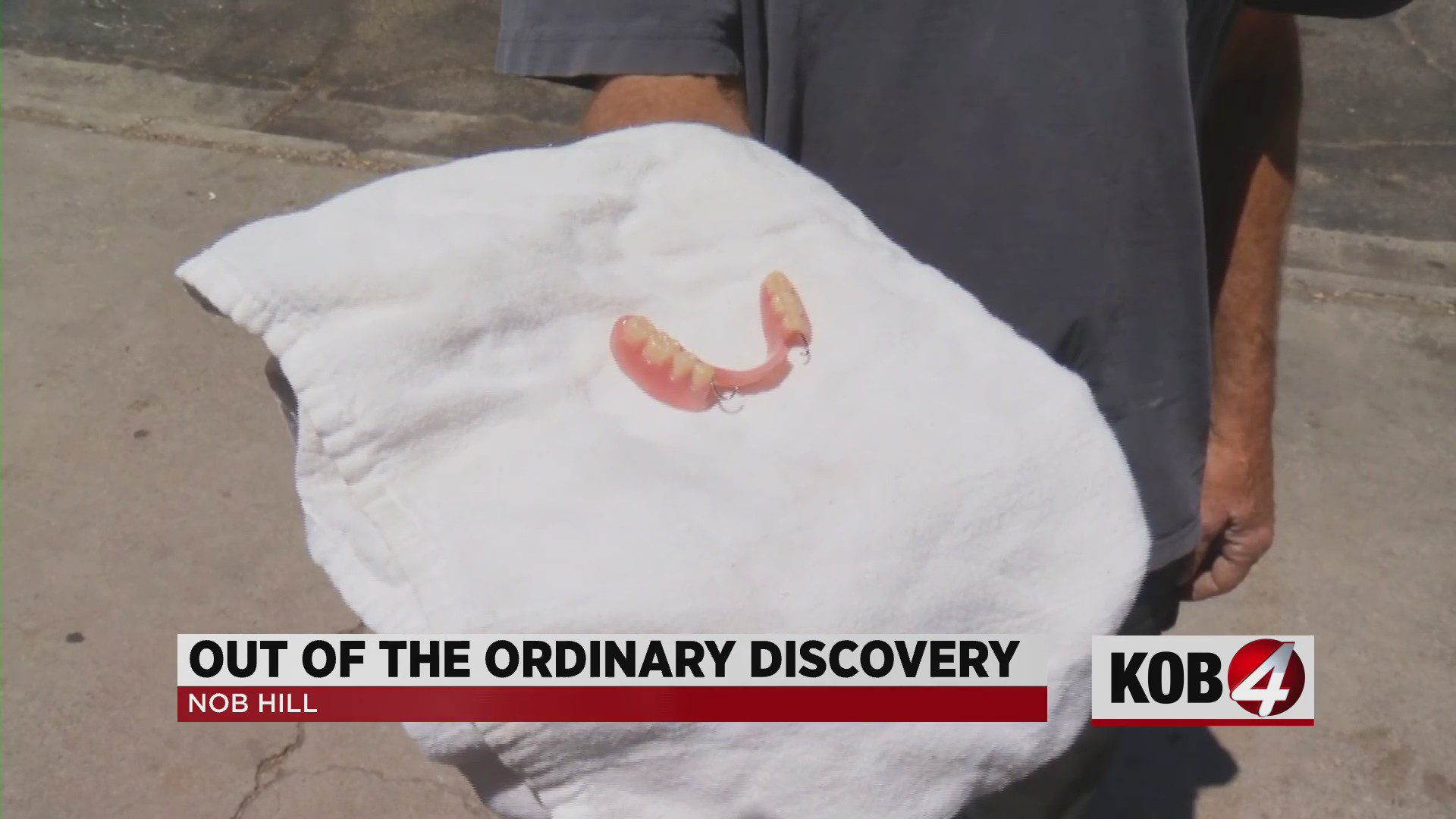 He taped the note to a sign pole in Nob Hill, Alford said if he was in the same boat he’d hope someone would do the same for him.

“I can’t leave that there, I couldn’t leave it there, then I am somebody that doesn’t care and the world is a bad place where people don’t care about each other,” he said.

Somebody saw the sign, took out their phone and snapped a picture. They posted it on Reddit, and it got attention.

Alford says he’s gotten a few calls about the missing teeth but has not come across the owner yet. However, he says the teeth are in good hands while he waits for that phone call.