SAN JUAN COUNTY, N.M. – Nationwide, volunteer firefighters are becoming more and more difficult to find and for a rural state like New Mexico, where the majority of fire departments are volunteer, it makes it harder for fire crews to respond to calls.

“I joined the volunteers services at 16 because my dad was a volunteer firefighter and I know a lot of people from my generation, and generations before aren’t first-generation volunteers they did it because their moms or their dads did it, that’s changing,” Herrera said.

For the first time in the fire department’s history, the number of volunteers has dipped below 200.

“The big thing that we are seeing is that it’s hard to keep and find volunteers not just as a fire department but nationwide,” Herrera said. “People have very busy lives, they have families, they have full-time jobs.” 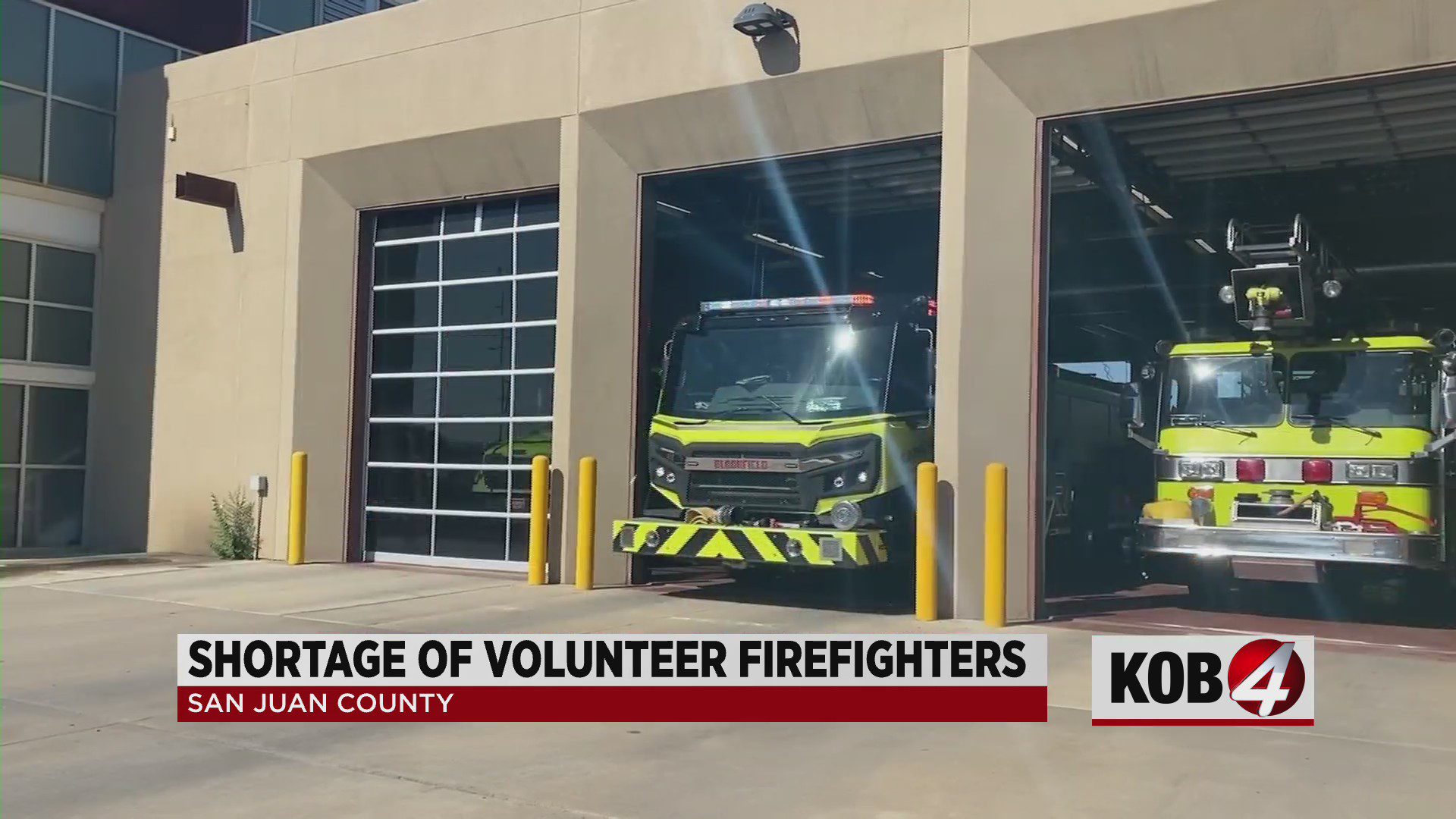 Fewer people willing to respond to calls puts a strain on the volunteers working to cover the 35,000 square mile response district.

“Less volunteer firefighters means that we are putting more of a wear and tear on the volunteers that we have, so those people are wearing out quicker,” Herrera added.

And while New Mexico has a looming threat of wildfires every year the fire department responds to calls every day.

“If you call 911 you’re going to get the fire department more than most likely,” Herrera added. “We handle everything from emergency medical services to motor vehicle collisions to technical rescues to public service calls we’ve gotten goats out of trees.”

Herrera said if the number of volunteers doesn’t replenish, the fire department will explore the idea of hiring more paid staff which would increase the department and county budget.