On Capitol Hill, Gov. Lujan Grisham testifies on the impacts of climate change

“We need to look no further than this state to see the devastating impacts climate change is already having in our states and on our communities,” said Lujan Grisham.

The governor said they serve as examples of why government leaders need to turn things around. The committee focused on rules for New Mexico’s oil and gas industry to reduce emissions and meet renewable energy goals. 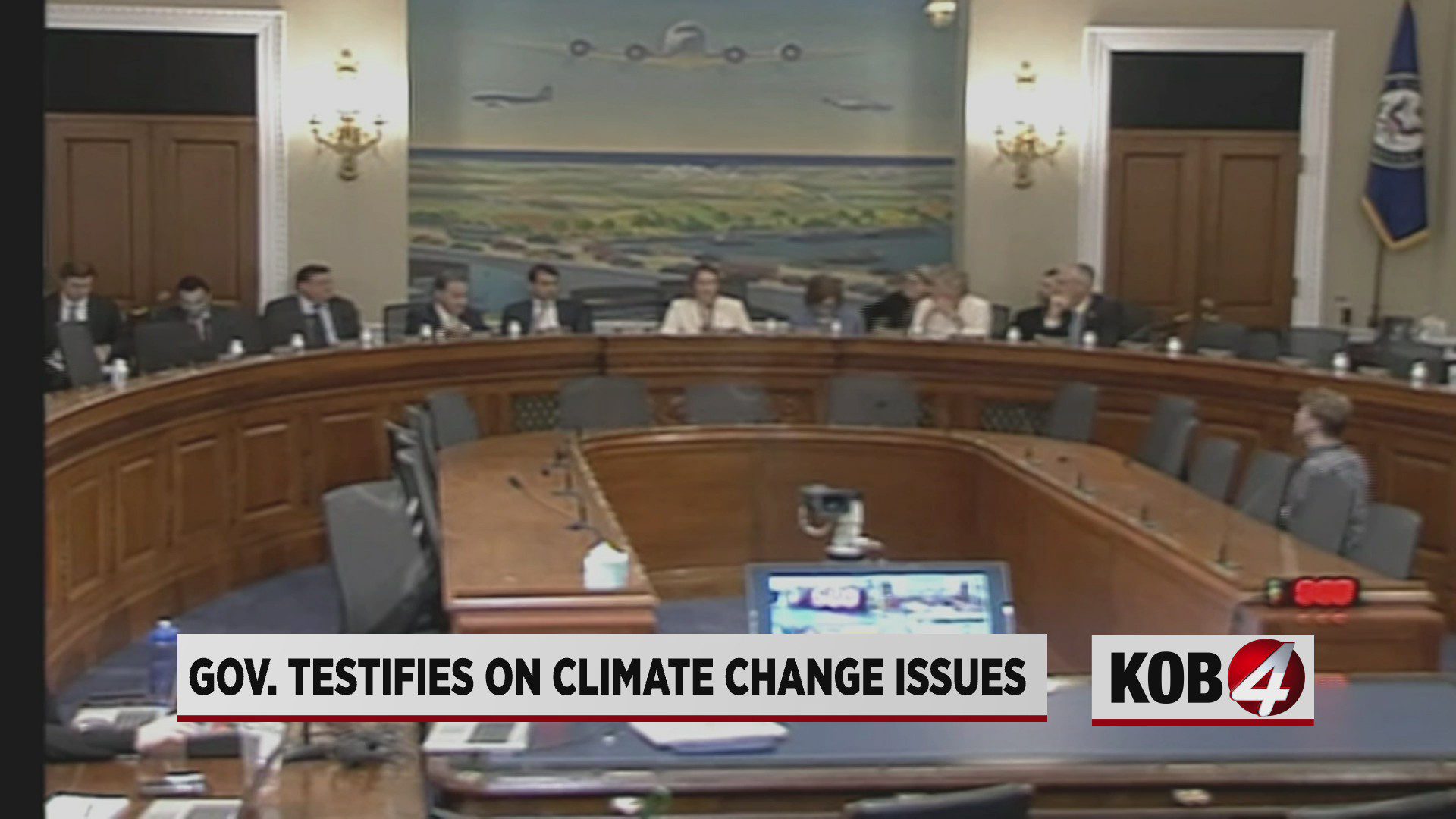 “A lot of folks have said what you’re doing in New Mexico is a model,” said U.S. Rep. Kathy Castor.

“My advice to Congress is we did work with the oil and gas industry, very closely, and our environmental stakeholders as well as constituents living in frontline communities,” said Lujan Grisham. “New Mexico’s rules create a predictable and fair environment for an industry that encourages innovation, eliminates waste, and removing the most potent emissions from the atmosphere and combating climate change.”

The purpose of the committee is to find ways to reduce pollution and other factors impacting the climate.

The governor said collaboration is key to finding success and reducing the chances of seeing future damage to the environment.

“Sadly, extreme events like this are becoming the norm, and it’s going to take all of us across every level of government to reverse these extreme impacts,” Lujan Grisham said.

In response to the testimony, the Republican Party of New Mexico issued the following statement:

“Today’s testimony before a Congressional committee once again demonstrates that our Governor is out of touch with her energy policies. She continues to use the national stage to try to advance her political standing, but, more importantly, Lujan Grisham’s progressive platforms defy what’s right for New Mexico. She will always turn her back on her state’s needs and the vital oil and gas industry that’s the driving fiscal engine in New Mexico. This important industry pours billions of dollars into our state coffers and provides more than a hundred thousand direct or related jobs. This Governor continues her efforts to impose painful regulations against oil and gas, and it’s crystal clear that Lujan Grisham has become a true threat to our essential energy sector and the future of our state. New Mexico can become a key player to provide energy independence for our nation, but Lujan Grisham and her progressive pals hold steadfast to the belief that $100 to fill your tank is right for consumers. RPNM believes gas and food should be affordable to working class citizens.”