ALBUQUERQUE, N.M. – New Mexico’s state tree — and the bird that calls it home — could be in jeopardy because of the ongoing drought conditions.

“It’s not a guarantee that we will see mass mortality of piñon trees throughout the state, but it absolutely could happen,” said John Formby, a forest health specialist with the New Mexico Forestry Division.

Formby says the beetles have an advantage though. After years of historic drought conditions and above-average temperatures, the piñon trees are not able to properly defend themselves. 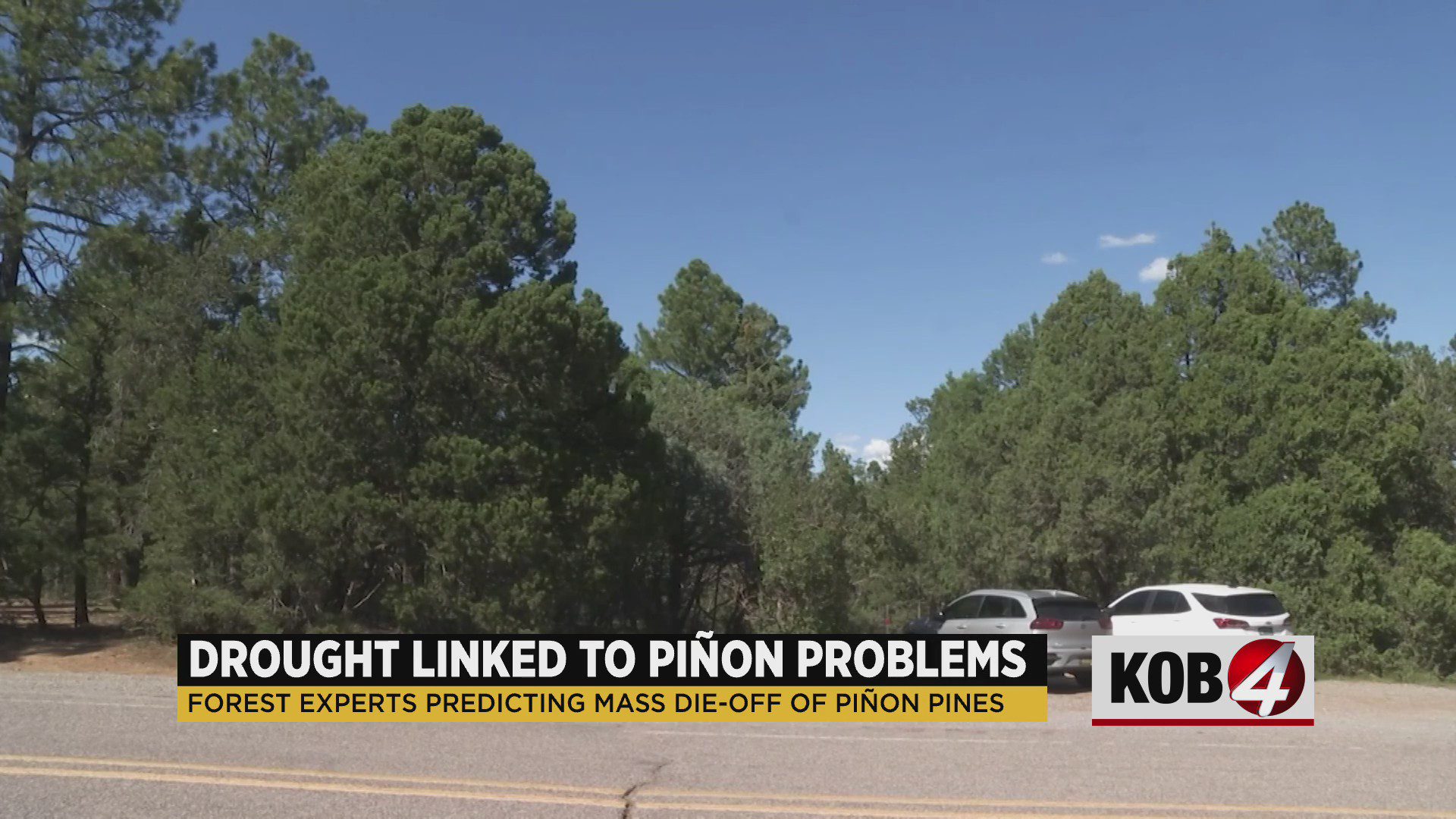 “If they have enough moisture then trees can try to defend themselves with resin,” Formby said. “And there’s some secondary components of resin that act as insecticides. If they don’t have enough moisture to produce resin, then they really stand no chance if bark beetles feel like they can attack and kill those trees.”

He says there are steps homeowners can take to protect piñons on their property, but adds there is not much they can do to stop them.

“Unfortunately, it’s something we kind of have to ride out,” he said.

Piñon trees have survived “mass die-offs” before, most recently in 2013.

Formby estimates only 10% of piñons across the state were killed then. He’s predicting a similar outcome now.

“We probably still will have a lot of trees out there. But you know, it does start to take a toll on the population,” said Formby.

That includes the pinyon jay, which is biologically linked with piñon trees.

“They have what’s called a mutualistic relationship,” said Patricia Estrella. “So the pinyon pine rely on the pinyon jays to bury their seeds and that’s what allows for the next generation of pines.”

Estrella is a representative with nonprofit group “Defenders of Wildlife.” She’s petitioning the U.S. Department of Fish and Wildlife to declare the birds an endangered species.

Data from the North American Breeding Bird Survey shows pinyon jay populations have dropped by a staggering 83% over the past 50 years. Experts believe the current population could decrease by another 50% by 2035.

“The main concern is habitat loss,” Estrella said. “They’re still trying to determine what, for sure if that’s what’s causing it, but it seems like that’s the most likely cause.”

Estrella says it’s still unclear if mass die-offs of piñon pines is linked to declining bird populations, or the other way around.

“It’s really hard to tell, you know, the chicken or the egg, which came first if the pinion jay decline is because of the tree.”

Estrella says declaring the birds an endangered species would ensure more habitat protections, but that process could take up to a year. She says the protections would also benefits many other species.

“There are a number of others birds and mammals and insects that rely on these, these forests, and so without the Pinyon Jay to be there to help plant these next generation of forest, all those other species would be losing their habitat as well,” she said. “We’re seeing in real, like, within our lifetimes, how climate change and drought are affecting one bird and how that can affect an entire ecosystem.”

Formby believes there is growing concerns about the fate of piñon pines because of its cultural importance in New Mexico.

“I think that’s why pinyon is so near and dear to the hearts of the citizens of New Mexico,” he said. ”It is that tree that really says New Mexico and is really a cultural center of our forests and woodlands.”