ALBUQUERQUE, N.M. – In court Monday was controversial Cowboys For Trump Founder Couy Griffin. He is already convicted of trespassing at the U.S. Capitol on Jan. 6, but now it’s up to a judge to decide if the Otero County commissioner gets to keep his job.

Monday’s opening statements in a civil lawsuit against Griffin began, and it was clear from the start Griffin still believes his actions on Jan. 6 were “peaceful.”

Judge: “Now I’m going to ask you again who drafted those pleadings?”

Griffin: “A friend of mine in Roswell, New Mexico – his name is Hiram.” 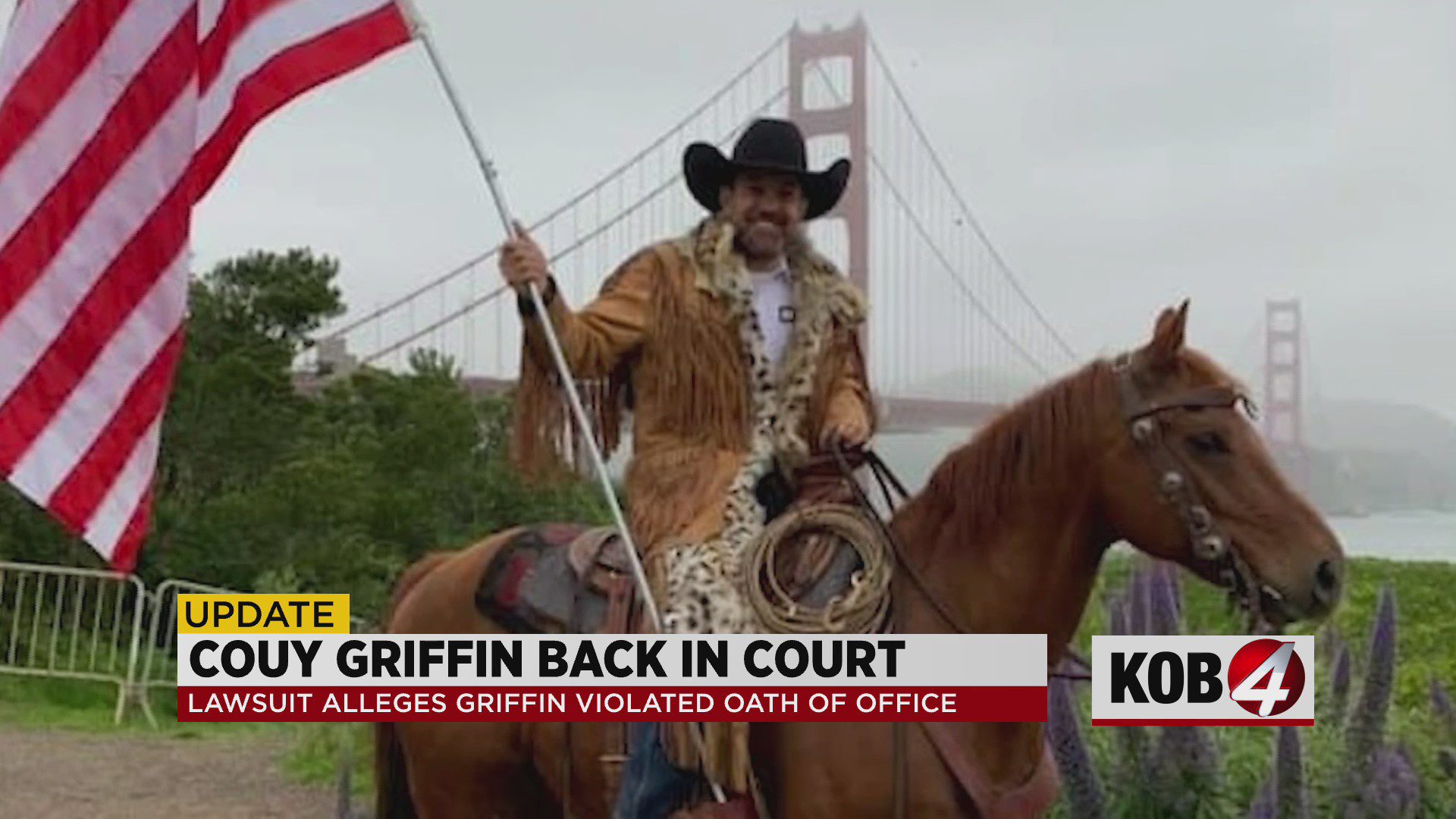 “As God as my witness, I do not know his last name. I only know him by his first name Hiram, and he’s not a licensed attorney, he’s not a bar-certified attorney, he’s a friend of mine who knows the law and has helped me to draft this motion,” replied Griffin.

“You can tell Hiram that I’m referring this to the disciplinary council for investigation and appropriate action, and I’m striking your pleadings,” said the judge.

It was a rocky start to Griffin’s latest trip to court.

On Monday morning, opening statements began in a civil lawsuit to remove the Cowboys For Trump Founder from his Otero County commissioner position.

“And so it’s based on the simple proposition that one that takes an oath to the constitution and violates that oath in an insurrection against the constitution is disqualified from office,” said the plaintiff’s lawyer.

The lawsuit was filed on behalf of three New Mexicans who want him out of office. Now, it’s up to the judge to decide if Griffin, as an elected official, participated in an insurrection on Jan. 6.

“Your honor for the record I would just like to point to the fact as plaintiffs point to an insurrection that there has not been one individual to date charged with insurrection. The only people that call January 6th an insurrection is those who want to undermine or destroy an opposing political party,” said Griffin.

“I would like to start out by saying I’m not prepared as I should be today and I believe the reason for that is because I had too much confidence in the law being followed,” said Griffin.

Griffin is representing himself and says it was disrespectful of the judge to throw out his motion to dismiss the lawsuit, maintaining he did nothing wrong on Jan. 6.

“As God as my witness I did not know that I had done anything illegal on that day, I thought that we still had a right in this country to peacefully protest,” Griffin said.

The judge began questioning witnesses Monday as well. On the list to testify is a photojournalist who was at the capitol.

According to the plaintiff’s attorney, the photographer has Griffin in several photos from the U.S. Capitol on that day.